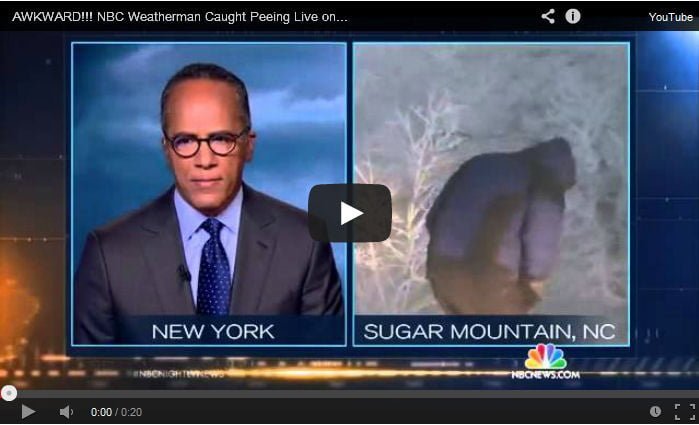 Okay so we’ve been featuring Herb Stevens, the Skiing Weatherman for years and NOW I guess we’ll need to share Mike Seidel of The Weather Channel and call him “The Peeing Weatherman” as he was literally caught with his pants down while up at Sugar Mountain this past weekend while reporting on the 8″ of new snow that was in the process of falling.

Media contacts immediately began responding with some BS that Mike had dropped his cell phone and was in the process of looking for it, but as you can clearly see – old Mike had his pants unbuckled and was clearly relieving himself awaiting his time on camera – which OBVIOUSLY came a little sooner than he was anticipating!

View the clip at: https://www.skisoutheast.com/all-videos/