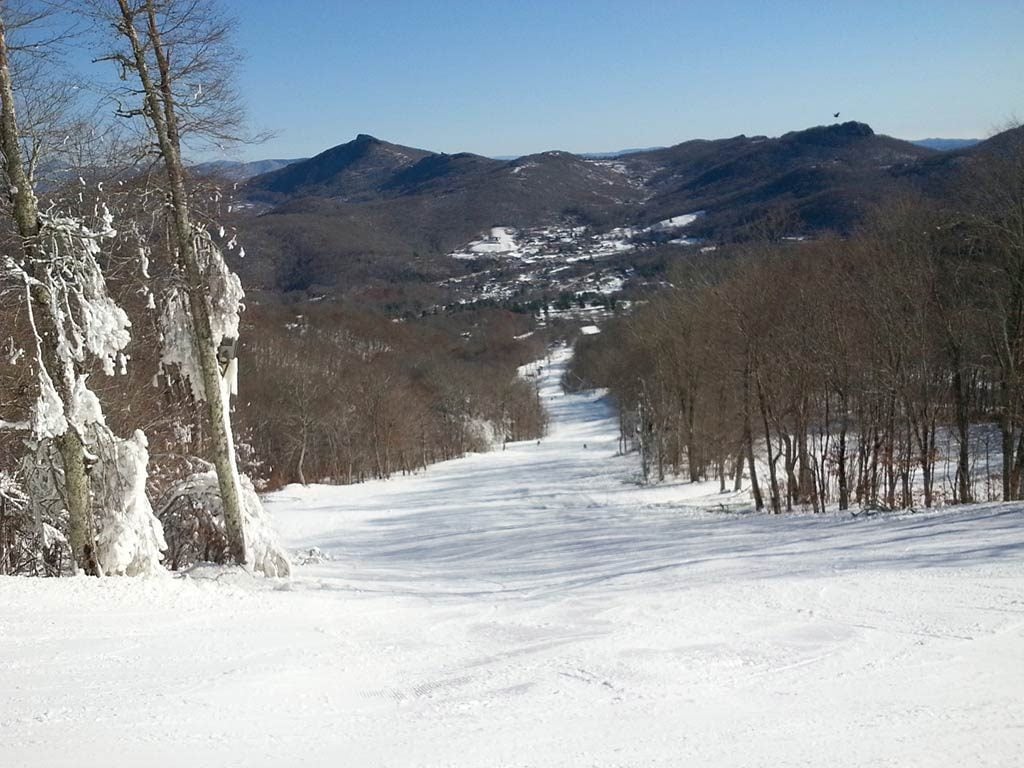 Day #3 of the ski and snowboard season is upon us.  Not much has changed since yesterday.  Cat and Sugar are still the only resorts open and they seem to be humming along.  Both of their base cams this morning are showing good coverage still and no bare ground to be seen!

I didn’t have a chance to keep an eye on the webcams yesterday, so I’m not sure how busy both resorts were but it did look like an awesome day out there.  The image at the top of this article was taken by Sugar in the morning yesterday.  Blue skies and good snow on November 3rd.  I love it.

With all of the snow here in North Carolina over the weekend, I missed out on mentioning what was happening at Snowshoe up in West Virginia.  They received several inches of snow over the weekend as well and began snowmaking operations in preparation for their opening day, which is scheduled for November 26th, the day before Thanksgiving.  Check out the Instagram video they posted from yesterday which shows them blasting the slopes.

The snow guns in action yesterday!

It looks fantastic up there! I bet you could already get some turns in on the main runs by Ballhooter. And yup, the Shaver’s Centre cam confirms that thinking. 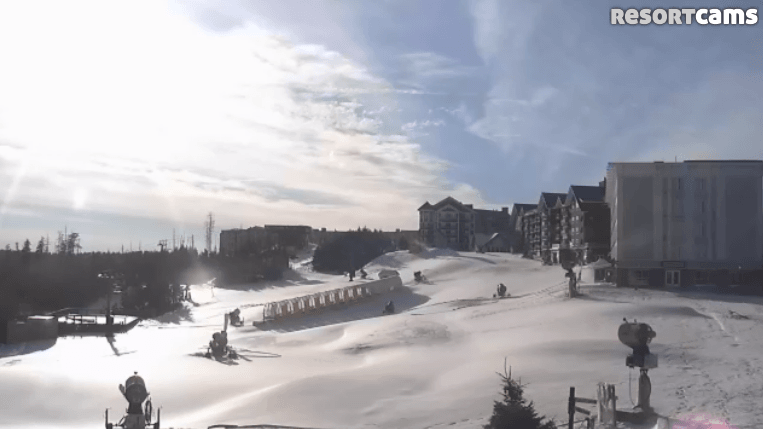 Man, it looks awesome up there.  They are already looking good for opening in a few weeks.

For you all that don’t follow Brad Panovich on Twitter, he released his annual winter outlook last night.  I was passed out by the 11 o’clock news, but he did share a photo from it on his Facebook feed.  Check it out.

Now, while he focused mainly on the Charlotte region you can see the other areas of the region on his map. It looks like he is predicting above average snow & ice for the North Carolina and Virginia resorts and he’s thinking West Virginia is going to be well above average. Woooo! This is pretty much in line with most other winter forecasts I’ve seen including Weatherbell and Ray’s Weather. All signs are pointing to a great winter for us!

In the short term, the next few days don’t look particularly great.  It’s going to be mild and there might even be some underdeveloped snow mixed in.  Today looks like a spring skiing kind of day.  The good news is that there is also some snow in the forecast for Cat and Sugar on Friday. It won’t be anything like this past weekend, but snow is snow! It also looks like they should be able to get in a little bit of snowmaking this weekend as well. I won’t lie, I thought both would have to close sometime this week but I think they might be able to eek things out to Friday when cold returns.

Announcements, announcements.  Mike went through yesterday and posted a bunch of things on the announcements page, so be sure to check it out and read about some of the happenings at the resorts.  There’s some info about opening day dates and lodging/liftie specials,

That’s it for today, enjoy your Tuesday.