NOW WE ARE MOVING FORWARD 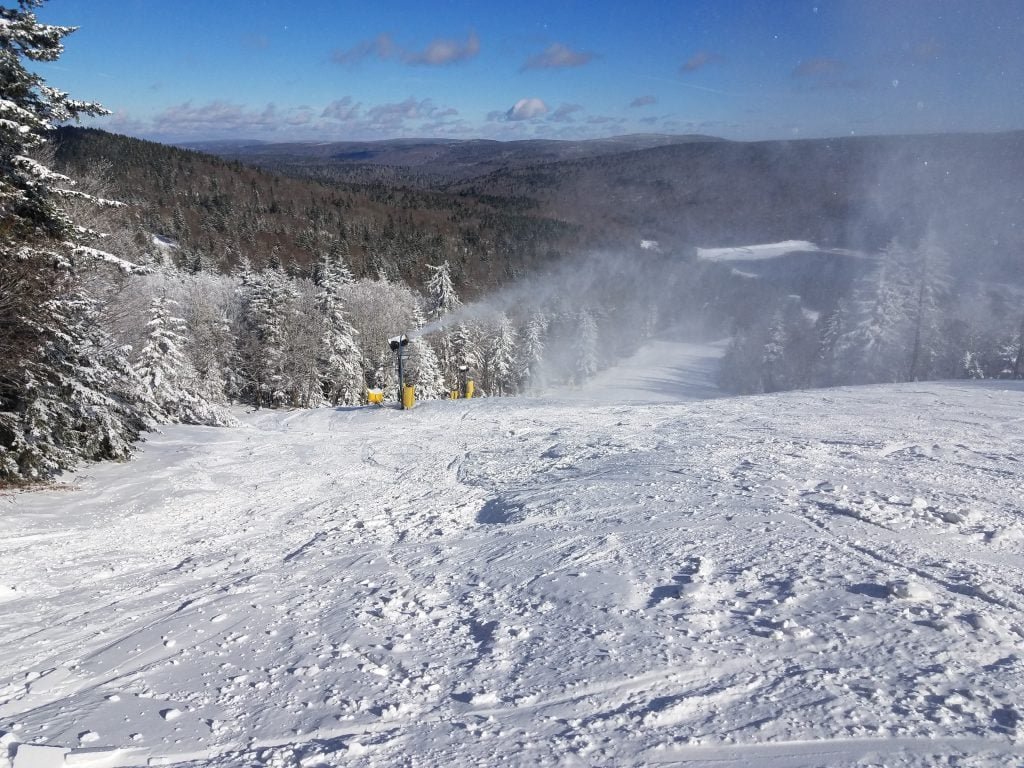 Please let me get the following out of my system early in this week’s column and for veteran readers of this internet space. I warn you, you have heard it before. As I sit down to put together my thoughts for this week’s words of wisdom, I look over to the TV and The Weather Channel and notice that cable channel has continued it’s winter marketing hype by labeling the storm that is dropping lots of snow on the southeast, mostly in North Carolina.

The sound I hear is someone running their fingernails across a chalkboard. It is a marketing ploy and I just can’t figure why people buy into it. Hurricanes are named by the National Weather Service, I don’t see them jumping onto the band wagon and this writer won’t either. There I feel better, now onto this week’s topic. 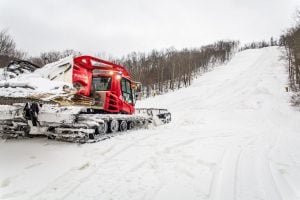 I have already mentioned this season that the money invested in higher producing snowguns has produced some of the best early season conditions, I can remember. There is no better example of that, than the fact that Snowshoe Mountain was able to get most of the Western Territory open the second weekend of December. That area includes Upper and Lower Cupp Run and Upper and Lower Shays Revenge. Folks, I am here to say, that’s a lot of acreage to cover and to have the majority of the system open is very close to incredible.

Taking a trip around the region and ever since some true snowmaking conditions settled in, all of the resorts in the region were able to get terrain open quicker with lots snow from tree line to tree line. That’s also not a phrase you usually hear from me this early in the season, but again, because of snowmaking system improvements, more terrain at a faster pace are listed open on the resorts’ snow reports.

This type of snowmaking improvements only happens when resorts can afford to make the upgrades. All of the money spent on improving snowmaking capabilities are usually earmarked for capital improvements, which usually come from income, over and above expenses. The normal everyday snowmaking activities are earmarked under the column of “Cost of doing business.”

This gets me to my point on the following thought, the more you visit your favorite resorts in the southeast region, the more lift tickets are sold. That allows the resorts to bank some of that cash and put it into what keeps skiing, snowboarding and snowtubing in the region going, snowmaking. 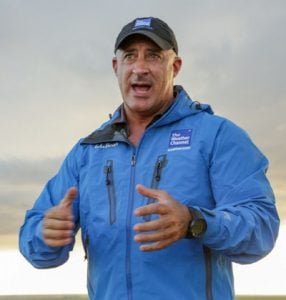 Now back to my first comment of this week’s column, I just heard one of the most familiar faces on The Weather Channel, Jim Cantore, while reporting live from Boone, North Carolina, say “Stay off the roads.” Now when the veteran meteorologist and avid skier (Mike Doble and I have both made turns with him) made that observation, almost a foot of snow had fallen where he was reporting from during the snow storm. At the same time he was saying what he did, you could see North Carolina Highway Snowplows clearing the roads in the background. Not far from where Cantore was reporting from, officials with Sugar, Beech and Appalachian ski resorts were probably reveling over the snowfall. Just watch the trail counts jump because of Mother Nature’s early Christmas present. I can’t expect any of the mountain officials being happy about Cantore saying stay off the road, when there’s fresh snow out there to play on. I am all about safety, don’t get me wrong, but if I was anywhere in the neighborhood, my Subaru would be headed the mountains. At least he just said the skiing is probably really nice today (Sunday) at Sugar, Beech and Appalachian resorts, duh. Then Kelly Cass, always a fan of the southeast ski resorts, teed it up for Cantore from the Atlanta studios, by mentioning Sugar’s snowmaking is continuing, which allowed him to say the conditions could lead to an excellent Christmas season. Thanks, Kelly, for digging Jim out of the mess he was getting himself into.

When a weather event of this nature occurs in West Virginia, my phone rings off the hook, because the media in this state understands the value of the industry and is eager to get the word out to everybody. Yea, don’t get me wrong, we still have those reporters here that proclaims the end of the world is coming and so by no means, try to drive to have fun in the various winter wonderlands. However, I am quick to point out that the natural snow is nice at the resorts because it makes everything white and pretty, but again cold temperatures will allow the snowmakers to do just that on the slopes and the only snowplows that are needed are just groomers.

What the natural snow actually does, if it is also snowing in the higher populated areas, is to make everyone think about having fun in the snow. This weekend’s snowfall, along in the mountains of North Carolina, is occurring in Charlotte, Winston Salem, Roanoke, and Richmond, all major marketing areas for resorts in the southeast. When you look outside your front door early in December and still see green grass, your mind doesn’t put the thought of skiing or snowboarding on your forehead, but if you see your front yard covered with white stuff, well you start dragging your skis and snowboards out of the corner in the garage and make sure they are dusted off and still have some sharp edges. Hopefully, before you put the equipment away at the end of last season, you took them to your local ski shop and got them ready for this year. If not, I know they are waiting for you and will help you have even more fun when you make those first turns of the season, because it’s time to move this season forward.