More March Snow is On Tap 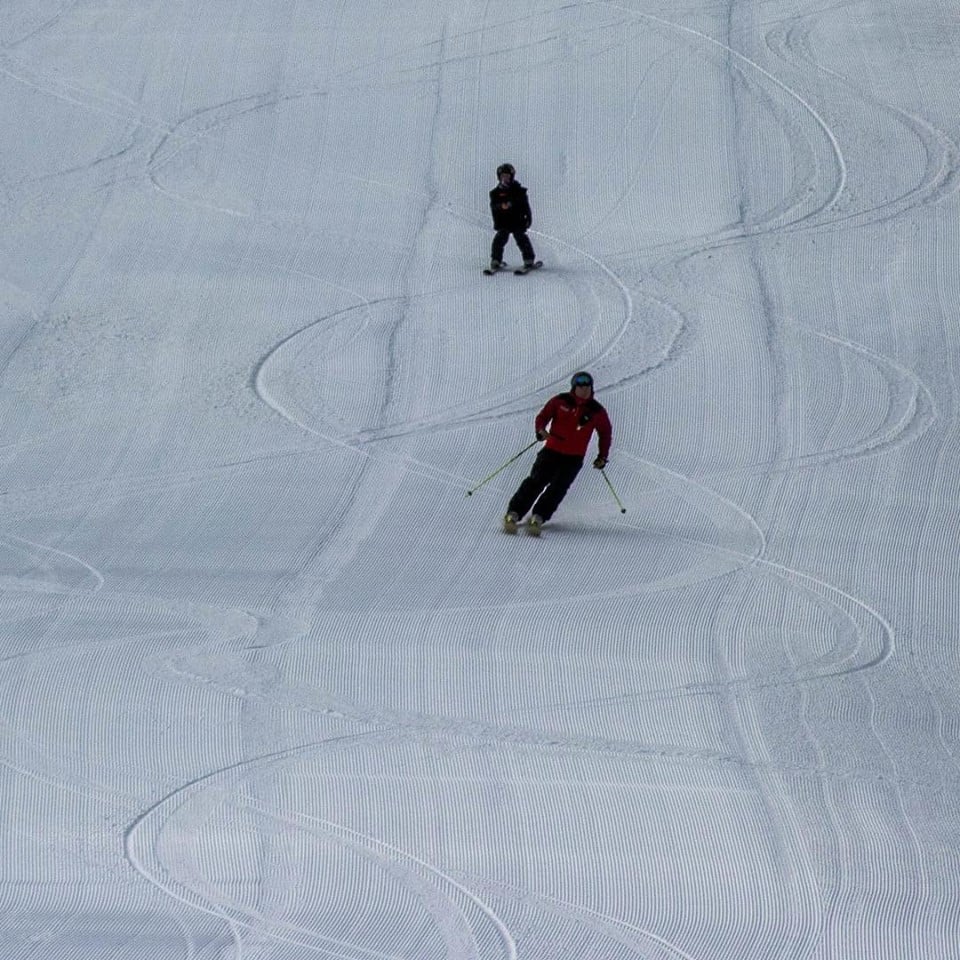 We’re into the final hours now of the 2017/2018 winter season.  Spring starts at 12:15pm today but it’ll be in name only.  An incoming weather system is going to drop light to potentially significant snowfall amounts in the mountains of the Southeast beginning tonight.  It looks like one more powder opportunity is in store for tomorrow and Thursday.

Six ski areas in the region remain open today.  The difference in weather conditions this morning at those resorts is pretty drastic.  I’m sitting here looking at the Sugar Mountain base cam and it’s completely clear with bluebird skies.  The Shaver’s Centre cam at Snowshoe reveals a foggy, windy, dreary morning.  I even saw a few snowflakes at one time.

Underdeveloped snow has been few and far between in the month of March and thankfully this round of it will be short lived.  It will pick up in the afternoon and a wintry mix is possible later today for some areas.  However, we’ll see a changeover to snow tonight for all of the remaining open ski areas.  That’s right, snow will be falling in the North Carolina, Virginia, West Virginia, and Maryland mountains tonight and it should continue throughout the day tomorrow and tomorrow night.  Below are the snowfall forecasts from several different National Weather Service offices.  I tried to get a forecast for each portion of the region.  Click each to enlarge. 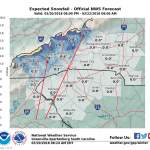 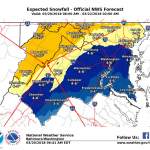 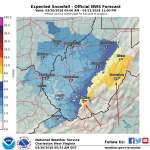 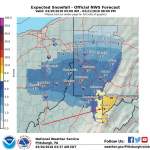 Those totals are through tomorrow evening and Thursday morning.  The general theme is several inches for the North Carolina resorts (probably more for Sugar), moderate amounts for the Virginia ones, and significant totals in West Virginia and for Wisp in Maryland.  As I said in one of the captions above, Bryce Resort in VA could be looking at their best snow event all season!  They’ve only seen 4″ of natural snow this year (according to their snow report) and this event could double or even triple that.  Massanutten should see enough snow to ensure they can open back up on Friday as well.

While the snow shouldn’t be as plentiful down here in North Carolina, this late season snow should ensure excellent conditions for the rest of the week.  Cataloochee and App Ski Mountain close this Sunday and this round of snow will be a nice last hoorah for them.  Sugar will keep going past this weekend I’d imagine but tomorrow out there should be excellent.

The heaviest of snow will of course be up in West Virginia and at Wisp in Maryland.  Winterplace is saying they’ll re-evaluate things for a potential re-opening on Friday.  I think this storm is going to make it an easy decision for them.  Snowshoe has already seen their fair share of snow this month but they’re going to get dumped on again it appears.  They’re only 21 inches shy of their annual average and they will probably get close to that number when all is said and done next weekend.  Who would have thought that several weeks ago?  It’s been the definition of a miracle March for them.

If you can play hooky from work tomorrow or Thursday, DO IT.  This could be your last chance to ski or ride in powder this year.  My friend is currently trying so hard to get me to go to Snowshoe on Thursday.  I miss the days of college where I could just skip class and go powder hunting.  That might be why it took me more than the normal 4 years to graduate…

It’s a short update today, but tomorrow should be more entertaining.  We’ll have plenty of snow to talk about!  Check back then!