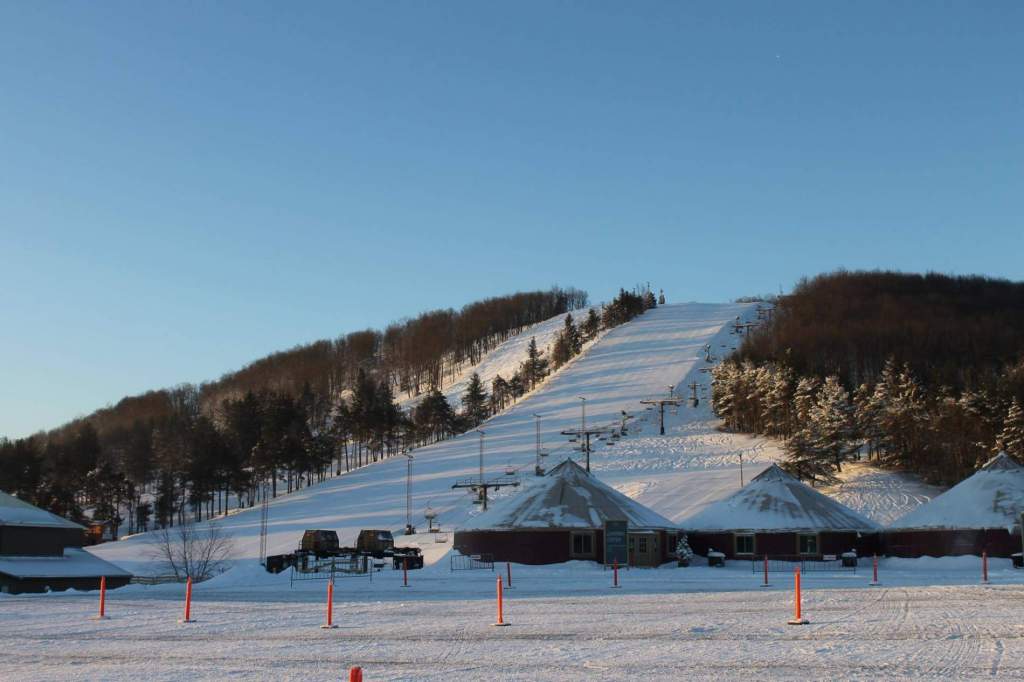 The 2017/2018 season will technically last until at least April 1st as Snowshoe is set to stay open until then, but this is probably the last week for many of the remaining open resorts.  As has been the case with the rest of the month of March, more late season winter fun is in store as natural snow is in the forecast from the North Carolina mountains all the way up to Maryland.  The amount of snow is still uncertain, but it should be a fun week regardless.

It turned out to be a very nice weekend to make some turns and the impact from any wet weather was minimal.  My in-laws were in town so I didn’t really keep up with things at the resorts, but I will say that down here in Charlotte it was in the 60’s both days. When it gets that warm off the mountain, people’s minds start to transition from winter to spring mode, mine included.  Many ski areas in the region close each season due to a lack of visitors, not a lack of snow.  That is true once again this year as we had four ski areas shut down yesterday.  Timberline, Winterplace, Massanutten, and Wintergreen are all closed today and if you take a look at the webcams at each you’ll see that there is plenty of snow.  There is the hope that three of those resorts will open back up for the weekend depending on the weather this week, but it could be it for them.

For now though, we’re down to six open ski areas in the region.  I breezed through the snow report in no time this morning.  Here’s a quick look at the current open resorts and their operating schedules for the week ahead.

As I mentioned, we do have the potential for some re-openings later this week and that is due to the fact that we have snow in the forecast.  I started last Monday off by talking about how March snow events just seem to have a bit more hoopla with them and it seems that this week’s snow possibility is getting pretty hyped up as well.  Rain is going to move in tonight and stick around tomorrow before transitioning to snow on Tuesday night.  The snow will keep falling on Wednesday and it will be widespread as North Carolina, Virginia, and West Virginia/Maryland resorts will all get in on the action.  How much snow?  Well, that depends on which media outlet/weather model you want to look at.  If you read this article on a daily basis, you’ll know that I like to use the National Weather Service for forecasts and I’ll do it once again this time around.  Here’s their current thinking for totals by Wednesday evening. 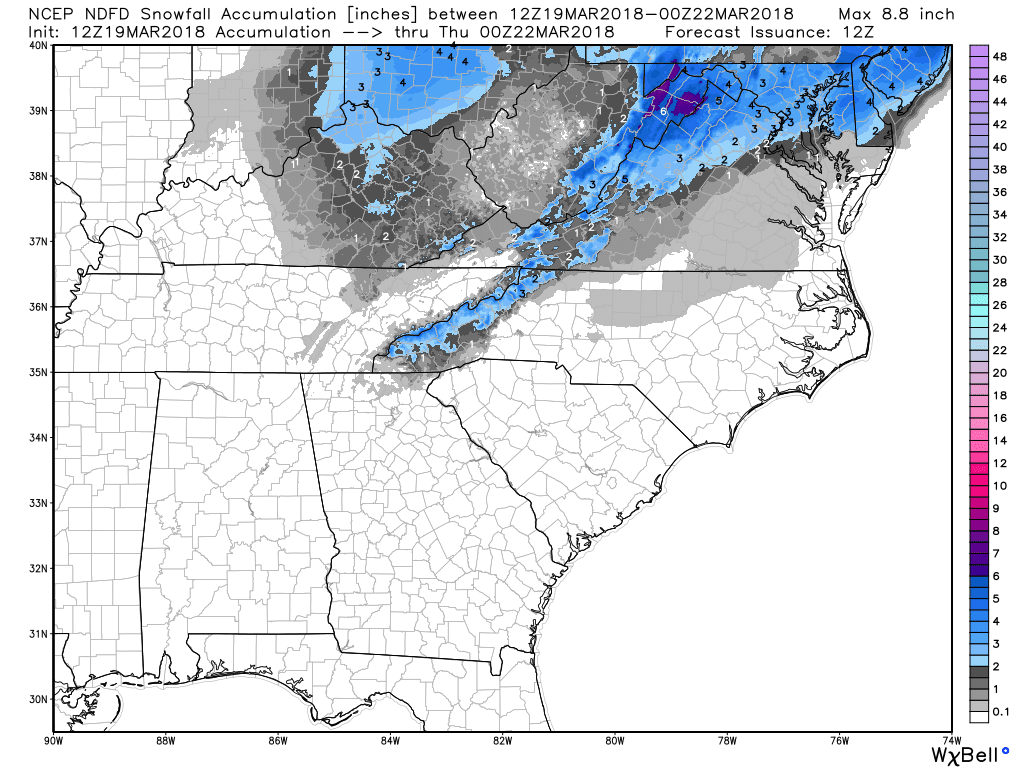 They are definitely on the more conservative side compared to others and have several inches for the North Carolina and Virginia resorts with pockets of heavier totals in West Virginia and for Wisp in Maryland.  For an idea of how much uncertainty there still is, the NWS has 3-4″ of snow for Wintergreen right now while Weather Underground currently shows 4-8″.  Forecasting fun.

Wednesday looks like a good day to play hooky from work and get in one final day of skiing or riding with fresh snow.  Hopefully we can get to the higher end of the snow spectrum and see some re-openings.  Wintergreen and Massanutten are both mentioning they might open back up if they see enough snow.  If they get snowfall amounts depicted by the NWS, I don’t see that happening, especially with the rain beforehand.  Hopefully I’m wrong.  Winterplace says they will re-evaluate things for Friday.  We’ll just have to wait and see.

It’s the final week for most of the remaining open ski areas, so make plans to go skiing or snowboarding if you can!