Lindsea Lumpkin has best season yet! 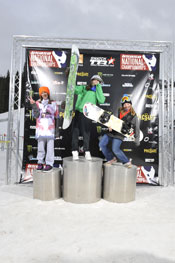 Skisoutheast.com and affiliate site SkiNorthCarolina.com have been sponsoring rising snowboarding star Lindsea Lumpkin since she was just 6 years old (she’s 12 now), and this past season was one of her best yet! Starting out on the slopes at just 2 years old, Lumpkin spent a great deal of her younger years honing her skills at the Youth Learning Center at Beech Mountain and started snowboarding competitively at the tender age of 6. Her skill coupled with an amazing drive keeps her winning at almost every competition she enters; we look forward to seeing Lindsea compete for years to come, and we foresee a bright future for her in the Olympics should she choose to train and compete later. Read on for a recap on what competitions Lindsea medaled in during this past winter season, and find out what her plans are for this upcoming season!

Amazingly, Lindsea medaled in 15 out of the 24 national competitions that she entered, making us quite proud and furthering her career in snowboarding. At the USASA Rocky Mountain Series she won medals in every single event: giant slalom, slalom, boardercross, superpipe and slopestyle. She took home 11 gold medals and one solitary bronze medal at this event! At the USASA National Championships at Copper Mtn, Colorado, Lumpkin was recognized as the #2 Overall National Champion in the Menehune Girls Division after she won medals in all 5 events, most importantly the gold in the Giant Slalom event which made her a 2 time National Champion at only 12 years old! Her medals in the other events at this competition included 3 silvers in boardercross, superpipe and slalom, and a bronze medal in slopestyle. 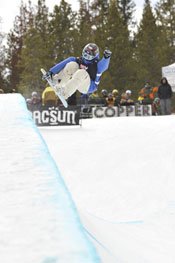 Because of Lindsea’s impressive wins and placement this year at Nationals, she was invited in May to train with the Junior Gold Camp Project in Mammoth, CA. The project is the renowned US Development Team coached by Bud Keene who coached the 2006 U.S. Winter Olympic team at Torino. Lumpkin was one of only 20 kids selected to train at the project. After her outstanding finish in all divisions at Nationals, Lindsea also received the Gene Gillis Award from Team Summit for Excellence in Snowboarding.

Lumpkin hails from Georgia, but after her impressive 08/09 season she plans to move west to Frisco, Colorado to join the training team at the International Snowboard Training Center. Her coach will be Jim Smith, the former head coach of Team Summit, and the author of The Art of Snowboarding. In order to fulfill her plans to become an Olympic boarder, she will spend the 09/10 season living in Frisco, Colorado with her family. We wish Lindsea the best of luck this upcoming season. Go Lindsea!