Life is Good…We’re back to Pristine looking across the region. 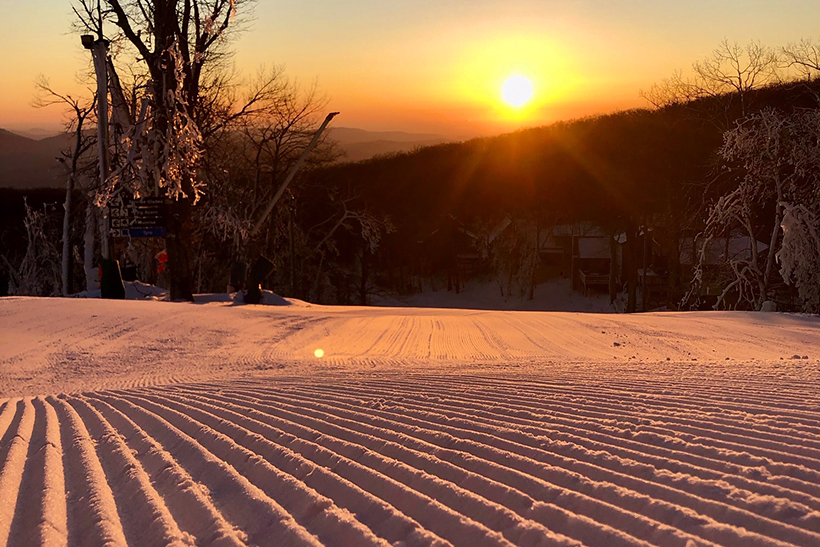 You guys know that Sunday is my day to ramble, so just know that there’s no obvious organization to what I post or the order of it. Full the full snow report, click here.

Photo of the Day was from Wintergreen Resort from this week.

Of course, you can watch the snow report below:

It always tickles me as I post the video snow report above here on FirsTrax, to see 100 or so of you have already viewed it via Facebook. (Is it REALLY FirsTrax if others have beat me to it? Hmmmmmm. Bear in mind that our videos are also streamed on YouTube as well.)

We had some fun posting the fact that seemingly every time that there’s been a forecast for significant natural snow this season, it’s been an under-performer.  Late last week our own Brad Panovich, the NWS and many other meteorologists in the region were forecasting 2-4″ of snowfall in the mountains of North Carolina, but as much as 5-8″ into West Virginia and Maryland. There were even some predictions for as much as a foot of snow.

Fast forward to today – it didn’t happen. In fact, while the NC ski resorts did see from 1-2″, the Virginia ski areas saw little more than a dusting and Canaan Valley reported 0.8″ of snow, and Snowshoe and Wisp reported 1″.

We still have snow in the forecast today across many of the region’s mountaintops, and it is snowing as of this post up around Canaan Valley, etc – but no real accumulation is expected.

I guess the GREAT NEWS is that cold temperatures are here with around-the-clock snowmaking happening in many areas and the 10-day forecast looks great all the way across the board so make your plans to get up to YOUR favorite mountain and take advantage.

By the way, we are STILL seeing a setup for more snow and (MAYBE) significant snowfall as we get closer to Friday night and Saturday – BUT LET’S KEEP THIS TO OURSELVES. Don’t wanna jinx yet another good chance of snow. 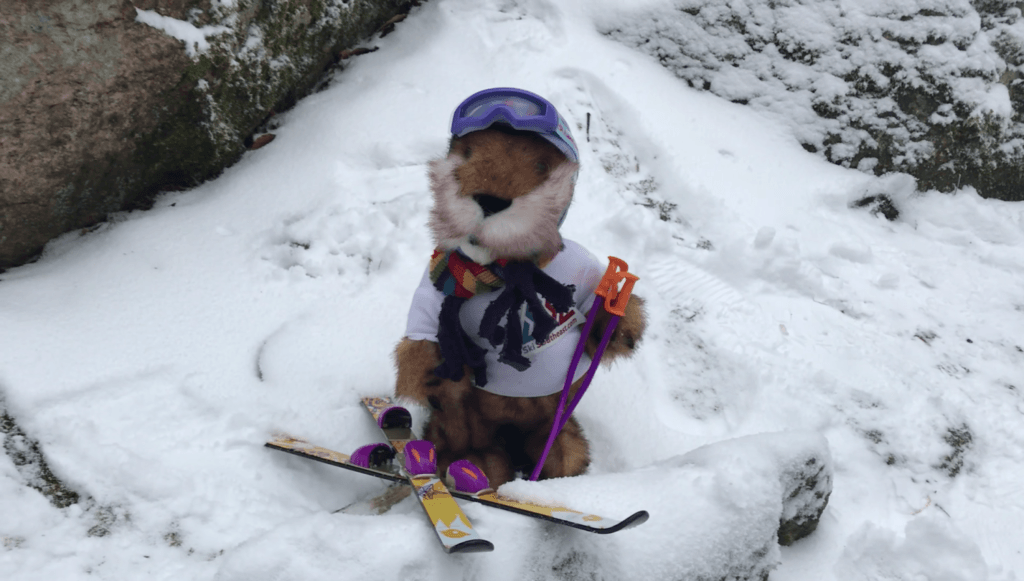 According to unnamed sources, there was a sighting of “Southeast Si” on Beech Mountain on Saturday. Unlike
Punxsutawney Phil, our furry, little rodent likes to get out “among the people” and he’s a skier himself. (I hear he IS taking up snowboarding as well.)

Unlike his relative from Punxsutawney, Pennsylvania, Southeast Si vacates his borough often and word has it that he’s not been exactly tight-lipped about sharing his forecast for this winter – especially with pretty ladies. (Go figure!)

We have it on good authority that he has planned a press conference for later today. Stay tuned.

Shaun Scavone, one of our Facebook ‘super fans’ was at Beech Mountain yesterday and he posted this pic and noted, “Was (at Beech) yesterday during the snow. Had a blast!! Back to Sc I go.

Here’s a look at your Sunday Resort Deets

Snowshoe has seen 8″ of snow in the last 7 days.

JOIN US AT THE SKISOUTHEAST SUMMIT

We’re up to around 40 attending so far. Things are booking up at Snowshoe and if you want to attend our Summit, don’t delay in booking as Snowshoe might get 100% booked soon. 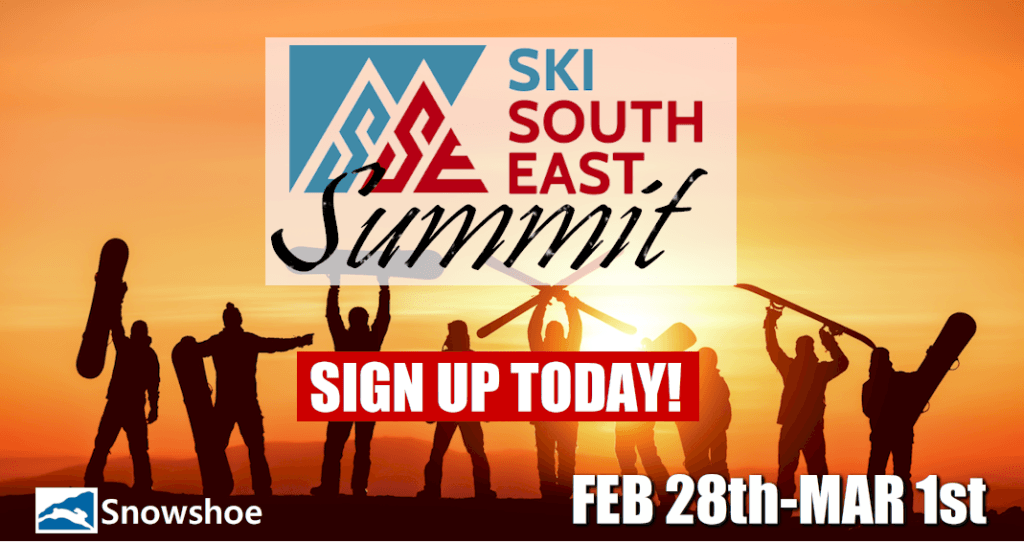 Some Inflated Base Depths Being Reported

Long time readers know that I used to rant on this subject so often that it became the dead horse that I must have beaten so many times that I had to simply move on. The truth is I kind of moved on because, in the grand scheme of things, it REALLY didn’t/doesn’t mean anything. As we always share – you only need a few inches of good snow under your skis or snowboard and anything over that is marketing numbers anyway.

I suppose the reason I’m bringing it up today is two-fold.

One – just a few days ago we were seeing discolored snow, bare spots and thin coverage areas on most EVERY trail open in the region. In fact, as I looked around the region even this morning, I am seeing evidence of some rather thin bases on some trails.

Two – while our ski resorts can create a manmade blizzard on their mountains, they can’t rock out six feet overnight and even with four-to-five awesome nights of snow making temperatures.

On top of that, when we were seeing almost complete HALVES of base trails covered in mud a week or so ago at some resorts – their base depths never really reflected depths like 5-24″ (with bare spots). Yes, resorts MENTIONED bare spots, but when those bare spots surface, that HAS to bring down those reported averages like 29″-68″ of base.

As a longtime “industry insider” I can tell you that there are SOME resorts who probably have an AVERAGE of 30″ or even 40″ of base when you consider that some portions of their open terrain might be covered by 80″ of snow.

However, the base depth numbers have REALLY soared across the region in the last few days…and I think there’s more MARKETING to those numbers than accuracy. I have long been a proponent of single-digit-base reporting and so happy to see that many ski areas have adopted that in the last few years. Among them are:

…and I would say that those averages are pretty accurate. I could also agree with:

I have to be honest though, I think the other resort’s are being somewhat disingenuous with their numbers. If you look at ski areas that are reporting 40″-80″ bases across 12-18 slopes (more or less), then you are saying that you have an average of five feet of base on your mountain. All it will take is 4-5 days of mild weather or rain again to prove that isn’t the case.

Brad’s an awesome guy and he shared some real insight into the fact that this season has been “a 9 out of 10” so far, despite the perception otherwise. Good skier visits and good conditions for the peak periods.