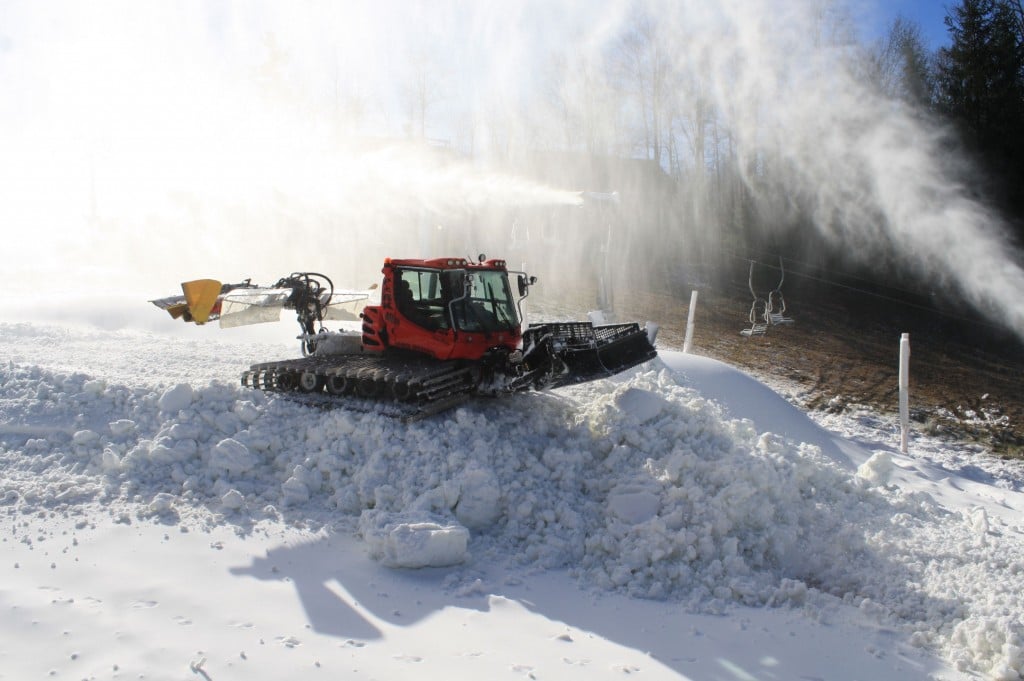 We are now at basically the midway point of the 2019-2020 ski season in the southeast region. To say it’s been a bit of a roller coaster ride is probably one of the biggest understatements I have made in recent memory. The ups and downs have been many, but that is all behind us as we move forward to part two of this ski season.

As I look back though, one of the biggest changes I noticed this year is how the majority of the resorts’ mountain operation teams have approached the task of getting slopes open for skiers and snowboarders to enjoy. Yes, as always there was again the race to be the first open for those all-important bragging rights. However, for the most part, what I noticed was the effort of the snowmakers to provide an abundance of snow on a trail, before opening it for skiers and snowboarders. Meaning mountain ops teams this year seemed to have the thinking that quality trumped quantity. That’s why you saw less trails opening early, but what was available had a whole bunch of snow on it from tree line to tree line.

By doing that, the majority of the resorts have been able to provide continuous skiing and snowboarding since dropping the ropes on opening day. Now snowtubing took a hit at every resort that provides that activity, but the suspension of snowtubing operations didn’t last long as snowmakers again turned things around quickly.

The terms snow farming or stockpiling are becoming the norm in the winter sports industry. Take for instance my recent Friday night Hurricane Middle and High Schools Ski Club trip to Winterplace Ski Resort, when reaching the top on my first ski lift ride, I quickly noticed a very large pile of snow, piled up off the trail, but ready to be used when the temperatures turned mild again. That folks, by the way, isn’t if the temperatures turn milder, it’s just when. Remember, we are located in the southeast. As I made my way around the resort, from trail to trail and lift to lift, I noticed a number of those stockpiles of snow and checked the little box in my head, knowing that Winterplace was thinking ahead to that next unfortunate thaw period.

During my last visit to Winterplace two weeks ago, things were getting thin on the slopes. That was not unusual for all of the resorts in the southeast as unseasonable temperatures were taking their toll on the manmade snow that was covering the slopes. But again, since the snowmakers made sure the trails started out with an abundant base, for the most part, the trails stayed open when the temperatures rose throughout the region. I realize there are some of you that said the trails were open, but it wasn’t tree line to tree line. To that, I say, hey learn to make tighter turns and enjoy what is available at the time you are on the slopes. Remember that glass half full thing, okay?

I have had and continue to have discussions with a bunch of you about just how much snow do you really need to enjoy your time on your skis or snowboards. What I am getting to is, do you go to a resort because of the base depth on the trails? I sure the heck hope not and I am not talking about taking your skis or snowboards through bare spots either. This might make a couple mountain ops folks a bit disturbed, but I have always thought base depths are sometimes driven by egos. But I digress.

So far this season it has been all about snowmaking and for those resorts (most of them) who have continued to invest in snowmaking infrastructure, it has paid off as Mother Nature has been a bit delinquent in providing natural snow. Gosh, just think where we would be right now if the resorts in the southeast depended solely on natural snow for coverage on the slopes. If you think I would be writing this column right now, you are more gullible than I thought.

The millions upon millions of dollars spent on snowmaking infrastructure in the past seasons is the reason, and I am here to say, the only reason we are skiing and snowboarding in the southeast right now. Just take a tour about the resort web cams on this site and you will see in real time, just what snowmaking has meant this season for every resort in the southeast.

I am going to step back for a second from this week’s topic and bring to all of you another observation I made this past Friday at Winterplace. To back up a bit, when I was at Snowshoe for 16 seasons, I basically was able to pick my days when I made some runs. Admittedly there were very few days I was on the slopes during a “underdeveloped snow” event.

Well this past Friday, light rain was falling when I ventured onto the slopes and, well my attitude wasn’t as good as it probably should have been riding my first lift to the top of my first trail. Poor, poor pitiful me, right? As I looked down from my chair, a young skier, probably three, four or maybe five years old, was making his way down the slope, having a great time. That snapped me out of my weather depression and thought, if he can have fun so can I and I did.

After making about a hour of turns in the conditions that were going on, I had to then focus my attention of helping check in nearly 100 young skiers and snowboarders (see above), knowing their attitudes might be swayed by the weather at hand. To make a long story short, I don’t think I heard one complaint about the weather. They were just happy to be skiing and snowboarding with their friends and made the best of what was dealt to them. Makes you seasoned veterans out there stop and think, doesn’t it?