Last Day for Bryce and Winterplace 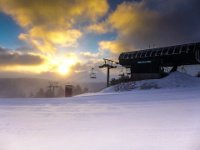 We have 2 more resorts closing today, Bryce and Winterplace in Virginia, while just about all the others will close down tomorrow.  Remember that Wintergreen and Snowshoe will open back up next weekend for the final final.

Bryce started this season over Thanksgiving weekend, which was one of their earliest starts on recent record.  The prior season, 2012/13, Bryce opened on December 22nd and the season before that on December 16th. 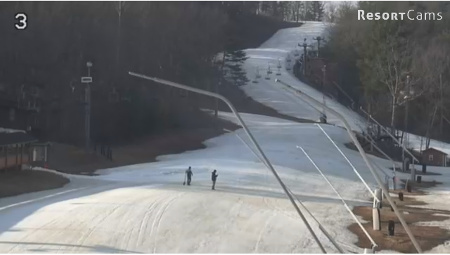 Sweating the details for a great final day at Bryce

Winterplace started their season on November 29th, Thanksgiving Weekend, this year as well.  Winterplace did close the following week to give more time to lay down snow on the slopes and then reopened the following Friday, December 6th, for good.  Just like most of our member resorts, Winterplace opened a full 2 weeks ahead of schedule.

Good runs for both.  Congratulations on a GREAT season, and we look forward to seeing you again in November (hopefully!).

I know I keep on saying it, because it is true, we are coming off one of the best ski seasons in the Southeast and Mid-Atlantic that we’ve seen in a very long time!  I hope you guys were able to take advantage of the early starts, exceptional conditions, and extended seasons.  Unfortunately, this is not the weekend we would have chosen to go out on as rain is plentiful around the entire area today.  But, let us not forget that we are operating on borrowed time right now, and anything is better than nothing.  There is colder weather heading into the area tomorrow which could provide us with one more snow!

Tomorrow will mark the last day for Sugar Mountain in the North Carolina High Country (the lone NC resort still operating), Timberline in West Virginia, Massanutten and The Homestead in Virginia, and Wisp up in Maryland.  Wintergreen in Virginia will cease operations temporarily after tomorrow but will pick back up for one more day of debauchery on Saturday, April 5th, and Snowshoe in West Virginia will do the same but include both Saturday and Sunday of next weekend as their last.

We will not be doing our daily First Trax posts starting on Monday, but will pick back up again before the weekend to share with you what to expect.  I have grand illusions of making it out one last time myself, but time will tell.

If you’re heading out today, you may get wet as rain moves into the area later this afternoon, but then again you’ll be skiing or boarding on the final weekend in March.