Cataloochee Closes for the Season 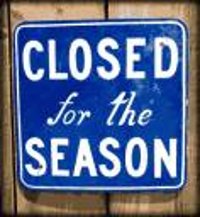 Cataloochee surprised us a little yesterday when they announced that due to the poor weather outlook for today and the weekend that they decided to go ahead and close down for the season after yesterday’s day session.  If you didn’t get this news, be sure to follow us on Twitter to make sure you’re getting the latest.

Cataloochee still has good snow on the ground, but based their decision to shut down on the overall experience visitors would have on the slopes, and to be honest with the rain in the forecast it would not have been all that great.  So kudos to Cataloochee for putting the experience first!

As a final tribute to Cataloochee, I would like to once again share with you their opening day and me riding in the cat with mountain manager Chris Bates.

Great folks and a great mountain.  We will miss you!

This leaves Sugar as the last resort open in North Carolina – no real surprise here.  Sugar has announced this morning that they will close down for the season after this weekend, Sunday March 30th.  Sugar accomplished what they wanted this year – to be the first NC ski resort to open and the last to close.  Sugar is holding up pretty good for the most part with a 18-70” base and 19/20 runs. 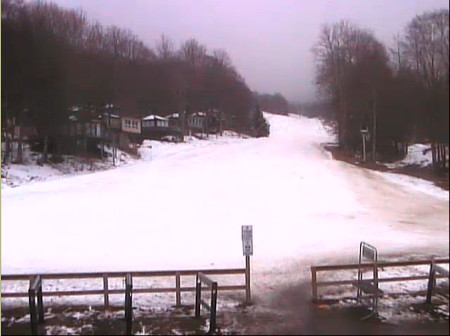 The base cam at Sugar

I’ve got to be honest.  Coming into this week, with the storm we were anticipating, I knew that it was going to be an interesting one, but I had no idea we were in for what we got.  We started out with another season extension (Winterplace), a good healthy snow storm that dumped up to 8” on the Virginia and West Virginia mountains, Wolf Ridge’s upper lodge burning down on Wednesday, and then Cataloochee announcing they were closing down after the day session yesterday. You can’t claim that it was a boring week, that’s for sure.

On the Wolf front, I’m working on putting together an article with the timeline of how things happened at Wolf starting back at the end of last season when Mike first broke the news that Wolf was being sold.  We got into a little bit of hot water over that announcement, which partly contributed to how we handled the news that we shared with you back in February when Wolf Ridge was transferred back into the hands of prior management.  We knew about the drama and the sheriff’s involvement, but after talking it over we made a conscience decision not to get involved and to stay above board.  Well, the cat is out of the bag now, so I think it’s OK to now share what we knew and when.

There’s plenty of drama yet to come of this, given the report of broken windows last week at the upper lodge and that the sheriff’s department is leading the investigation into the fire.  So, I’ll place the article under announcements in the next day or so and we’ll keep it going throughout the summer and treat it as a working document as we add to it as more news comes to light.  And I for one believe there will be more news.

Most of us are looking at our final 3 days to be able to make turns this year.  We will get one more chance next week for those who are lucky enough to call Snowshoe or Wintergreen home, or those who can hit the road – but for the most part this is it.  Unfortunately, this is not the going out weekend we were hoping for as wet weather will rule the weekend for the most part – with a 50% chance on MORE SNOW up at Snowshoe on Sunday!