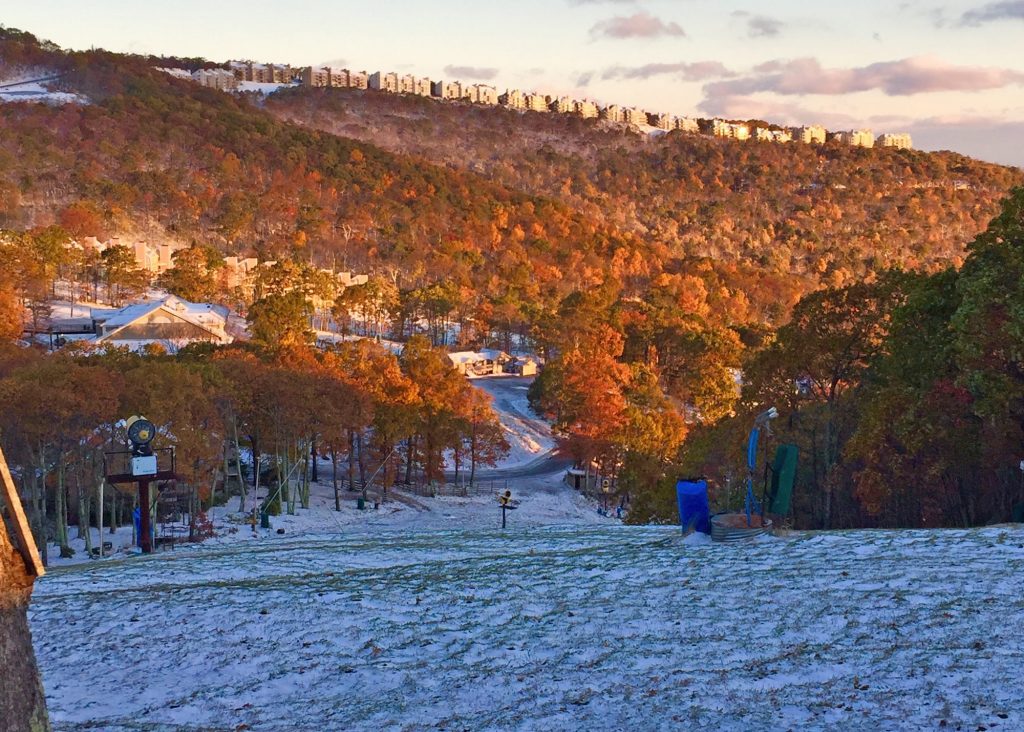 It’s early November and according to Beech Mountain Resort, their season begins in just “two weeks and five days and change” (as of this post). That will HOPEFULLY (weather permitting) be Friday, November 24th, the day after Thanksgiving. That WOULD constitute a traditional opening day/weekend as that’s when a lot of the ski resorts around the Southeast and mid-Atlantic have opened over the decades since southern skiing became “a thing”.

The most important qualifier as far as that potential opening date for Beech or any of our ski resorts are the words, “weather permitting”. That basically means if we see a few days of overnight low temperatures in the upper 20s and low 30s, we could see enough snowmaking efforts to open.

Here are some other ANNOUNCED opening dates:

Will those opening dates become a reality?

THAT is the question being emailed to me about 20 times a day over the last week. The short answer is – STAY TUNED because as the everyone who lives or does business within our mountain communities will tell you, “If you don’t like the weather, just wait a half an hour and it will change.”

I’ve experienced numerous October and November days when I began the day playing golf at around 55-60° with some nice sunshine only to see it drop into the 30s and snow.

However, based on what I’m seeing in the long range forecast, I don’t see a lot of snowmaking in the 14 day forecast. Any forecast projected out more than 5 days is spotty at best, however, long range forecasts HAVE gotten a bit more reliable than they used to be and even up around Snowshoe in West Virginia, I’m only seeing November 9th-14th or so with real chances of making snow. After that is anyone’s guess right now.

Ditto the above with a slight tweak up a degree or so at the other ski area locations.

So translation: I’m thinking that we may be waiting on something a little later on the calendar as a start to the ski and snowboarding season for our Southeastern and mid-Atlantic ski resorts. (Of course if the weather takes a colder than expected turn, we’ll be the first to tell you.)

Everyone was excited to see some snowfall on October 30th! I was in the midst of some busier-than-usual “Appnet business” (see my real job) and my INBOX and phone started blowing up with reports and photos. I have assembled a staff of peeps this season who will be “spot on” with reporting as we get to opening day, but admittedly we should have gotten you guys some of those photos, videos, etc.

In terms of reported snowfall, we received and retrieved reports from various sources, and most of the resorts didn’t even claim any measurable snowfall on their own websites – other than Sugar Mountain Resort, which DID report a very accurate 1″ of snowfall. Most talked about the snow a bit and reported from 1-2″ of snow via their social media accounts. We updated our SNOW REPORT to reflect those totals as we saw them. 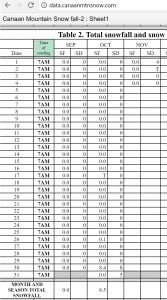 The MOST snow BY FAR was reported in Davis, West Virginia (home to Canaan Valley and Timberline Resort) where David Lesher who operates an official snow reporting station there, reported 8.4″ of snow! See: http://data.canaanmtnsnow.com

You can click the image to the right to see the 8.4″ snow entry in his daily report. That is not a mistake as the snow depth remained for a few days.

Everyone else pretty much saw about 1″ of snow or less. We were surprised to see that Snowshoe didn’t get more, but even according to the office Weather Station there (http://www.nws.noaa.gov/view/productview.php?pil=HYDRLX&version=15) they only saw a TRACE of snow on the 30th.

Snowshoe Mountain Resort was THE FIRST and ONLY ski resort to make snow so far this pre-season on that same date. 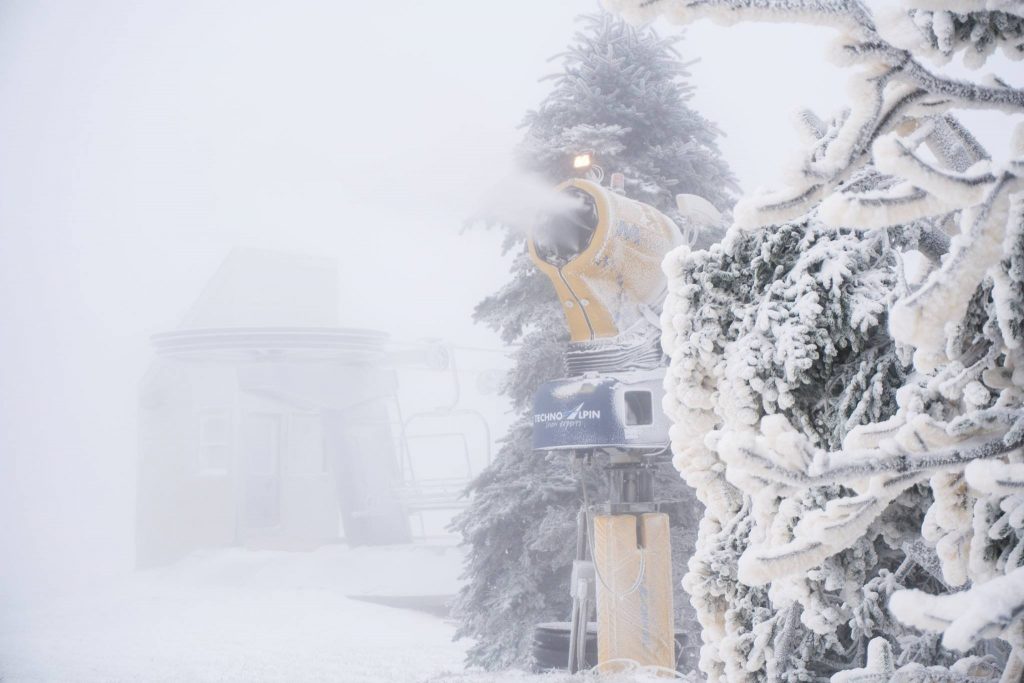 See those reported below:

8.4″ at Timberline Resort
2″ at Wisp Resort
1.75″ at wintergreen
1″ at Sugar Mountain Resort
1″ at Snowshoe Mountain
1″ at Winterplace
.5″ at Wolf Ridge
.2″ TRACE at Cataloochee
.2″ TRACE at Appalachian

Here are some additional photos with permission from the various ski resorts:

Click to enlarge shot of Wintergreen Resort on October 30th, 2017 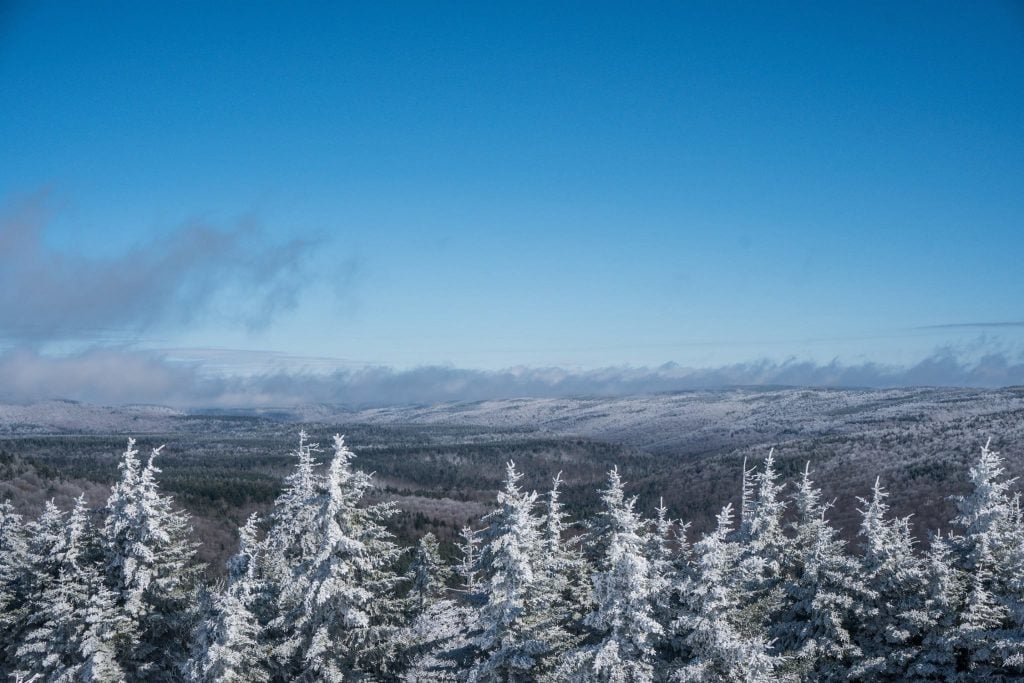 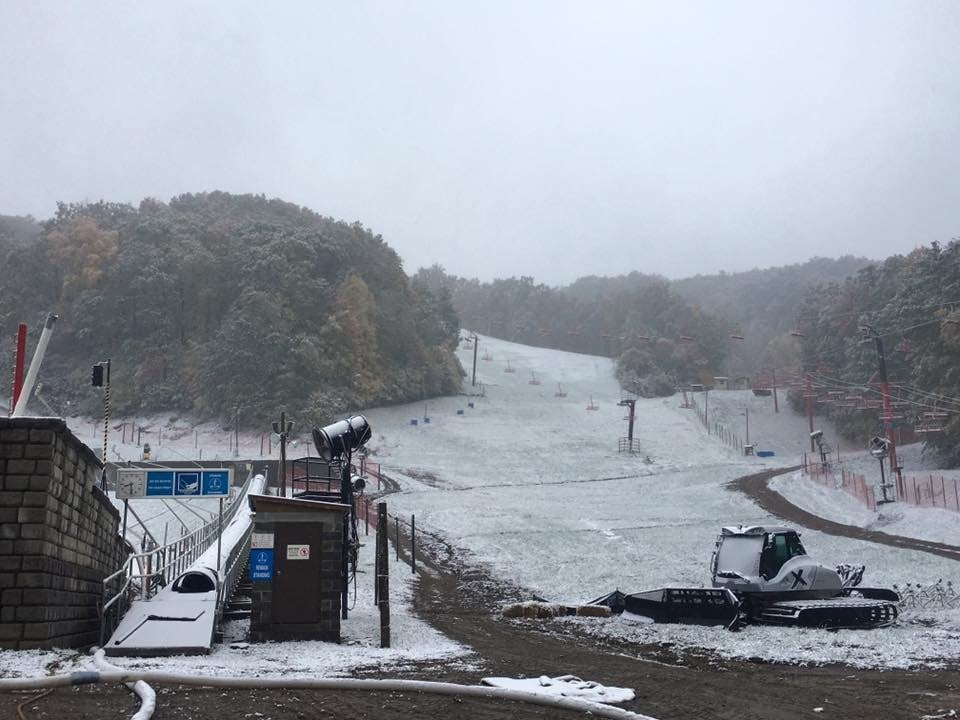 Ober Gatlinburg got in some natural snow! Mt LeConte saw a bit more! Click to Enlarge!

Are You Ready For Some Winter Sports Activity? Probably Not. If not…check out this Wintergreen Resort video!

The Virginia Resorts are Doing Some Promos…check these videos out!

That’s going to do it for me today. Email me anything, anytime at: [email protected]