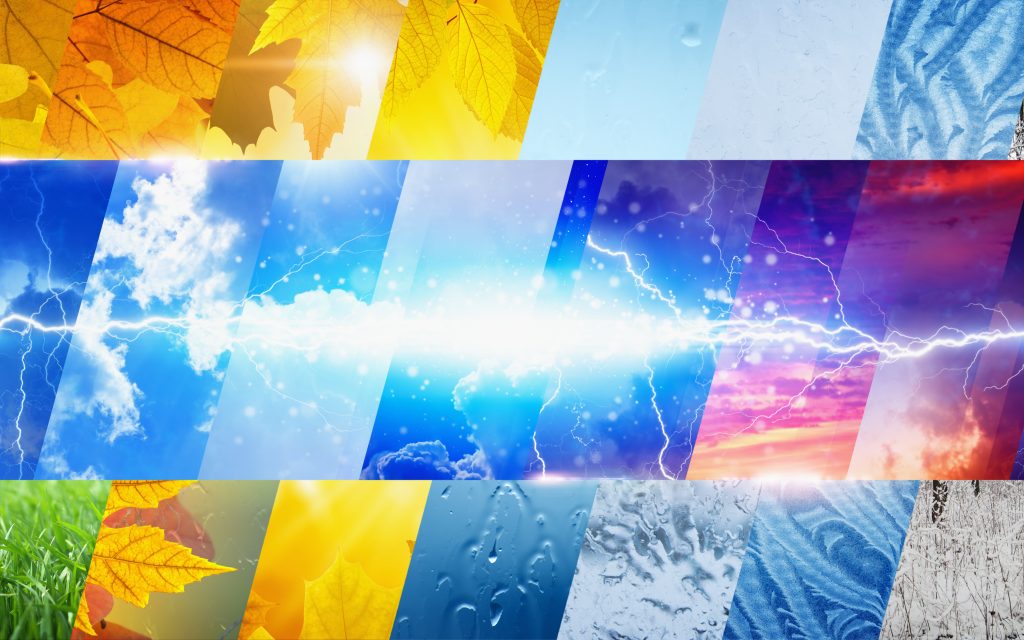 As I scribe my first Snow News Is Good News of the season, it is cloudy and in the low 40’s at our home here in Scott Depot, West Virginia, but in the mountains the temperature is 26 degrees; it’s snowing, and the snow guns are operating. Another good example on how the temperature is very different from the low lands to the higher elevations.

Speaking of snowmaking so far only Snowshoe is making snow in earnest, as resort officials ready for their upcoming Thanksgiving holiday opening, which is, at this writing still to be determined on which day – probably the upcoming Friday or Saturday for West Virginia resorts.

Like I have done since starting this column a lucky thirteen years ago, I checked in with some of my friendly and well dialed in weather experts to see what they thought was going to take place this season for skiers and snowboarders in the Southeast and mid-Atlantic regions. I have seen a lot of pictures from resorts testing their snowguns when the temperatures have dropped, so I know everyone is ready to get going.

Here are their forecasts: 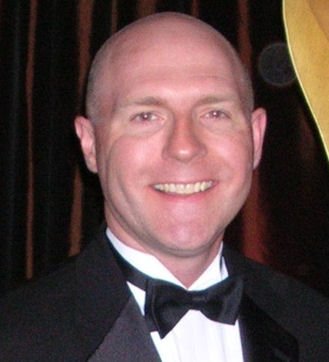 From long time weather forecasting friend Sean Sublette, who is a staff meteorologist at Climate Matters in New Jersey. Here is what Sean is forecasting for this year:

This winter’s weather pattern will be influenced by the La Niña, which is the cooling of the water in the tropical Pacific Ocean. The winds that allow this cooling also affect the average jet stream track in the Pacific and over North America.

This tends to shift the major storm tracks westward into the Ohio Valley and make for milder than normal conditions in the Middle Atlantic. However, the strength of the La Niña is marginal, which means its effects will be tempered.

In fact, many winters with a moderate La Niña actually end up colder than normal in the Middle Atlantic, meaning that a small shift in the jet stream still allows plenty of cold air to arrive from the Arctic. And this is the scenario that seems most likely.

With that in mind, my guess is that it will be a near average season for the Middle Atlantic, but those resorts which are on the western facing side of the Appalachians should benefit from repeated, but short-lived shots of Arctic air. Those shots of Arctic air are forced up along the west side of the mountain chain, making for clouds and several hours of snow, so locations like Canaan, Snowshoe, Winterplace, and Ski Beech should have a good season. 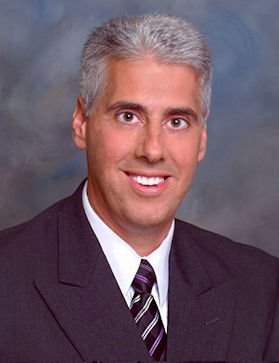 Again this year, I reached out to a weatherman, who is also a ski instructor, Joe Murgo, Chief Meteorologist at WTAJ-TV in Altoona, PA.

Here are his thoughts:

I believe this winter season is going to be more of a front-loaded winter which will get skiers and southeast ski resorts excited at the beginning of the season but all is not good news for the entire season. North American snow cover reached a high extent by the middle of November, in fact reaching one of the highest levels over the past decade. This will fuel some blasts of cold from late November into December. With some shots of cold we should have not only more opportunities for snowmaking, but some bouts of natural snow too. I believe that we may have the rare feat of December being the coldest month of the winter season rather than January or February. This should help to give us above average conditions for important period between Christmas and New Years.

Ski resorts should take advantage of this early season bonus as once the jet stream matures for the winter season we’ll likely have a turnaround for the second two-thirds of the season. The combination of La Nina and the pattern of water temperatures in the north Pacific lead me to believe that we’ll have the focus of colder air more into the north-central and northwestern part of the United States with more of a ridge in the jet stream trying to win out over the Southeast. At times the cold air will charge into the region, but we’ll have more of a back and forth pattern with more sloppy mixed events rather than pure snow. An active hurricane season also helped to cool waters off of the southeastern coastline which I believe will lower our big storm threat. The odds are that storms will be to our north before really cranking up. 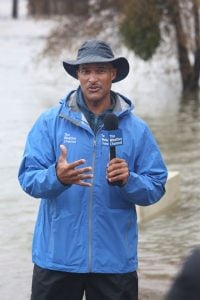 Now we switch The Weather Channel’s Paul Goodloe. I have skied with Paul all over North American and always appreciate his thoughts:

With a weak La Niña expected this winter, much of the Southeast will escape a brutal winter. Temperatures are expected to be at or slightly above average with average to slightly below average precipitation. This doesn’t mean it won’t be cold, it just means that we will get brief intrusions of arctic air, not weeks long.

This should allow plenty of cold clear nights for snowmaking and sunny comfortable days for skiing and riding. With these brief cold spells, diehards should watch the forecast and be ready to head to the slopes with only a 3 day notice. With precipitation limited at times, when the moisture and cold air arrive together, which we do expect to happen, we should have a few memorable dumps. 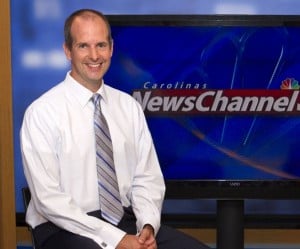 This Winter we have another La Nina pattern in place similar to last winter. Though I don’t expect we will have nearly the dire conditions like 2016-2017 with the ridge that gave us that “blow torch” flow most of the winter. Either way, La Nina usually means mild and dry for the Southeast resorts. Though there is one small exception, the Ohio Valley can get quite active at times in this pattern so there could be several times during the winter that we get a favorable storm track for the WV, VA and MD areas. Throw in the fact that the Great Lakes water temperatures are all at or near record warmth going into the winter. Means with every good cold air outbreak the chance for long range Lake effect snow in the northwest flow will be enhanced.

For that reason, I think the northern resorts of the Southeast in WV, VA, and MD will have a better chance of an above average snowfall season. Further South the NC and TN resorts are looking at near average to slightly below. There’s nothing that would point to a very cold winter, so overall, I’m thinking slightly above average temperatures this winter. 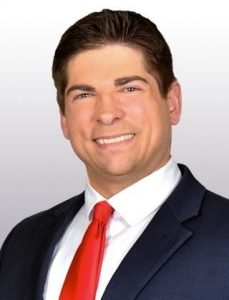 The Winter of 2016-17 was a difficult one for ski operations in the Mid-Atlantic. From late December through early March temperatures across the Mid-Atlantic and Ohio Valley averaged anywhere from 5 to 10 degrees above normal. February was particularly notable, finishing as one of the warmest on record. Not surprisingly, snowfall totals were far below average.

A weak “La-Nina” marked last Winter, meaning that eastern Pacific waters were somewhat cooler than average. While those waters warmed some as 2017 has progressed, in recent months they have cooled back down. The Climate Prediction Center forecasts a high likelihood of another La-Nina setting up for the upcoming Winter. This one may end up stronger than last year, and hence would simply be noted as a “La-Nina” as opposed to a “weak La Nina”.

La Nina Winters are not all the same. Some, like the one during the Winter of 1995-96, have produced bountiful snowfall totals and cold temperatures. Another La Nina Winter in 1984-85 had an incredibly warm December followed by one of the coldest intrusions of arctic air on record the following January. Snowfall in our region in 1984-85 was above normal overall.

Right now signals point to much colder Winter in the East compared to last year. That wouldn’t mean a harsh Winter necessarily…just one that is closer to “normal” or “average” in our area. Snow cover, an early indicator for how a Winter may evolve, is higher than it was at this time last year over parts of the northern U.S. and southern Canada. If snow cover is below average, arctic air masses moving south into the U.S. tend to moderate, whereas they maintain their chill if they travel over snow-covered ground. This in turn can create a feedback loop wherein snow cover keeps the air masses intact, which in turn results in more snow on the ground.

Average temperatures should end up quite a bit colder this year than last Winter. In fact, I wouldn’t be surprised to see an extended spell of well-below normal temperatures sometime in either December or January. It’s highly unlikely we approach the extended warmth of last Winter, but how much colder this Winter ends up being in comparison will be based on where the storm track develops. Storms tracking to our northwest into the mid-Ohio Valley would result in some icy mixtures for our ski resorts at times. Nevertheless, with colder temperatures expected the ability to make and maintain snow on the slopes should be superior compared to a year ago and I believe it should be a much better one for skiers overall. 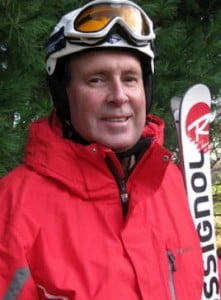 The main influence for the upcoming season throughout the region will be La Nina, but with all La Nina’s there are historical wrinkles. A typical La Nina means a southeast jet stream ridge and an occasional warming. Other influences for this season include, low solar, we are headed toward solar minimum, combining that with easterly QBO (Quasi Biennial Oscillation) patterns, which means there will be a lot of temperature blocking of the weather patterns. This means colder temperatures further north in the southeast region throughout the season. Overall my message, I like the prospects for WV and MD for a above normal snowfall season. For snowmaking temperatures, the situation looks good for December further south, but there will be challenges for the southern part of the region after the first of the year. The freeze thaws this year, may last longer further south than up north.

The not so good news is that the entire region will probably experience a healthy thaw during January, this is based on what has happened during previous active hurricane seasons in the Atlantic.

I suggest keeping an eye pealed to all those resort cams, to make sure you know what is available during the season, before heading out.