It’s Only Tuesday and I’m Already Over The Weather 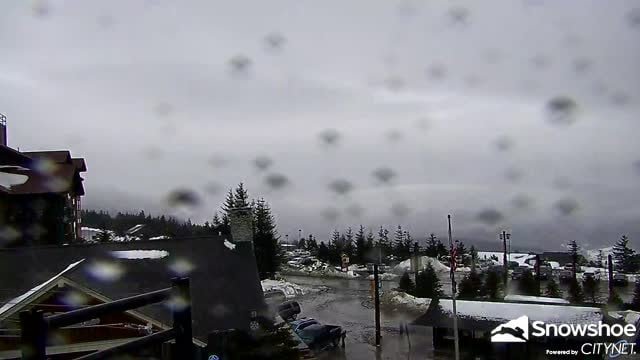 Today is one of those gross mornings that we really haven’t had to deal with in a while.  There’s some rain, fog, and just overall dreary looking conditions at all of the ski areas.  Unfortunately, that looks like par for the course for the next several days.  It’s only Tuesday and I’m ready for it to be over with already.

I mentioned this yesterday, but it does indeed look like this week is going to be a rough one.  It’s definitely not a washout by any means, but a couple inches of rain is going to put a hurtin’ on some of the open trails.  About half of the resorts are showing a drop in base depth over the past 24 hours.  As they should be.  I also saw several reports of the primary skiing and riding surface as being “granular” or “wet granular”.   I’ve never understood the use of the term “granular” in reference to surface conditions when it’s mild and wet.  To me, granular conditions exist after a night of snowmaking.  Have you ever layed out some huge sprays when snowmaking is going on and you could feel the individual grains of snow hit you in the face?  It stings.  That, to me, is granular.  Conditions today are mainly slushy, but I understand you can’t report that as it’s not very marketing friendly.  Just a random thought.

This Isn’t the End

A person on the messageboard asked a question about conditions for a possible trip to Sugar next week.  Someone responded and said they wouldn’t spend the money with the current forecast.  With the wet weather for the majority of this week, it’s easy to have that mindset.  Heck, I was thinking the same thing on Sunday when looking at the forecast for this week.  However, I was just looking at some of the weather models and next week actually doesn’t look too bad as of right now.  It looks drier and much cooler.   Check out the 8-14 day temperature forecast from the CPC.

I’m not saying it’s going to be freezing cold, but it will be cool enough to help firm up the snow again.  Many resorts will be plenty fine after this week of weather, especially Sugar.  They’re still 100% open with a solid base.  Basically, don’t let this week’s weather bum you out!  As I said yesterday, my best North Carolina powder day ever was in late March of 2013.  Late season conditions can surprise you sometimes.

Looking for a free way to ski or snowboard next year and help others?  Well, you should consider trying out for ski patrol.  Nancy Bradburn posted on our Facebook page yesterday and said Massanutten is recruiting for the 2015/2016 season.  They have both paid and volunteer positions.

Then, I noticed on App Ski Mountain’s website this morning that they too are holding tryouts for next year as well. 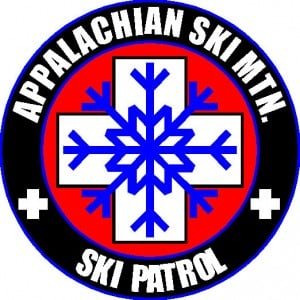 Appalachian Ski Patrol Candidate Tryouts for 2015-2016 season will be held Saturday, March 14th @ 9:30 a.m. Participants will be asked to bring skiing/boarding equipment. A complimentary lift ticket will be provided for the day.

We will discuss the goals of our Candidate Program, with an Introduction to our Patroller 101 Course, and briefly discuss general Patrol Policies and Procedures and future Patrol Membership Requirements. A brief Interview will be conducted with each Prospective Candidate and Skiing/Boarding skills will be demonstrated and evaluated, based on NSP and PSIA standards, for each participant.

Future Candidates, interested in joining Appalachian Ski Patrol and participating for the day, should register in the Patrol Room prior to this event.

For more information, Please contact a member of the Appalachian Ski Patrol Today (828) 295-0789

Ski patrol sounds like a cool gig.  Free season pass and you get to skip the lift lines on the weekend. Ha.

As I love me some webcams, I figured I’d let you guys know that Snowshoe has a new camera in the village.  It debuted the other day and like all of their others, it is very cool.

If only they could have gotten it up sooner as this is a terrible week for it to debut.  I would have loved to seen some shots of the village from a few weeks ago when there were piles and piles of snow in there.

Also, I implemented something on Resort Cams yesterday.  All the live streaming cams have Chromecast support now.  If you don’t know what a Chromecast is, you are missing out!  If you’re using the Google Chrome browser with the cast extension installed then you can get the cams up on your TV now by just clicking the cast icon in the player toolbar.  It’s pretty cool.