IT’S THE ECONOMY, STUPID! WILL SKIERS AND SNOWBOARDERS FLOCK TO THE SLOPES OF THE SOUTHEAST AND MID ATLANTIC THIS SEASON? 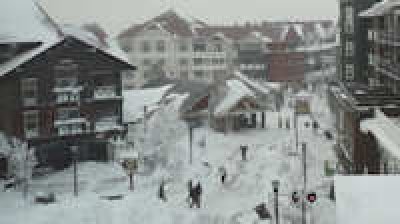 Of course the answer to this question will in large part be answered by how much cold and snow comes our way for this 2012-2013 ski and snowboarding season. However, let’s go ahead and say that this coming winter will be substantially colder and snowier than last season. If that indeed comes true, the questions are:

"Will skier visits be at or near ‘normal’ across the region?"

"Will the economy and the high unemployment rate hold skier visits down?"

"Will snow and cold trump the economy and skier visits rise despite how tough things are across many of the ‘feeder communities’ that send visitors to our ski resorts?"

I had a chance to speak with a couple of industry insiders who both shared the basic sentiment that, "Man I wish I knew the answers to those questions. I sure hope so!"

The question of "Will the economy and high unemployment have any real effect on skier visits?" has been posed numerous times to numerous groups since 2008 and the most common thought is – "not so much".

This statement will prompt a flood of emails to my INBOX from those who feel that THEY are the demographic that fuels the success of our local ski areas, however if you take the consensus of most of the people who have their fingers on the pulse of the ski and snowboarding community as a whole – the general consensus is "If you’re looking for an affluent market that spends money on travel, hobbies and leisure activities, you can’t go wrong with skiers and snowboarders."

Those same people share that the economy hasn’t affected that demographic group as much as other age and financial groups.

The most recent studies show that:

Skiers spent close to $3 billion on their sport last year, including $835 million in equipment, $1.6 billion in apparel and almost $1 billion in accessories, says David Ingemie , president of SnowSports Industries America.

When we talk about skiers, we’re discussing snowboarders as well. “It’s becoming entwined,” says Lenore Cunningham , sales director of Lake Group Media, which manages the SKI and SKIING magazines mailing lists. “Most catalogs and suppliers cater both to the snowboarder and the skier. In the beginning, a lot of ski resorts wouldn’t permit snowboarding, but that’s all changed. So now skiers and snowboarders coincide.”

According to ski industry experts, one area of concern IS in the potential FUTURE growth of the industry. Over the last several decades, the number of people who call themselves skiers has grown annually. However the fear is that with the largest percentage of those who are unemployed being young people in the 25-34 year old age group – THAT could deter growth in skier visits down the road. Beginners make up a HUGE percentage of the skier visits to our Southeast and Mid Atlantic ski resorts and those beginners tend to be younger people.

According to the NSAA’s demographic study, the skier population has trended older over the past several seasons. The average age of participants increased to 36.5 this past season from 36.4 the season before—and has increased from 33.2 during the 1997/98 season. Some of that is attributable to the baby boom generation. These are the folks that have the resources, the second home in the mountains, and obviously they’ve got resources as far as time goes.

WORKING TWICE AS HARD FOR THE SAME MONEY…

We work with as many as 900 clients every month or so and the thing that I’m personally hearing almost daily from fellow business owners is that we’re all working two-to-three times harder and spending more of our renenues to stay at or near the level of income we saw perhaps two to three years ago.

The good news is that those who are doing well and working their rear ends off WILL want some time to "get away".

The thought here is that James Carville’s battle cry during the 1992 election campaign of Clinton vs Bush of "It’s the economy stupid" PROBABLY won’t have a huge bearing on skier visits as long as we get a "NORMAL" cold and snow kind of season. Right after the financial debacles of 2008, we saw strong skier visit seasons here in the Southeast and Mid Atlantic at most every ski area.

Those with the finances to take a ski getaway also know that there will be discounts to be found as ski areas and the businesses within those communities fight the perception of bad economic times nationwide.

Our thoughts are that last season was "just one of those years" when the weather really didn’t do any of us any favors. With normal, consistent cold temps and anything close to normal snowfall, we think we’ll see a good 2012-2013 ski and snowboarding season. I’ve had one-on-one conversations with many of the area’s lodging and cabin rental agencies and most are quoting numbers that are about 2-5% OFF this time last year. They’re all spending a bit more money to GET the visitors they are AND they are having to provide some discounts…which all come together to mean that profits are as much as 5-10% OFF as compared to this time last year, but it has been a stormy summer thus far.

As Ray Pariseau of Boone Cabins told me this morning, "We’re doing pretty good despite the weather and the economy. I think with a good winter we’ll see a lot of people heading to the mountains to ski because last season many of them didn’t make the trip. There’s a lot of pent up desire to hit the slopes."

Let’s hope so. Let’s get through August, September and October and THEN start PRAYING for cold and snow!

Feel free to email me your thoughts at [email protected] . We’ll share them when we can.

Previous Post
Survey Says, “Skier’s Plan More Ski Vacations this Season!”
Next Post
No Acorns Yet; However the Shooting Stars were Plentiful!