I’m Feeling a Bit Nostalgic Today, Such As

We’re coming down to the final few days of the 2010 calendar year and that means double this year. It makes you think of what you’ve accomplished (or not) within the last year and because it is the closing of the first DECADE of the millennium it makes me think about all the things we’ve accomplished (and not) within the past ten years. I’ve also given some thought to things that we could’ve and should’ve accomplished during the decade (and didn’t) AND finally I’ve given some thought to things I hope we can accomplish in the next year (or ten). 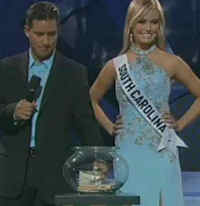 As I thought of how I’d approach this storyline, I searched for inspiration. I found it in what HAD to be the quote of the decade from former Miss South Carolina, Aimee Teegarden. With all due respect to her, HERE is my Sunday lead in…

"I personally believe, that Southeast Americans that ski or are unable to do so, because uh, some, people out there, in our region don’t have trail maps. and uh…I believe that our ski or snowboarding educators such as in South Africa and the Iraq don’t have ski resorts and everywhere like such as…and I believe they should, uh, such as have ski areas here to help South Africa and the Iraq and Asian countries so we will be able to build up our future ski resorts for us."

Note: I’ll probably get around to a serious approach at this possibility of a storyline, however to be honest I couldn’t think of how I’d write this story without coming off a little negative. I’ll ponder on it some more and maybe give it a go later, in the next twelve days, such as, before the year is over, such as. 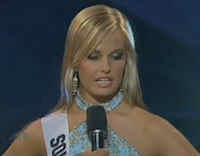 It seems at least one other reporting service used Aimee Teegarden as inspiration this morning. Their lead headline at the top of the page was, "Wolf Ridge is open from 9am to 10pm."

That’s it. No really, that is the big headline this morning. I just don’t know what else to say. It was worth a laugh to me; maybe it will be for you guys as well.

Our buddy Brad Panovich will get a "C+" for his forecast from this past Thursday evening that forecasted snow to begin this evening and carry through Tuesday and maybe into Wednesday for all of the ski areas of the Southeast and Mid Atlantic. To his defense HE DID say that the WV and Maryland areas would get more snow, but he felt pretty confident that so too would the NC ski areas and the resorts into Virginia.

If he were forecasting only for the West Virginia and Maryland ski resorts, he’d have nailed his Thurday-for-the-weekend forecast for the 3rd straight weekend. However according to the NWS as of this morning, the forecast for the North Carolina and perhaps the Virginia areas is looking a little sunny for today and through most of Monday. Then things look to be ICY Monday night through Tuesday night. We’ll stop there since his newest skier’s forecast video is due Monday. I will say that things look great for snowmaking and we’ve got another snow event looking our way for Friday and Christmas Day! Maybe a WHITE CHRISTMAS!

The "A" part of Brad’s forecast is for his West Virginia and Maryland side of the prediction. Snow is in the forecast up that way for today, tonight, Monday, Tuesday, Tuesday night and again next weekend. Temps around Snowshoe should allow for around-the-clock snowmaking ops if they choose to use it. Snowshoe and other ski areas have been choosing to make snow only on unopened terrain lately. That is how good conditions are right now. It could get a little dicey for the Southern tier ski resorts into Tuesday or so – so hit it today and Monday.

LET’S GET TO THE RESORT REPORT…SUCH AS…

(I don’t know why Aimee’s on my mind today. I was thinking of what some of the most famous quotes and speeches of the last decade might be and she popped in my mind. That’s all. Such as…) 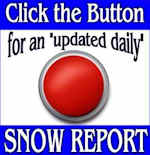 <Does this mean that it IS updated daily or that it’s kind of a pun that it is?

Okay, I promise to get all of the "such as" comments out of the rest of this story. However I can’t help myself I DO have a couple more. Look I can’t help it but I was looking for anything that would tell me how long Sapphire’s open for on Sunday and I had to chuckle when I came to their Sapphire Valley Resort page that has a cool graphic on it that says click the button for an "updated daily" snow report. They used quotes I assume to mean that it only says it’s updated daily, when it isn’t.

Their links go to a website that isn’t updated regularly, but I DID find another website that is thanking people for a great season last year and talking about extended hours in March…

Oh well.. Call ahead if you’re wanting to ride Sapphire after…say…4pm. Such as.

AM I MISSING A TRAIL OR COUNTING ONE TWICE – HELP ME I’M MELTING!

Two readers emailed me that we are inaccurately reporting the trails at Winterplace. Admittedly, we DID hear from Winterplace’s Missy Kline this past we – requesting that we make our snow report match theirs.  We posted the new trail map and then I had a look at their website AND checked out the other reporting services from around the region – who are all quoting Winterplace as only having 27 trails.

After copy/pasting their new trail map and blowing it up to make certain I wasn’t missing something I COUNTED THEM. There are 28. I went to their snow report and though it says there are only 27, I looked further down the page and matched up their trail names on the list with those on the map and there are 28.

Unless I’m going a little batty (and that entirely in the realm of possibility) there ARE 28 trails at Winterplace.

Your help is appreciated. We’ll get our Communication Gal, Sarah Davis on the mission to find the missing trail or to set me straight. She’ll have that as her first item of business on Monday. Okay, her second since she’s doing the snow report these days Monday-Friday.

I invite your comments to [email protected]  . If you’re heading to the slopes, take your camera and send us some photos, videos and a comment or two about your day at YOUR favorite ski area.

We also invite you to visit:

Previous Post
It is a GREAT DAY to ski or ride today – such as… (You’ll see…)
Next Post
JamSandwich from the messageboard posted this nice photo of Cataloochee Ski Area from this weekend! Click to Enlarge!