How Much Snow Has Fallen at the Southeastern Ski Resorts This Winter? Read on! 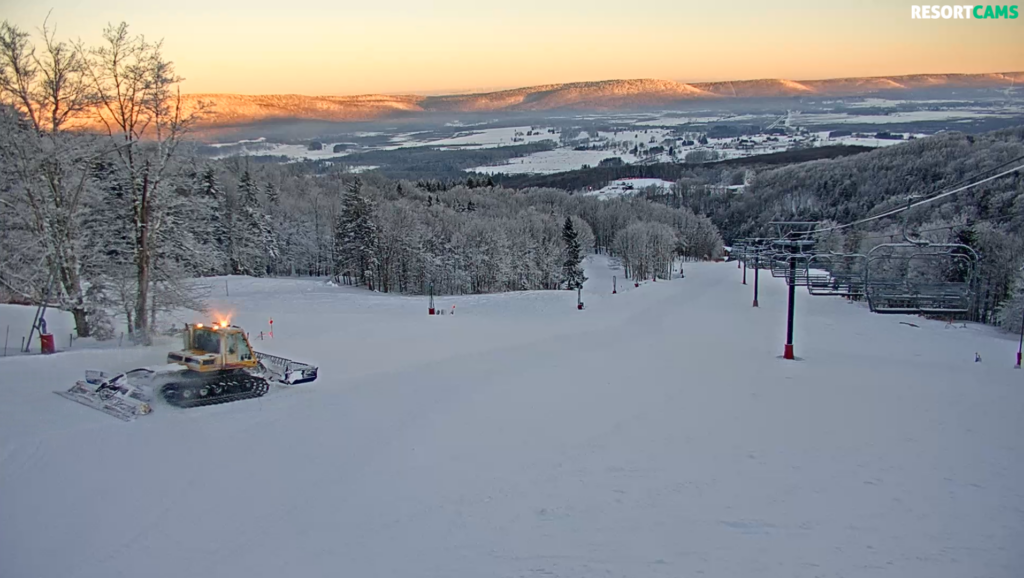 The photo of the day shows Canaan Valley Resort doing some early morning grooming. That had to be a beautiful “drive” this morning!

More snow fell on Saturday and more is on the way for those of you who may be visiting the ski areas on Monday. As of right now, the forecast is for 3-5″ of snow to fall up into West Virginia, with perhaps a dusting to 2″ at many mountain communities into Virginia and then we could see yet another wintry mix of light snow and freezing rain into the North Carolina mountains.

The conditions will be awesome to play on the snow, nearly no matter where you go for your Sunday, Fun-day. Most resorts made snow over the last 24-48 hours, with few exceptions. The snow setup today should make for an awesome day to play.

We’ve had really nothing BUT great conditions at the ski areas of the Southeast and mid-Atlantic since mid December and it looks like we’re in for a nice run of weather with sunny skies for your Sunday, then some wintry mix to snow on Monday, and THEN we’re looking at some sunny skies Tuesday and Wednesday with highs in the 40s and even some mid 50s mid week. That MAY make for the best of the best days to ski or ride in weeks as there will be PLENTY of snow; nearly 100% open terrain AND some nice temps to enjoy the slopes.

A Stretch of Underdeveloped Snow Ahead???

We’ll leave the professional forecasting to meteorologist, Brad Panovich, but we have been getting a lot of questions (already) about NEXT weekend. The long range forecast, according to NOAA is for milder temps to come in mid-week, along with some increased changes for rain as we look toward next weekend. However, that could speed up or slow down and things could be just fine. As they always say about these mountains of ours, “If you don’t like the weather right now, just give it 30 minutes, because it changes that fast.”

Evidently you guys liked the report that I shared a couple of weeks back that reflected all of the snowfall this season AND whether or not specific ski resorts are OVER or UNDER normal snowfall on the season.

Several of you have emailed me (and posted via Social Media) either asking me or telling me that this season has been the best in years, decades, or ever. I talk about “perception” a lot on this website and the perception WOULD be that this season HAS delivered the most snowfall in a long time, but that’s actually not quite the case – AND it really depends on where you look.

I’ll use Canaan Valley as my “measuring stick” for this example. Case in point – Canaan Valley and Timberline Mountain have seen THIS much snow this week:

However, as Canaan’s David Lesher pointed out, “That’s still 17 inches less than the long term average but it’s the best it’s been on Feb 20th each year since 2015.”

So it has been a snowier FEELING season than normal, but still 19″ less than normal according to our numbers. In fact, the last time Davis, WV hit their 20 year average snowfall total was during the 2012-2013 season when they had 221.8″ of snowfall (41.8″ OVER their annual average of 180″.)

Here’s the latest “WHITE GOLD” Numbers For the Season:

[We are on day 86 of a 124 day season, using Thanksgiving Day as the starting point and March 31st as the end. Some resorts will close earlier and a few may stay open through April 4th.*** We are at the 69% mark on the season.]

Crazy to see that the North Carolina resorts are all well over normal for the season.

Yesterday’s snowfall added to the already fantastic conditions on the mountain, and the cold temperatures made for plenty of snowmaking as well. Today will warm up in to the twenties by afternoon, with more snow in the forecast early Monday morning. There will be some snowmaking across the mountain today, make sure to stay alert! Shout out to Park Crew for keeping the terrain parks in tip top shape, with four builds across the mountain, there’s plenty of fun to be had for your shredders out there. Enjoy the Sunday Funday!

OMNI HOMESTEAD VID
Really loving it that Lynn Swann and her crew are firing on all cylinders lately in sharing some good video and photos. The one below is a quick timelapse that takes you the length of the trail on Saturday.

Also, for those of you who love horses and the great outdoors…Omni Homestead Resort provides some awesome outdoor activities, including horse-drawn carriage rides. 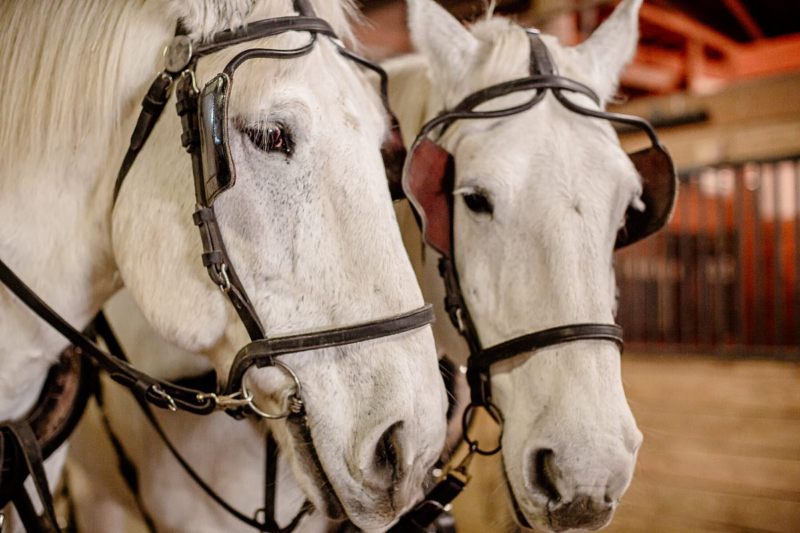 Saddle up for your next adventure! Ride through the beauty of the Alleghenies.