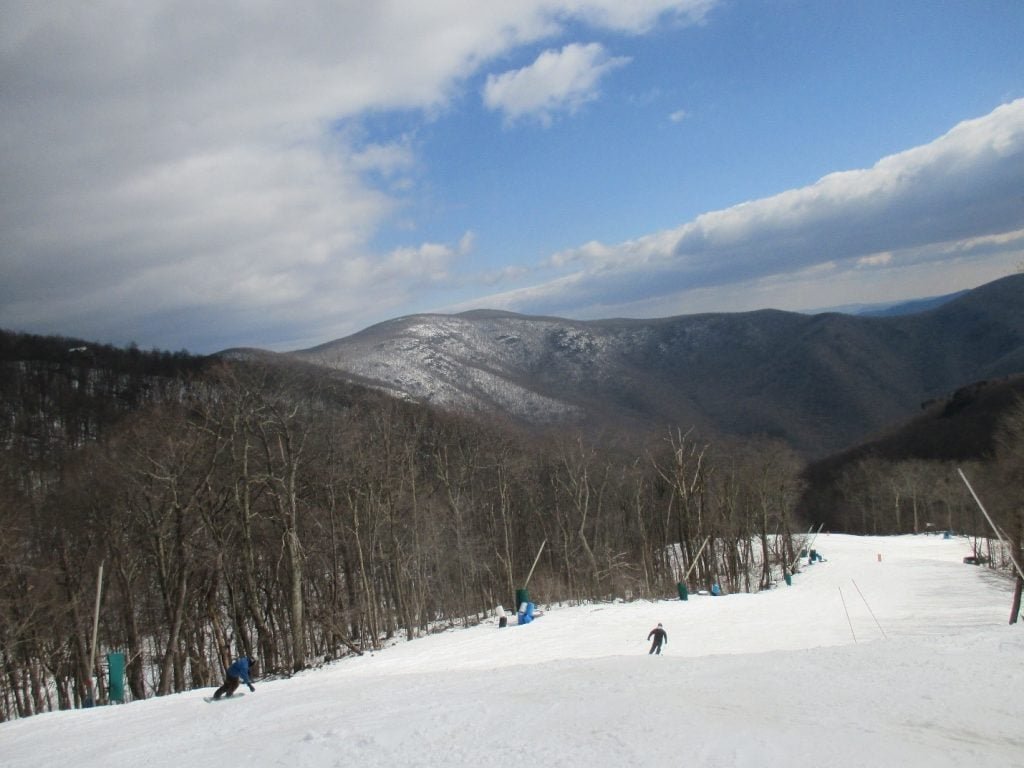 Photos by Dylan and David McCue at Wintergreen, Virginia 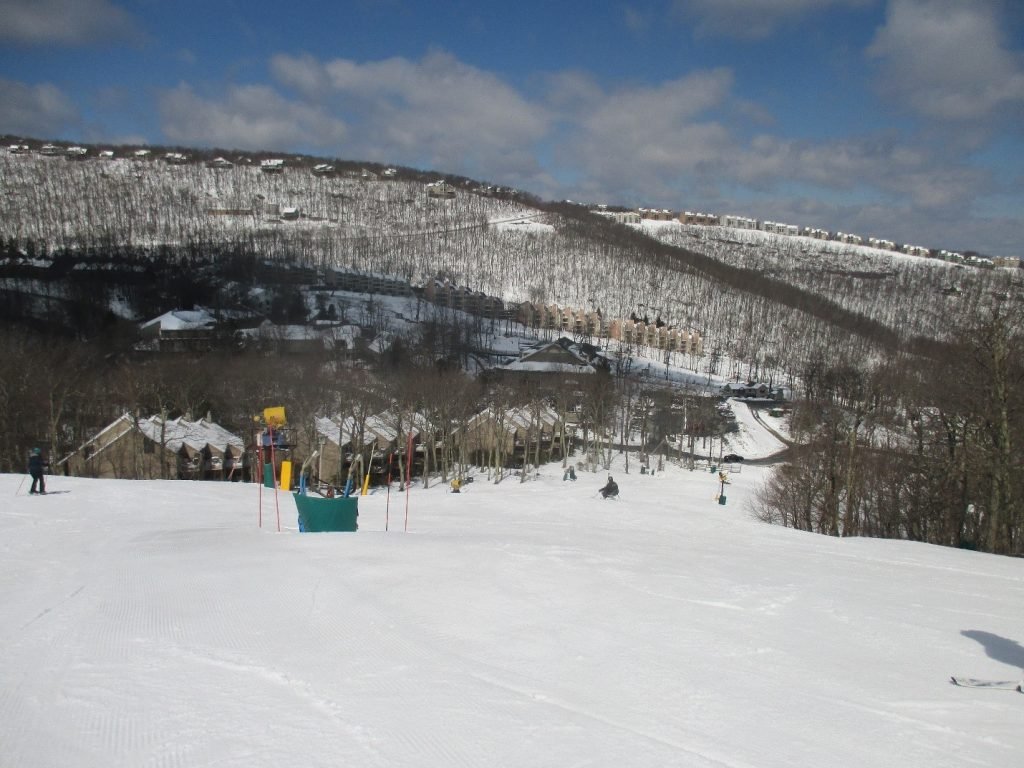 There are turns to be had if you want them. Yesterday I had already decided to get some runs in at Wintergreen since they had kindly moved back their closing date for a week and since it was the only window I had to ski a day with either of my sons this season. I figured last days were better than no days although the forecast was for continued rain right up until our arrival. 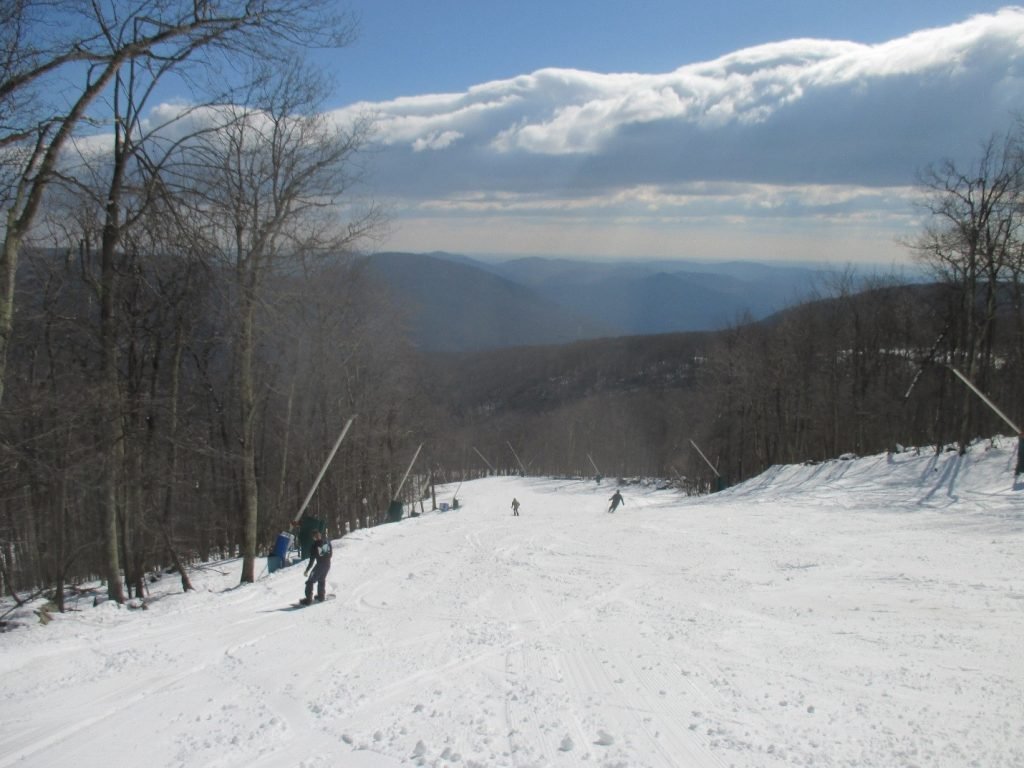 However, Wintergreen and Massanutten, and I suspect Bryce, turned out to be on the lucky side of the WV/VA border for this one. The rain unexpectedly turned to snow all day Thursday at a firm line a few hundred feet below Wintergreen’s lower elevation. The demarcation was remarkable, and it went from wet roads to a late winter wonderland after a few curves up the mountain when we arrived Friday morning. 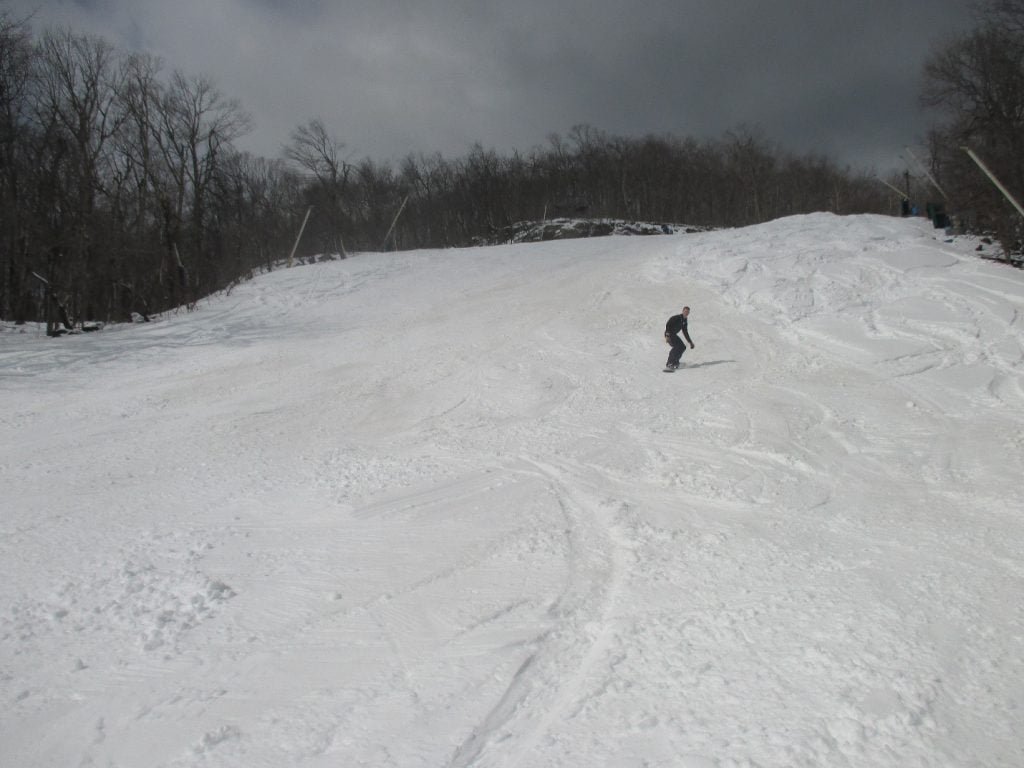 All expectations were exceeded, I spent the day skiing and laughing with my son and some new friends at this unexpected, not exactly powder, let’s say chowder event. I’m still chasing this storm further north, it’s 2 a.m. in Vermont right now (I think, maybe still New York) so I shall just sign off with some pictures and a word of encouragement to all –get out and get some more good runs. The snow is still out there, and your boats and golf clubs won’t sink or rust quite yet. 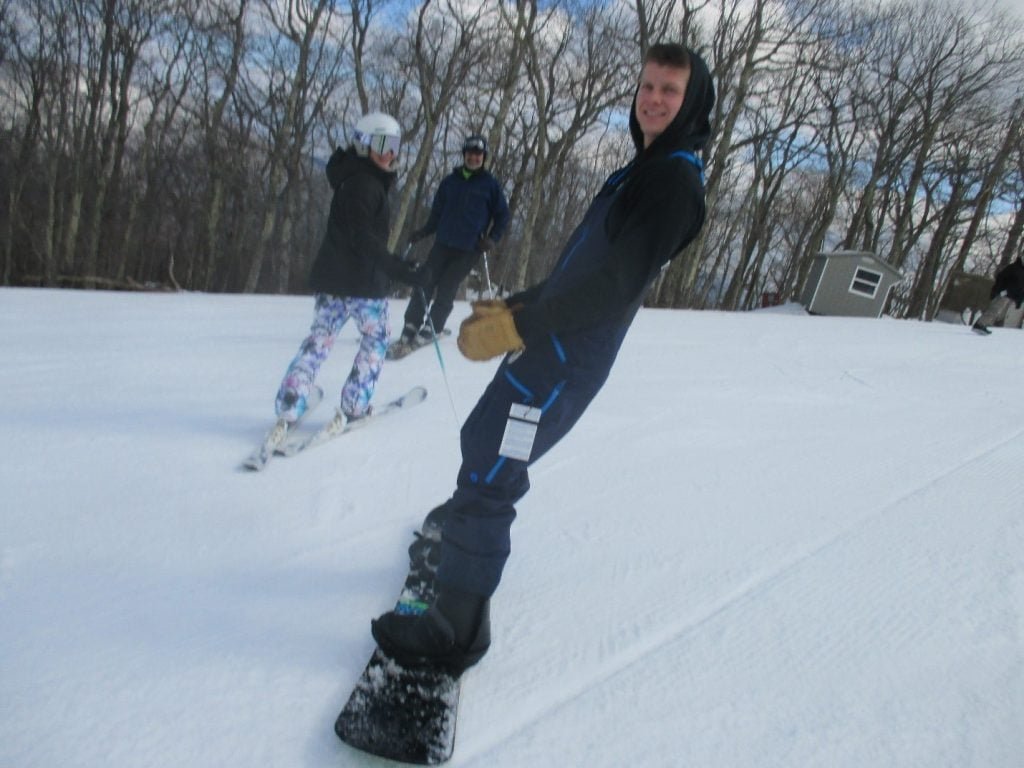 Last turns are best turns and all snow is good snow; especially as an end of season bonus.