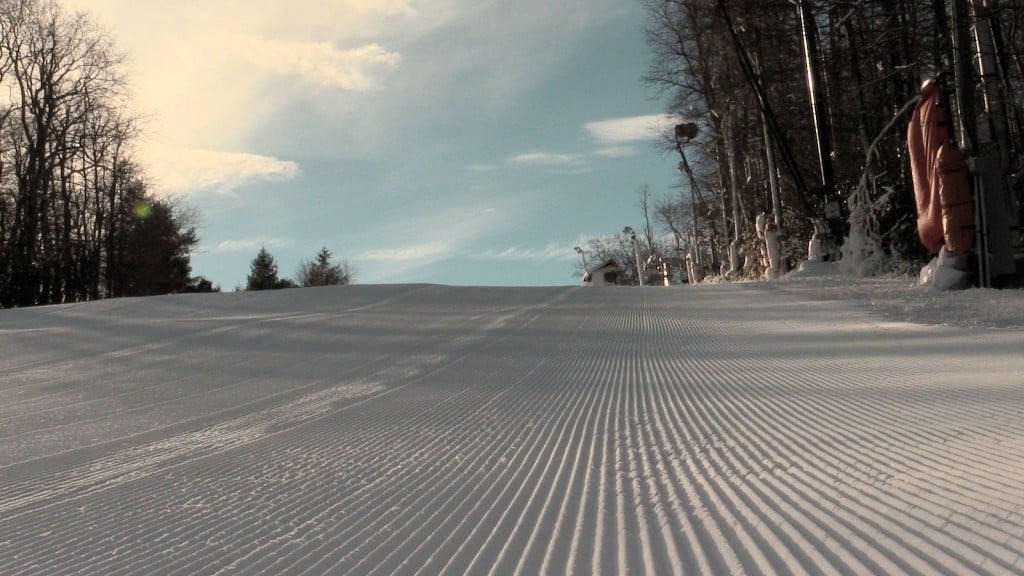 Or is it Groundhog Day?

First, we just want to pass on our “thank yous” to each and every one of you who make SkiSoutheast.com and ResortCams.com a regular stop in your day. We certainly are doing our part to provide some measure of excitement for all things skiing, snowboarding and tubing in the southeast and mid-Atlantic despite the fact that the weather has not been as cooperative as usual for this time of year.

We’ve posted more content, news, stories and even thrown in some new offerings like “SkiSoutheastTV” than any pre-season in our twenty seasons of covering the region. So we’re TRYING to get winter jump-started.

Here’s the latest video from Appalachian Ski Mountain on Wednesday:

WE DO have three ski areas to THANK for being open. Those are ALL North Carolina ski areas – Appalachian Ski Mountain, Cataloochee Ski Area and Sugar Mountain Resort.

I can personally report that the snow is of a particularly nice consistency at Appalachian Ski Mountain. It also passes “the eye test” (as you can see by the lead photo in this post!) and App is operating with 8 of 12 slopes and trails.

All three ski areas that are open ARE operating with one-to-two-FEET of base depth (or more) and the surface conditions are rather nice. We welcome you to view our SNOW REPORT for the details.

Appalachian Ski Mountain and Sugar have their ice rinks open today and Cataloochee has their Tube World tubing park open.

Appalachian and Cataloochee are only open for DAY SESSIONS today and Sugar is the only ski area operating for DAY and NIGHT sessions.

Snowshoe Mountain Resort TRULY LOOKS like they could be open and actually with more snow on their slopes than those that ARE open, but they are still in a holding pattern until they can make a bit more and open more terrain. 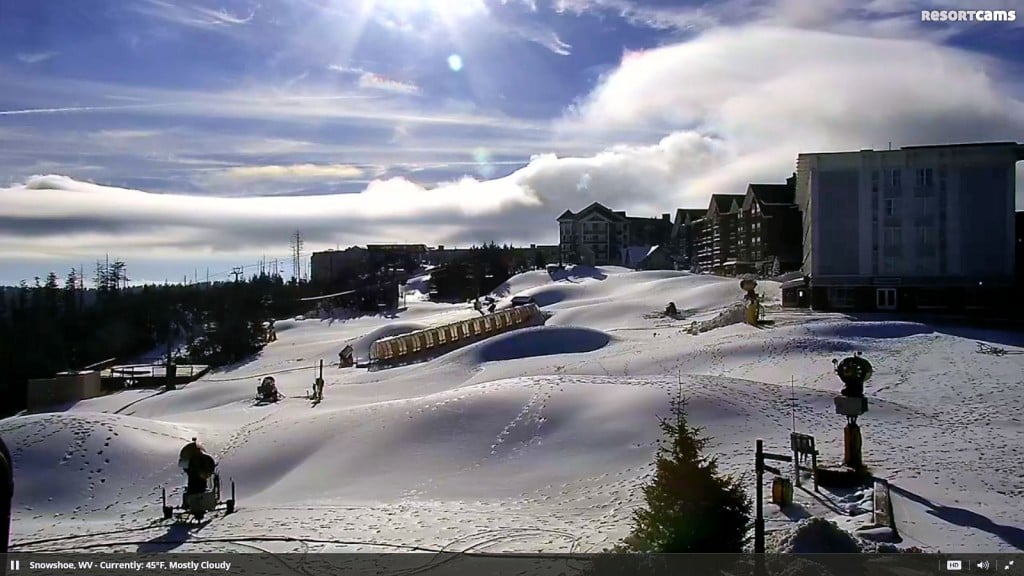 Despite that, Snowshoe announced earlier today,

“While we won’t be spinning the lifts this weekend, we are making Skidder available to those who don’t mind earning their turns. Our Mountaineer Parks Crew is going to set up a handful of small to medium terrain park features, and then it’s time for a pre-pre-season session! Ski or ride, then hike back up and repeat.

Open this Friday, Saturday and Sunday from 10am to 4pm. All you need to join the fun is a valid 2015.2016 season pass, current employee ID, or a non-perishable food item to donate to the Snowshoe Foundation (exchanged for a day ticket at The Depot).

As always, the MAC will have great equipment available for rental to guests who want to join in the mellow, pre-season warm-up.”

So how about that? Kind of cool way to allow those near Snowshoe to get in some fun on the snow even though they are not open for skiing and snowboarding the entire mountain.

DOES ANYONE ELSE FEEL LIKE WE’RE STUCK IN A GROUNDHOG-DAY-LIKE PATTERN?

Over the last few weeks my phone sends me powder alerts every freaking day from Colorado where ANOTHER 7-10″ of snow has fallen. Winter Storm Cara has dumped another round of snow on that region. In fact, Loveland Ski Area in Colorado has now seen 94″ of snow for the season …and the season still isn’t really HERE quite yet.

One look at the weather forecast for Loveland for the NEXT FIVE DAYS shows nothing but SNOW every day. High temps in the TEENS and TWENTIES and lows overnight in the single digits.

…and here we are STILL STUCK in this “every day is another 50-55° high with sun or showers and overnight lows in the 30° range” kind of pattern.

Meteorologist Brad Panovich posted his Thanksgiving Weekend forecast video (click to watch it) and he’s suggesting that we MAY FINALLY start seeing a pattern switch that will push that trough DOWN and OVER towards the Southeast and mid-Atlantic.

I KNOW that I am speaking for every ski area management team when I say, “We are ready. Bring on the cold air and a nice measure of snow would be awesome as well.”

We can hope. H-o-w-e-v-e-r don’t expect to see the temps and snow to fall overnight or really even over the next week. It is going to be more of the same for the next week to ten days with highs forecasted to reach into the mid 50s and even some low 60s even up into the West Virginia mountains. There’s some rain in the forecast for the entire region Sunday through Tuesday of this week and even a few more days – perhaps over NEXT weekend.

Overnight lows don’t appear to be “snowmaking worthy” until MAYBE into the middle of next week and maybe next weekend when those lows look to be in the mid to upper 20s.

Sometimes it hurts to report the news accurately when it just isn’t good news, but this Groundhog-Day-Like nightmare might just keep playing out for ANOTHER TWO WEEKS as we’re not SEEING evidence of what Brad Panovich is reporting…but gracious I hope that he’s correct and that RIGHT BEHIND that December 10th date comes a very cold and snowy pattern.

By this time LAST season Canaan Valley Resort and Timberline Resort in West Virginia had already received 29.6″ of snow. Beech Mountain Resort in North Carolina has already seen 17.7″ of snow.

Thus far this season? Ninguno. Nothing. Okay, so there HAS been a “heavy frost-like” snowfall that dropped a measurable 0.1″ of snow thus far. I’m not counting it. It was barely a trace.

So brothers and sisters it is TIME to get to the three mountains that ARE open right now because the next week or so isn’t going to get better. Things WILL get a little “worse” before we see the next round of cold and snow.

Be THANKFUL for what we have right now and I’d recommend heading to Appalachian, Cat and Sugar today, tomorrow, and this weekend. Beech is reportedly opening tomorrow. Their LIVE CAMS are showing plenty of base and side-to-said coverage that will allow some Thanksgiving Weekend skiing and snowboarding – BUT past that?

…the Groundhog Day nightmare continues to play at ski resorts near you.

We’re thinking that it’s time to do an organized snow dance, snow burn, offer up prayers…something to get us some winter weather. Ideas? If you got them, share them? We’ll give away a vacation or two and some lift tickets for great ideas.