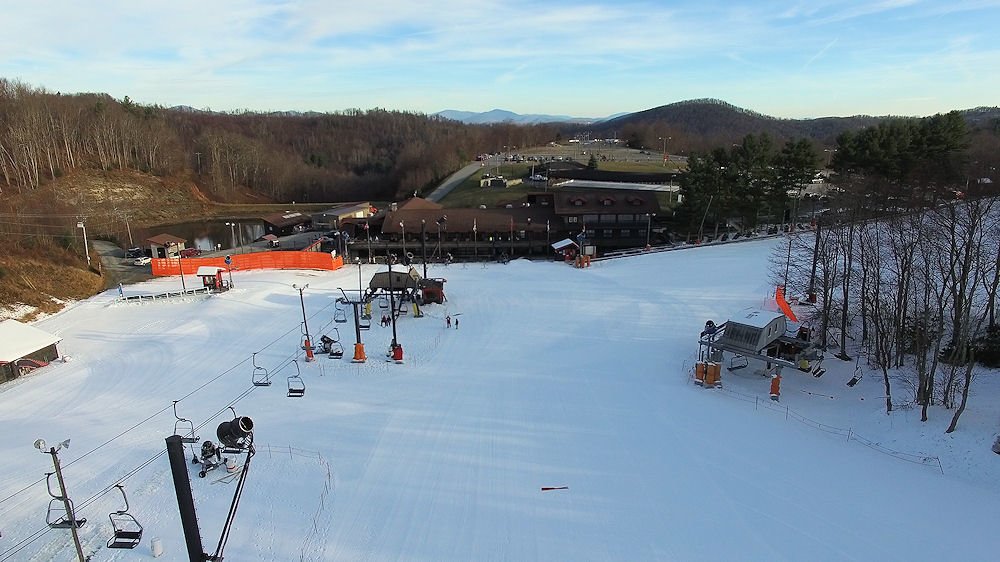 There is a bit of white at a few ski areas if you’re wanting to ski or ride today and resorts and ski shops around the region are offering some sweet deals on skis, snowboards, clothing, gear and accessories. Don’t forget that even those ski area which are not operating for skiing and snowboarding ARE OPEN with the shops, etc.

So if you’re looking for great gift ideas for that snow lover in your family or circle of friends – look no further than the ski areas and ski shops of the region.

A lot of ski areas are still playing the waiting game in terms of waiting for colder and more consistently cold air to make more snow and open – however there ARE four ski resorts that are open for skiing and snowboarding today and they are all located within the borders of the state of North Carolina.

In alphabetical order, they are:

Appalachian Ski Mountain – 45° and 8 slopes and trails, serviced by 5 lifts and a base of 12-24″ being reported. App is open for day and night sessions with skiing til Midnight with their Midnight Blast session from 5pm-midnight. Terrain park is open as well.

Beech Mountain Resort – 44° this morning and open with 6 slopes and trails, serviced by 2 lifts. The quad lift was flying this morning when I was touring the ski area webcams. Beech is reporting a “wet packed and variable” surface and they are only open for day skiing and snowboarding today. This is Beech’s OPENING DAY of the season.

Cataloochee Ski Area – 45.7° and open with 6 slopes and trails, with 3 lifts operating. Groomed conditions and tubing is open as well AND Cat is open for day and night sessions on Friday.

Sugar Mountain Resort – 39.9° and holding fort with the same 4 slopes and trails to the top of their mountain serviced by 1 lift – their new Summit Express, 6 pack chondoloa lift. Ice skating is open as well.

Here’s a couple of notes of interest in an effort to continue our “No Bull Reporting”.

First, evidently snow only melts at Sugar Mountain. Sugar is the only ski area to report a drop in base depths since the last round of snowmaking which took place days ago now. It’s been warm to say the least and we’re seeing some thin coverage areas already beginning to show and yet only Sugar is reporting a drop in base. Sugar’s base dipped 2-4″ over the last two days.

All others are still reporting the same snow as they did three days ago.

In fairness to Beech Mountain, they just opened today so there’s been no previous report of base, and they are reporting an 8-24″ base. Some thin coverage spots are already appearing at the merge of their “Crossover to Freestyle slopes”.

The forecast for today over at Maggie Valley, NC – home to Cataloochee Ski Area – is calling for a 64° high temp and sunny skies. App, Sugar and Beech should see temps in the 57-60° range as well and that won’t bode well for maintaining base depths.

The best snow or slope quality available today – is unquestionably at Appalachian Ski Mountain but even they have some thin coverage areas and some bare spots showing such as at the terrain park hill and off the left side of Big Appal. 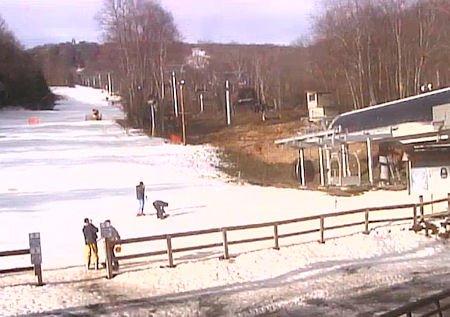 Sugar Mountain Resort has re-aimed their base camera back over to the slope just enough to show good snow coverage at the base area. Late on Thursday I drove up and had a look at some the mid and top slope area and they too have some thin coverage areas.

Cataloochee looks pretty good as well and they’d probably get our “tip of the cap” at providing the second best conditions of the four ski areas that are open today.

The truth is – it is borderline miraculous that we even HAVE snow on the slopes at any resort because we’ve only seen a handful of snowmaking nights to this point in the early-season. I have received a bunch of emails about how great Snowshoe looks at the top of their mountain. No doubt, that they could be offering a trail or two. However with all of the guests that visit that mountain, they really want to provide a good bit of skiable terrain before they open.

A couple of weeks ago as we were covering the NC Ski Areas Association Economic Impact presser, the featured speaker, Dave Belin of RRC Associates reported a lot of great information. The most important data to take away from that meeting was the fact that the 2014-2015 ski season was the second most visited ski season on record for the state of North Carolina based ski resorts at 653,654 skier visits. The most visited season was during the 2009-10 campaign with 671,000 visits.

Among the good news was the fact that those 653,654 visitors last season generated $197.2 million in total economic impact. 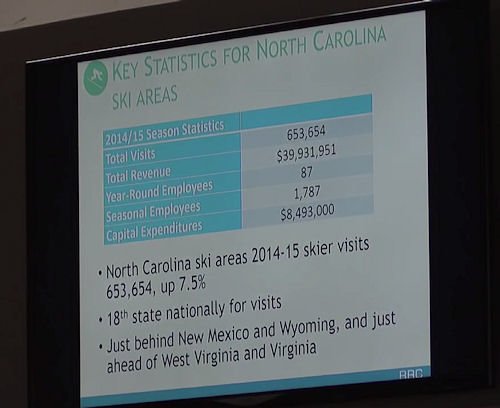 HOWEVER, during that presentation Dave Belin made a huge error in one of his comments and in the Powerpoint Presentation graphics.

Notice in the graphic to the right that Belin’s report states that with those 653,654 visits last season, North Carolina ranks “JUST AHEAD of West Virginia and Virginia”.

I have purposely waited to see if any media outlet or anyone (period) would come forward and offer a correction. I’ve looked around at several newspaper and other online media websites to see if anyone else caught that error. If they did, they haven’t reported the error.

I know that many of these kinds of events are kind of “dog and pony shows” where the hosts can basically say whatever they want and we in the media just report it as news. I would have thought that those “in the know” within the management staffs of the NCSAA or even at RRC Associates would have caught that mistake – especially since they have all of the data for every state.

However, just to be fair and accurate, we’re going to go ahead and report the correction. While North Carolina’s ski areas pull a ton of traffic and while they DO an amazing, amazing, amazing job of generating hundreds of millions of dollars in economic benefit – they (we – because I too reside in the awesome state of North Carolina) rank behind the state of West Virginia in numbers.

The weather forecast for the next 10-15 days is, in two words, not good. In fact we should see some rain Sunday through Wednesday and there’s MAYBE 3-5 nights of the next 15 that will allow for snowmaking and a couple of those nights are borderline.

It’s not out of the question to expect that we could see ski area closures mid-week next week. 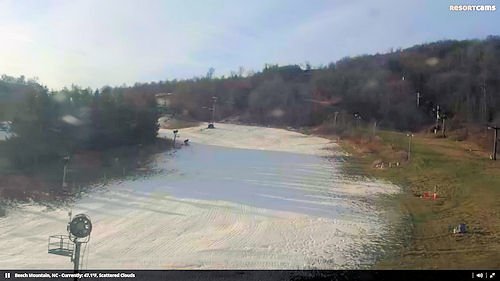 Beech’s base is the most suspect right now and they could see the start to their season happen much like Sugar’s did with only a couple of days of operation and then shut back down until cold air returns. We haven’t heard from Beech, but they COULD be planning to only ski and snowboard this weekend and then close during the week next week anyway.

Wolf Ridge Resort, over in Mars Hill, Wolf Laurel had hoped to get open today, but they were not able to.

All other ski resorts are simply stalled due to the weather and awaiting a change in weather patterns to something more winter-like.

There’s been a lot of weather chatter that Winter is on the way and that we will see a pattern shift more conducive to snow and snowmaking coming soon, but it really can’t come soon enough, right?

There are some “rain/snow showers” in the forecast towards the end of next week and into the end of the first week of December, but the low temps through December 10th or so – just doesn’t look all that “winter-like” just yet.

We’ll take the tact that Snowshoe’s marketing people are using as they posted today, “Winter is coming… soon! Colder temperatures are on the way and the forecasts are calling for a fantastic, snow-filled season.”

We have been getting some emails from concerned travelers who have mid-to-late December travel plans to the mountains. The truth is that it is much too early to worry about what the weather might be like just prior to Christmas. That’s nearly a full month away and the weather can turn on a dime up here. The winter forecast is for a snowy and cold one, with more than a few significant snow storms. That sounds great to us…so bring it on.