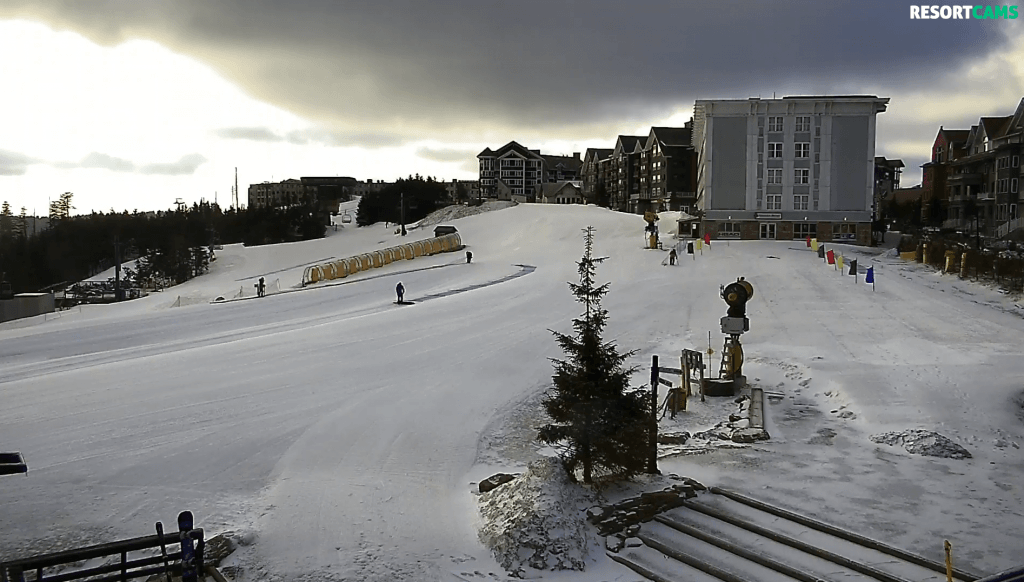 Before I dive into some interesting shares with you guys today, let me remind you guys and gals that TODAY Boone, North Carolina will host a St. Patrick’s Day Parade on King Street in Boone.

You can catch views of the parade LIVE on ResortCams.com at the King Street WebCam

I will be on the parade route with my trusty GoPro and I will LIVE BROADCAST some clips throughout the day. The BEST way to catch those is to hop over to Facebook and WATCH LIVE. We’ll probably TUNE IN a few times during the day. So keep watching for those.

Click HERE to Like/Follow Us on Facebook. We’re reaching more than 60,000 people a week and growing! A best way to get LIVE and up-to-the-minute updates.

Then later in the afternoon around 6pm or so, I will be part of a group of ten or so with “VIP passes” (thanks to Danny Wilcox and Appalachian Mountain Brewery) who will be in attendance filming. We could not get any new SkiSoutheast gear in time to throw to the crowd due to all of it that was scarfed up at the Summit. However we WILL be giving out a ton of the new SkiSoutheast stickers.

Then look for some LIVE “pop ins” throughout the event via Facebook.

Later on Sunday, we will try to post up more photos, videos, etc.

It should be a BLAST all day and evening with near-perfect weather for both events.

Here is a video PROMO that we popped up three weeks ago. It has received 30,735 views. Hope a lot of you guys show up!

BE SURE TO CHECK THE SNOW REPORT for the deets today.

If you want to WATCH the video snow report…here you go. (Be sure to turn the volume ON/UP.)

It is hard for me to grasp that it has only been two weeks since the SkiSoutheast Summit. The last couple of weeks have pretty much been a snapshot of what the entire season has been.

We’ve had underdeveloped snow in the form of light foggy, misty, drizzle rain the last couple of weekends and measurable rain on 11 of the 15 days of March – thus far. We’ve seen only FIVE of those fifteen days where the low temperature was below freezing even at night. Thankfully that stretch of cold air from March 4th-8th set the ski areas up nicely to make a huge amount of snow.

Thanks to Tommy Miller who posted this 15′ wall of snow from Appalachian Ski Mountain the other day. That shows you just HOW MUCH snow is still around despite the kind of roller-coaster and challenging winter this has been.

Some would argue that it hasn’t been a great one because the temperatures – especially for the NC ski resorts – have not been consistently as cold as a normal winter. Detractors could also point to a vastly lower amount of snowfall than normal even for usually snow-prone West Virginia. They wouldn’t necessarily be wrong in pointing that out because Snowshoe is locked at 102.5″ on the season to date giving them about 56% of their normal annual snowfall. Strangely enough, Beech Mountain Resort has hit 78.7% of their annual snowfall with 63″ compared to a usual 80″. However, it’s just been a roller-coaster, strange season.

Even so, NONE of the major ski areas in the region missed ONE DAY of staying open this season. On top of that, I’d bet you that Beech, Appalachian, Cataloochee, Sugar, Snowshoe, Bryce, Massanutten, Omni Homestead, Wintergreen, Ober, and Wisp all have had “top ten skier visit” seasons. So the bean counters should be happen.

I’d predict that Winterplace Resort had a great season, despite the fact that an early ice storm and electric power company issues – NONE THEIR FAULT – kept visits down here and there. 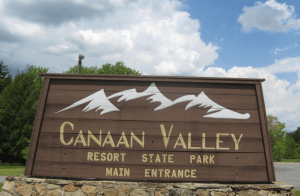 I left Canaan Valley Resort out of that list on purpose, because I think I can safely say that Canaan Valley had their BEST SEASON EVER. That was only in part because of the perils that Timberline Resort had all year. Canaan would have probably had a top two-to-three season anyway…but add in Timberline’s issues and 2018-2019 has been a stellar season for Steve and his crew in Davis, West Virginia. It has been fun watching Justin Harris’ video updates all season long.

Want to know how ODD this season has been? I’ve enjoyed the heck out of Justin and Canaan’s “mountain zen” videos all season long. The perception of such a snowy winter up there is partially a reality as snow fell on 56 of the 109 days since November 27th! If you’re good at math, you’ll realize that means that snow fell at LEAST every other day all season long. So there was snow flying seemingly throughout the entire ski and snowboarding season. Those “mountain zen” videos had my juices flowing.

However, somewhat stranger than fiction, Canaan Valley only hit 53% of their NORMAL annual snowfall this winter with 94.9″ compared to a normal near 180″.

This is all further proof that the resorts were able to make an amazing amount of manmade snow in shorter windows than usual and THAT is a real testament to the rewards of the millions of dollars invested in snowmaking technologies.

I mentioned that 15′ + wall of snow that is still at Appalachian Ski Mountain…and on top of that, Brad Moretz and his crew have allowed the Daniel Boone Railjam promoters to truck away 18 TONS of snow over to the Horn in the West Amphitheater in Boone for what should be an awesome time to be in Boone.

Steve Skarupa has been posting some nice photos via Facebook from up at Snowshoe. Here is yet another nice sunset from two nights ago. He said the circle around the sun happened in camera. Settings: iso 1600, f8, 1/160th, 24-70mm f2.8 @70mm, d5100, handheld. Thanks Steve!

The final weekend of the season has arrived, and we have two days of skiing and riding left before dreaming about next season begins. We will operate this weekend with 23 out of 47 trails available, and winter is returning fiercely. The current temp is 26 degrees, with blustery winds of 25 to 35 mph. There have been off and on snow showers overnight, which should help conditions. Temps will hold in the 20’s and 30’s all weekend, so it’s a great weekend to hit the slopes one last time.

Remember that it is also Guest Appreciation Weekend and we are offering $89 room rates and all West Virginia residents ski for free on Sunday. I hope to see you on the slopes, and I will be searching for guests to put on the Mountain Report, so hit me up if you see me. Enjoy this last weekend of the season.

The weather has turned colder and with clear skies today it should be a great day to be out on the mountain! We are on our late season operating hours of 8:30am-4:30pm, Saturday and Sunday and 9am-4:30pm, Monday through Friday through the end of the season. The CCTP Crew remain hard at work each day, and have 11 features in our terrain parks located on Upper Turkey Trot, Richards Run, and Short n Sweet. And yes, we assure you we have more than enough snow for your skiing and riding experience well through the end of March.

Join us for St. Patties day! Live music from 1-5pm in the lounge, green beer and corned beef and cabbage!

Our grooming team has been out all night getting the mountain back in shape for the weekend, and as always, they’ve done a great job. With our Ballhooter Spring Break Festival in full swing, there will be plenty of off-slope fun for you today as well. Check out This Week On The Mountain for the full weekend schedule (available online and at front desks). Please remember to always ski or ride within your ability and pay close attention to all trail signage.

The Coca-Cola Challenge Course will be set up at the top of Ballhooter from Noon to 3PM today! Come on out and give it a go.

The highlight of the weekend will be the Slide & Splash Bash on Saturday. Costumes are a must and style is a premium. Are you up for the challenge?

11 am -2 pm registration at Snowsports School Desk
2:15 pm Contestants meet at the top for the learning area
2:30 pm Event start
Awards to follow

Time is flying by and the 2018-19 winter season is coming to a close. But we planned to end strong and we have enough snow for a bonus weekend March 22-24! The slopes will be closed Monday through Thursday but come back on Friday to Sunday for your last runs.

We’ve mentioned that Louie Vito will be there to judge and we learned yesterday that Blowing Rock native and U.S. Ski and Snowboard team member Luke Winkelmann will also be in attendance. Winkelmann is coming off of a fourth place finish at the Burton U.S. Open Snowboarding Championship in Vail, Colorado earlier this month.

With temperatures forecasted to be in the upper 40s and lower 50s, things are shaping up to be really nice for the event.

Last year the event had around 70 competitors and they are expecting at least that many this year and maybe more. Riders are encouraged to pre-register for the event online for free. If riders choose to wait until Saturday, the registration fee will be $35.

Email me any thoughts, ideas, comments….but keep the complaints to yourself! Naw, email those as well. [email protected]