A Great Holiday Weekend Followed by Some Light Snow 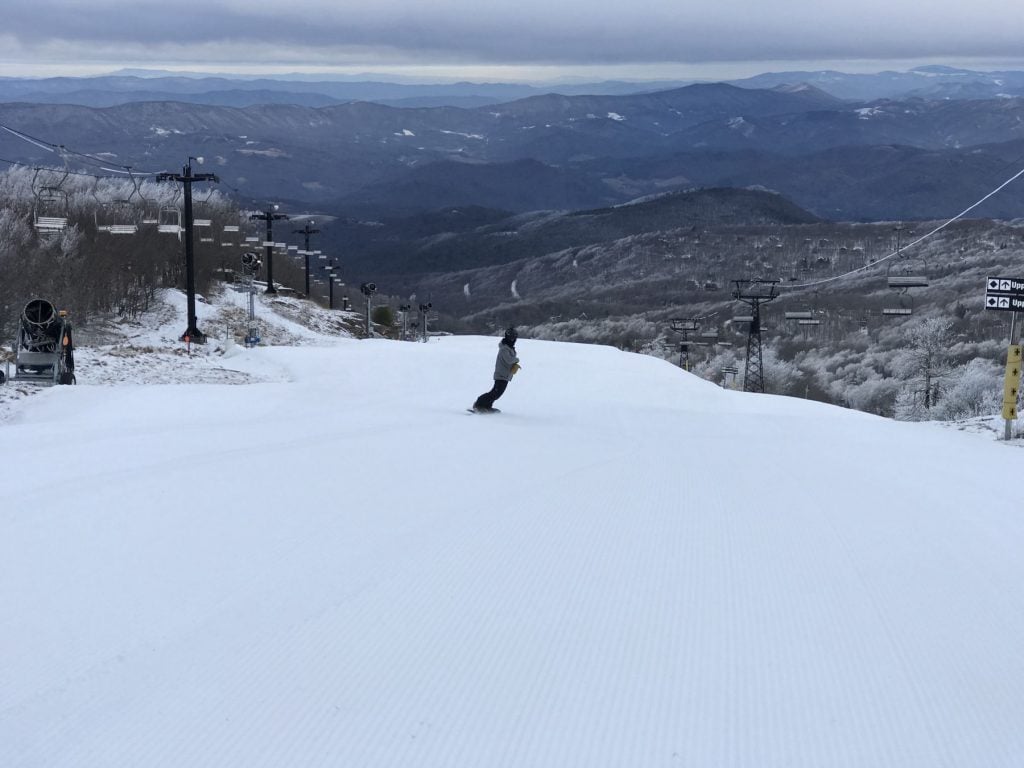 To say it was a successful holiday weekend is a bit of an understatement I do believe.  Thursday and Friday of last week were pretty awful but Mother Nature did a complete 180 and visitors to the ski areas this weekend were treated to some truly delightful conditions.  Saturday was a transition day and was a little windy, cold and snowy but Sunday and Monday turned out to be FANTASTIC.

I don’t have any numbers in terms of skier traffic but from what I saw on the webcams and experienced at Beech yesterday it appears to have been a great turnout.  Joe Stevens said he heard the same thing.  The last 4 or 5 weeks of cold and snow definitely caught the attention of many people in the region.  I saw a video from Beech on Saturday and in the background you could see a HUGE mass of people waiting to get on the quad.  It almost deterred me from going yesterday.  I’ve been going to Beech for a decade plus now and I’m not sure I’ve ever seen it that bad.

This is kind of off note, but I had a ski patroller say something to me while waiting in line and I had never thought of it before.  Apparently some guy was complaining about the lift line wait on Saturday and talking about how he’s been to Vail and it’s not like this yadee yadee yada.  The ski patroller explained to him that not only is it a much smaller mountain, but the amount of people within driving distance of ski areas in the Southeast is so much more.  For some reason I’d never thought of that before.  I just looked up some stats and apparently there are a little over 5 million people within 300 miles of Denver, Colorado.  Banner Elk, North Carolina?  Try almost 42 million.  Whoa!

Anyways, back to the snow…Thankfully I didn’t let the video stop me from going and I made it up there yesterday morning.  I told you all last week that I would be waiting in line at 8:30 AM and sure enough I was the first person in line at that exact time.  That’s the 3rd time this season I’ve gotten first chair.  Well, two technically as I hiked to the top on one occasion.  A couple of skiers showed up a few minutes later and the three of us were rewarded for our early rising with an 8:40 AM opening of the quad.  We got in several laps on some fantastic corduroy before anybody else arrived.  It was awesome.  The featured image of this post at the top is proof as yours truly was the first person down White Lightning.  Beech wasn’t able to open that run at all last season so it was the first time I was able to bomb down it in two years.  It felt great.  I finally splurged on a new GoPro (wow it is nice!) this weekend and below is video of my second run.

The crowds showed up around 10 or 10:30 and things got progressively busier.  By then I had already gotten double digit runs in though so I was already satisfied with my day.  As I said on Friday, getting up and out on the slopes early is crucial on holiday weekends.  The final day of the long weekend is also usually the best day to go as it’s far less crowded.  This was evident at Massanutten yesterday as Meimei Ma was out and about at the Virginia resort.  She says…

“Absolutely perfect conditions at Massanutten on Monday, 15 Jan.  Only a bit of snowmaking the first hour or so on DJ, no guns on for any other open slopes.  Ski patrol marked thin areas that were covered by night time snowmaking and grooming that were grass a couple days before.  Essentially not crowded all day.  That’s normal for Massanutten on Monday holidays, although temperatures in the high 20s was probably a factor.  Only Lift 3 had a lift line with more than a 5 min wait midday.  Only Mass Transit was a little slick by the afternoon.  Paradice, Showtime, and MakAttack had plenty of new snow and stayed great into the late afternoon.” 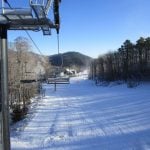 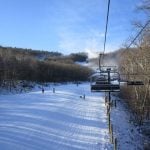 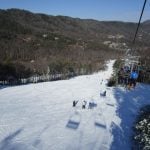 I’ve gathered some more images from social media of conditions this weekend and you can find them all below.  They all look so good!  Click on each to enlarge. 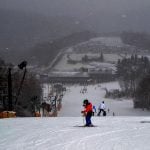 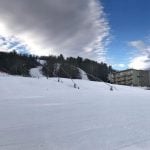 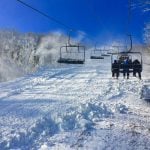 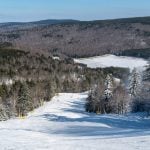 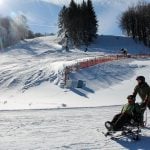 A day at Ober Gatlinburg.

Following up the stellar MLK weekend is another round of light snow beginning later today and lasting into early tomorrow.  As has been the trend all season long, forecast totals are minimal right now but snow is snow.  Right now, the forecast from the NWS is for 1-3″ for Ober Gatlinburg and the ski areas in North Carolina.  Wisp Resort and the West Virginia resorts are looking at 2-6″.  The Virginia ski areas are also looking to get in on the action as the forecast for them is for 1-2″.  They always get the short end of the stick when it comes to natural snow so I always like to see Mother Nature help them out. 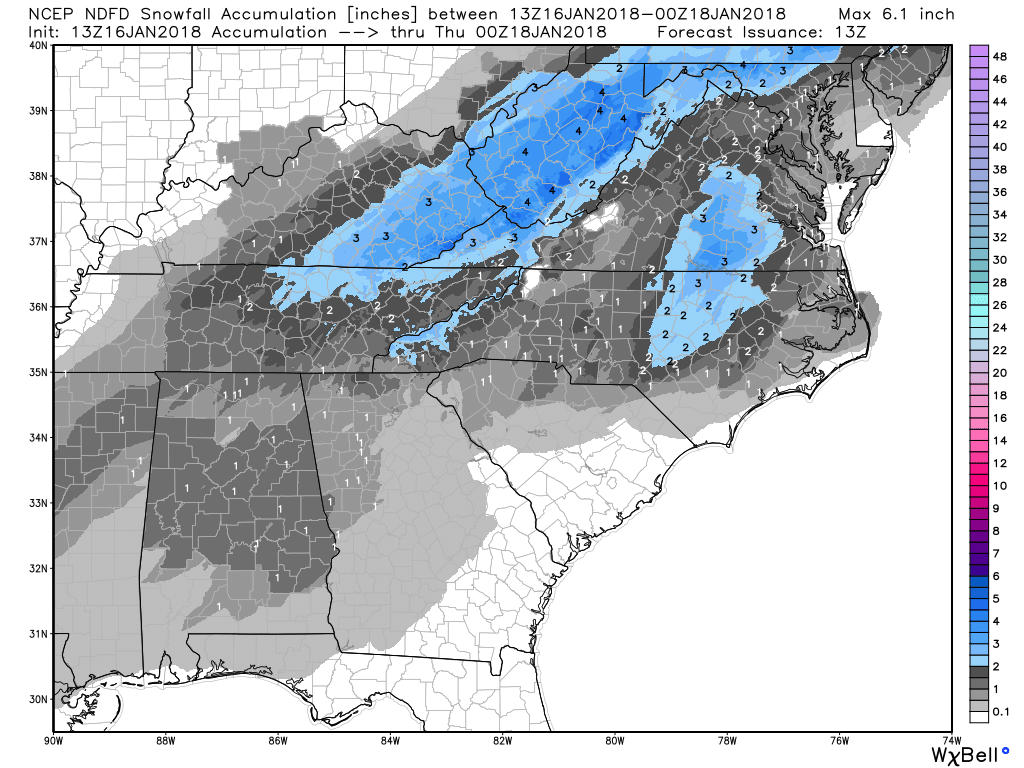 Tomorrow should be an AWESOME day to be on the slopes, but it is going to be absolutely frigid once again.  I’m seeing several resorts with highs in the single digits.  I think I could deal with it though for some fresh snow.

The really cold temps won’t last long though as we’ll warm up on Wednesday and a moderating trend begins.  After tomorrow, it doesn’t look like we’ll see another cold blast for a while.  With the exception of a few small stretches, the past 5 or 6 weeks has been abnormally cold though and the ski areas are all in a great position right now thanks to a ton of snowmaking and some natural snow here and there.  A little break in the action with sunshine and temps in the 40’s this weekend definitely isn’t the worst thing possible.  To be honest, it actually sounds pretty awesome.

I’ll keep you updated all week and make sure to check back tomorrow as we should have some (natural) snow to talk about.