Hump Day Snow for Everyone 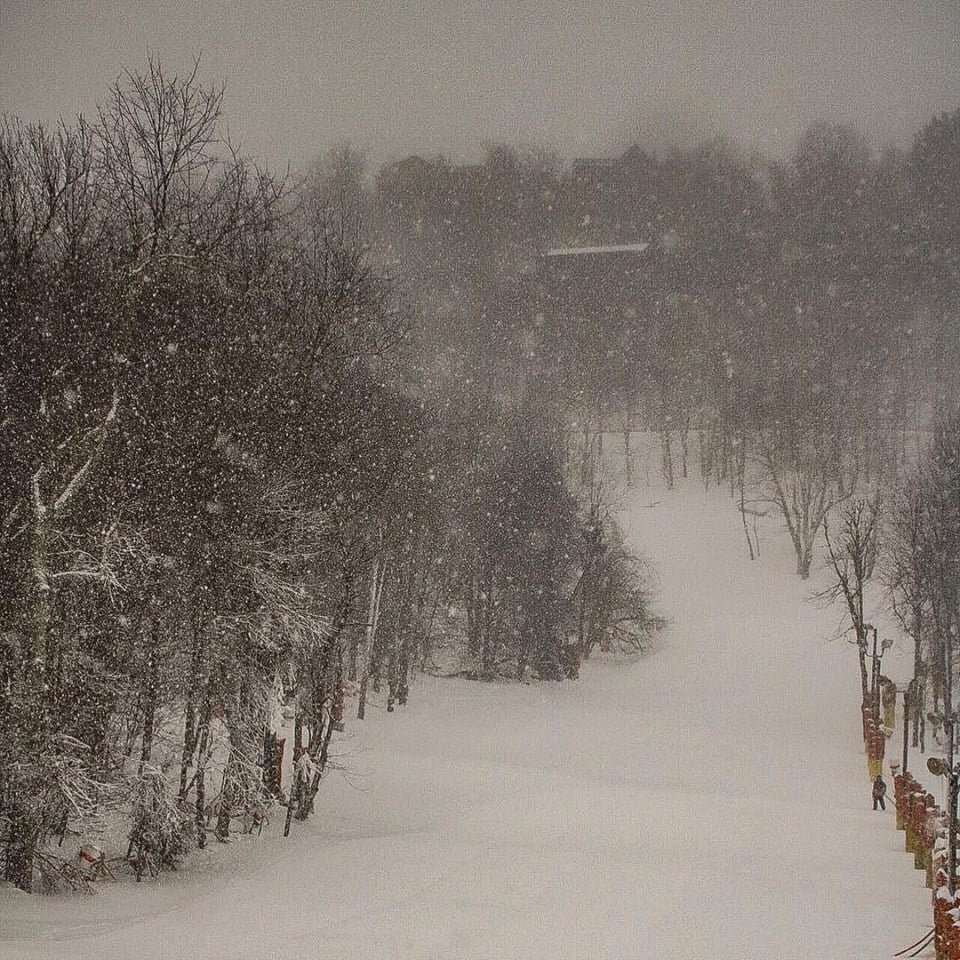 While the title of this post refers to the fact that just about every single ski area in the region has some measurable snowfall this morning, it also applies to many of us who are off the mountain.  I feel like a kid right now as I look outside my home here just north of Charlotte where I currently already have an inch or two of snow on the ground and it continues to come down.  It’s awesome to see, but it’s making me wish I was on the slopes today as the ski areas are reporting anywhere from a half inch to 7″ of fresh snow!

The snow began overnight and continues this morning, although it appears to have tapered off in the northern part of the region.  The numbers are more impressive up that way so I don’t feel too bad for them.  As I said, just about every single ski area has measurable totals this morning and below you can find those numbers.

The totals aren’t crazy high but in what seems like a (natural) snow starved season such as this the excitement level is amplified whenever we do get some.  Heck, I get excited for any amount of snow no matter what.  There must be a lot of other people who are pretty stoked on the snow as well because Resort Cams is seeing a ton of traffic right now.  We’re probably well on our way to a top 10 day in terms of page views.

I was hoping for a little more snow for the Virginia ski areas.  Outside of Wintergreen, it looks like totals up that way fell just below the forecasted amounts, which were in the 1-3″ range.  Wintergreen must be in an optimal location for this system as the difference in snow totals between them and the rest of the VA resorts is yuge.

Ober Gatlinburg is probably the big winner with this system.  They didn’t have the highest amount but relative to what they had seen so far this season (hardly any) it was a very good event for them.  With the 3″ of new snow they received they almost tripled their snowfall for the season.  Awesome!

We might have to adjust some of the numbers if we get updated reports.  The snow is mostly over for the West Virginia, Virginia, and Wisp ski areas though and the webcams show things clearing up that way.  The numbers for those resorts should remain as is.  The radar and webcams still show some flakes falling in the North Carolina mountains though so another inch isn’t out of the question.  Apparently the roads are pretty terrible right now in the Boone and Banner Elk area so be careful if you’re on Highway 105 and headed towards Beech or Sugar.

The snow will be fantastic if you are lucky enough to be skiing or riding, but make sure to bundle up.  It’s cold.  Highs in the single digits and teens with a brisk northwest wind is going to make things miserable if you’re not layered up.  Man, I have been saying that A LOT in the past month.  Just make sure to bundle up properly or you’re going to have a bad time.

After today, we’ll see things warm up as we progress through the week.  I mentioned this yesterday and it still applies.  This past weekend was fantastic but quite honestly I think this weekend might be even better in the eyes of many folks.  Clear skies with highs in the 40’s is going to be awesome.  After a 5 or 6 week period with ridiculous cold we’ll finally be able to thaw out a bit.  I might actually get some projects around the house done.  The natural snow today and snowmaking over the next couple of days is only going to make things that much better.  Friday, Saturday, and Sunday really do look fantastic.  Make those plans now!