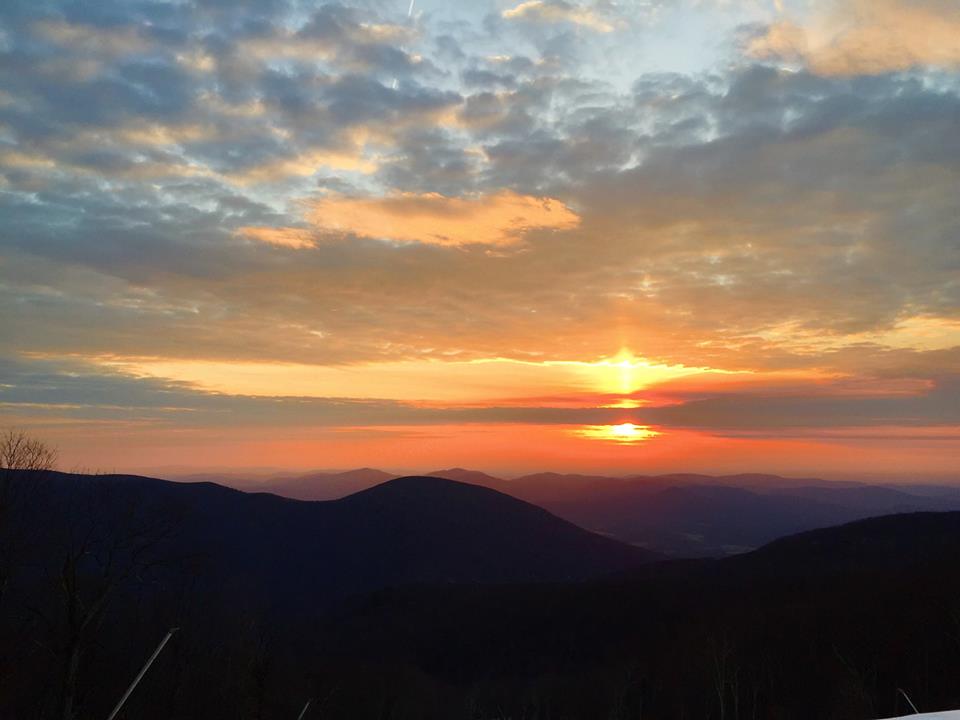 The come down from the high of the weekend cold and snow continues today as rain showers move through the region.  It’s a good day to get some work done.  Looking ahead towards the weekend, it looks like significant snow is a possibility for some resorts in the region.  INTERESTING.

Welp, after the excitement of the weekend weather, today sees a return to sloppiness.  We had a few sprinkles and light showers yesterday.  The underdeveloped snow will be much more pronounced and widespread today though.  The radar shows that line of rain headed this way. 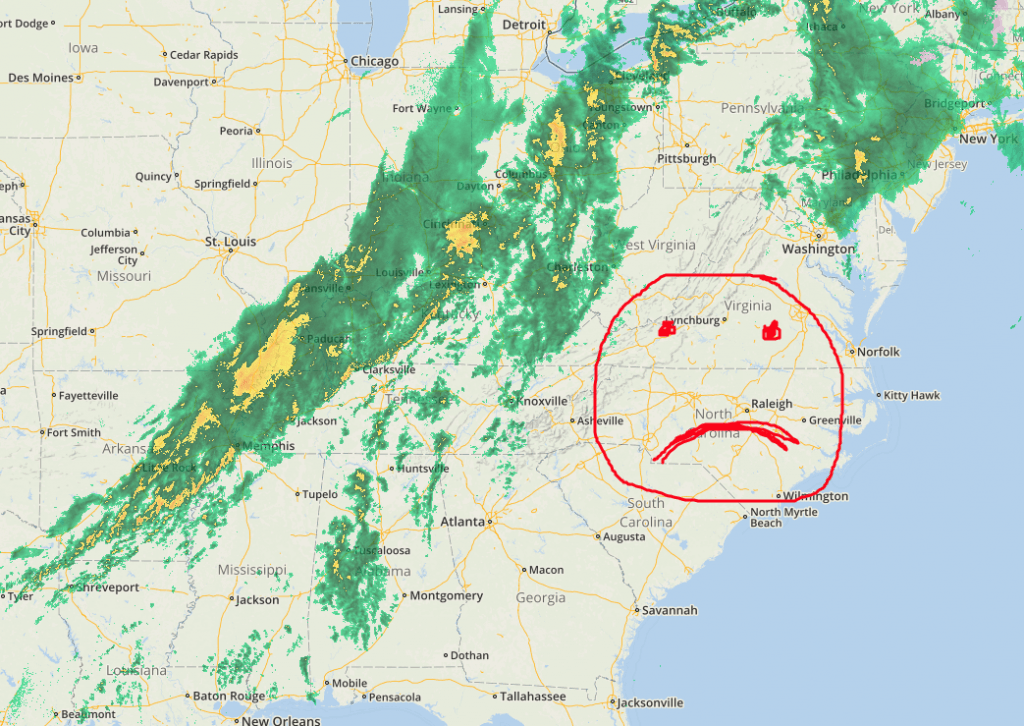 It’s already pretty gloomy across the region with grey skies showing on all of the webcams.  Areas of the North Carolina look pretty foggy this morning as well.  The top of Beech is socked in and visibility at App Ski Mountain right now is practically nothing. 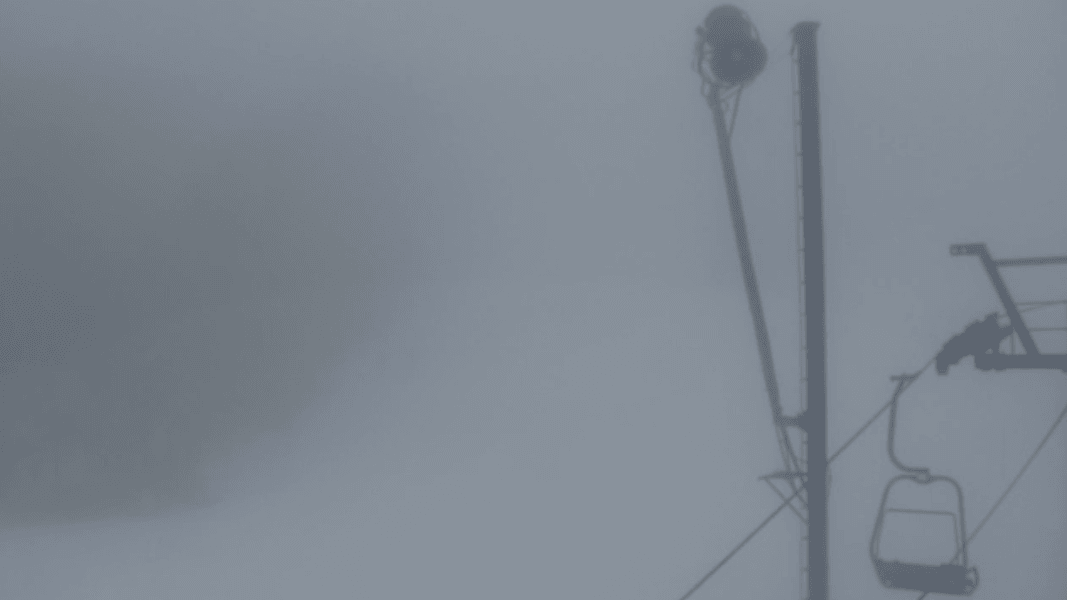 So yeah, today looks less than stellar to say the least.  The good news is that a return to sunshine is in store for tomorrow and Thursday.  Yesterday it looked like tomorrow night might provide an opportunity to make snow, but it looks like that will have to wait until the weekend.  Both days look to offer some nice spring skiing conditions though.  I feel like I’ve been talking about spring skiing conditions for months now, and I have when you think about the January and February thaws.  So it is nice to talk about it in March when it’s supposed to happen and not cringe when I type it.

The big story when it comes to weather in the region is the possibility for significant snow this weekend.  I did not mention it yesterday because we were still 5+ days out and even the NWS didn’t have anything in the forecast, in the morning anyways.  After a few more model runs though that continued to show snow, it’s time to talk about it.

A cold front is going to move through on Friday.  Even before the chance of natural snow, snowmaking should be a go for Friday night for most of the remaining open ski areas.  Northern West Virginia might see a little bit of natural snow as well on Friday during the day.  Things begin to get interesting on Saturday as an area of low pressure looks to track across Alabama, Georgia, and then South Carolina early on Sunday.  The exact track of this low is crucial in determining where the snow ends up.  Over the last 24 hours the weather models have the snow creeping further south.  They went from having a bullseye over central West Virginia and Virginia yesterday to now showing that bullseye over southern West Virginia and near the NC/VA line.

I’m sure this area of heaviest snow will fluctuate as we go through the week.  We are still 4+ days out and the forecast will undoubtedly change.  Maybe it’ll completely go away.  Maybe it’ll get even better.  Anything can happen at this range in the forecast so just keep checking back here everyday as we’ll keep you updated.  That and I suggest following Brad Panovich on Twitter (@wxbrad) as I’m sure he’ll be all over this.  That and he’ll probably be sending us some video forecasts.

I will say that I have already put my fiancé on alert that I might be gone Saturday night and Sunday.  If it does dump anywhere in North Carolina, Virginia, or West Virginia I am going to be there.  You should too!  We have a few ski areas that are closing up this weekend and it would be a helluva way to go out.  A powder day to end the season would be pretty epic.  Cross your fingers!

This will be the last time that I talk about this past weekend’s Ski Southeast Summit at Snowshoe Mountain, I promise!  I just wanted to mention that I posted a photo gallery yesterday afternoon with lots of photos from the weekend.

And messageboard member clemsonkeri also posted a trip report with lots of good pohtos as well.  Check em out!

I must have missed this yesterday, but in addition to the resorts I mentioned yesterday that will be calling it quits after this weekend, Wintergreen also appears to be closing up shop after Sunday.  On their blog, they mention that they are planning on skiing and riding through March 12th.  They’re open from 9am-5pm all week.  They could possibly be one of those resorts who end the season on a high note with some powder.  Only time will tell.

Enjoy your Tuesday and keep checking back all week as we’ll keep you updated with the weather.  Think cold and SNOW!