Friday’s and Snow are a few of my favorite things

Today’s featured image is from Wintergreen Resort – where they received two inches of natural snow on Thursday.

Friday’s and snow always make for a great combination.

We are capping off what has been one of the best weather weeks so far this season with more snow over the weekend. Albeit – it will be lighter than what we were hoping for, but it is going to be the perfect cherry on top of this week.

Yesterday even brought some fresh snow yesterday. While it was mostly heavy dustings, Wintergreen picked up two inches, while Snowshoe recorded an inch. All of the resorts in our coverage area have the potential to get a little more snow over the weekend.

In fact – the snow has started to fall at Sapphire already this morning.

Posted by SkiSapphireValley on Friday, January 31, 2020

Brad shared his latest skier’s forecast late yesterday and broke down what we could see this weekend.

It will be a great weekend to hit the slopes if you are able.

Life has simply been really good this week at all of the resorts with incredible conditions. Light natural snow has helped keep the winter vibe while the snowmaking teams have been hard at it. As a result, several resorts have opened new terrain this morning heading into Super Bowl weekend.

Here is a quick look at where we stand on this Friday.

North Carolina
App Ski Mountain – App is holding steady at 100% open with a 42-60” base. They have a groomed surface with 12 trails open. They are offering $10 Sunday Night lift tickets but tickets have to be purchased online ahead of time.

Beech Mountain – Southern Star and White Lightning are now open for the season bringing their total to 15 open trails. They have seven lifts in operation with a 44-80” base. Beech is playing on a packed powder surface.

Check out this photo they shared this morning before rope drop. 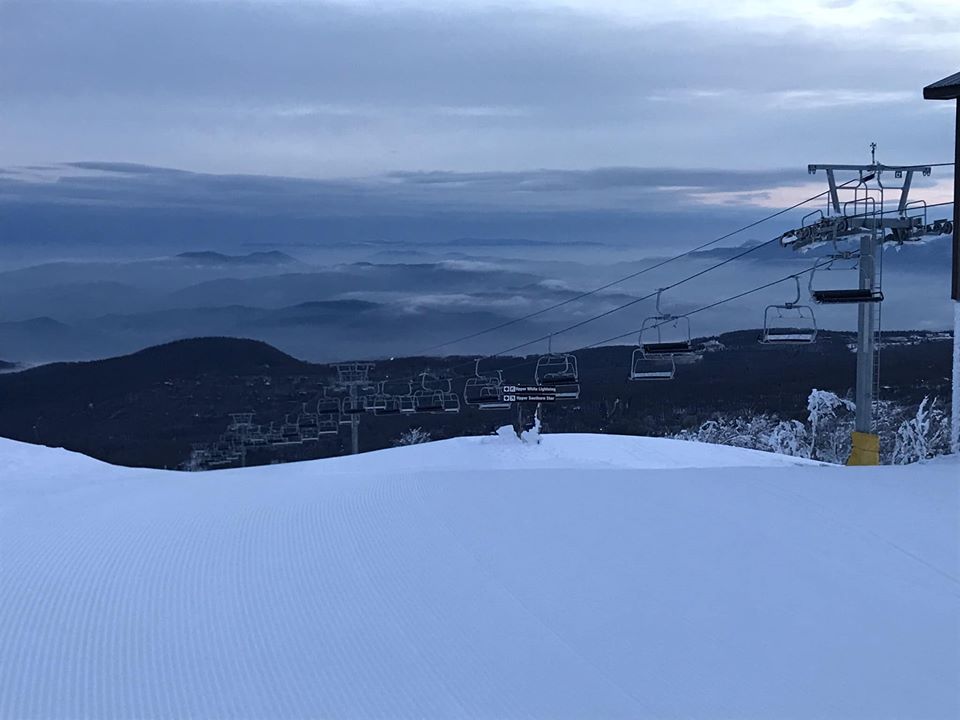 Cataloochee – They are playing with 100% open terrain with a groomed surface. Cataloochee has 18 trails with five lifts in surface with a 50-78” base.

Ski Sapphire – Sapphire reopens for the weekend as part of their scheduled hours. They have both slopes open with a 28-67” base. Call ahead as they may not open due to road conditions.

Sugar Mountain – Sugar is offering 13 slopes with five lifts in operation. They have a 46-87” base (they were making snow this morning) with a natural and manmade powder surface.

Wolf Ridge – The Wolf is playing on a 16-36” base with a groomed surface. They have seven slopes serviced by two lifts for your Friday.

West Virginia
Canaan Valley – Canaan has quietly been adding terrain in Davis as they are now offering 19 trails. They have a 15-30” base with groomed and packed powder conditions. Canaan is making snow as conditions allow.

Snowshoe – It has been a productive week at 4848’. They are skiing and riding on 49 trails with 12 lifts in operation with a groomed surface. They have a 45” base.

Winterplace – Winterplace is playing on 23 trails that are serviced by six lifts. They have a 28-44” base with a groomed, packed powder and granular surface.

Virginia
Bryce Resort – Bryce remains at 100% with eight slopes for riding. They have a 48” base with a frozen granular and groomed surface.

Massanutten – The ‘Nut is holding steady with a 34” base. Snow showers yesterday have set-up a nice packed powder surface today with nine slopes open for play.

Omni Homestead – The Homestead is offering three trails with a 24-36” base. They have a groomed surface and are also offering tubing and mini snowmobiles.

Wintergreen – After a fresh two inches yesterday, Wintergreen has 16 trails with four lifts in operation. They are playing on a groomed surface with a 32” base. 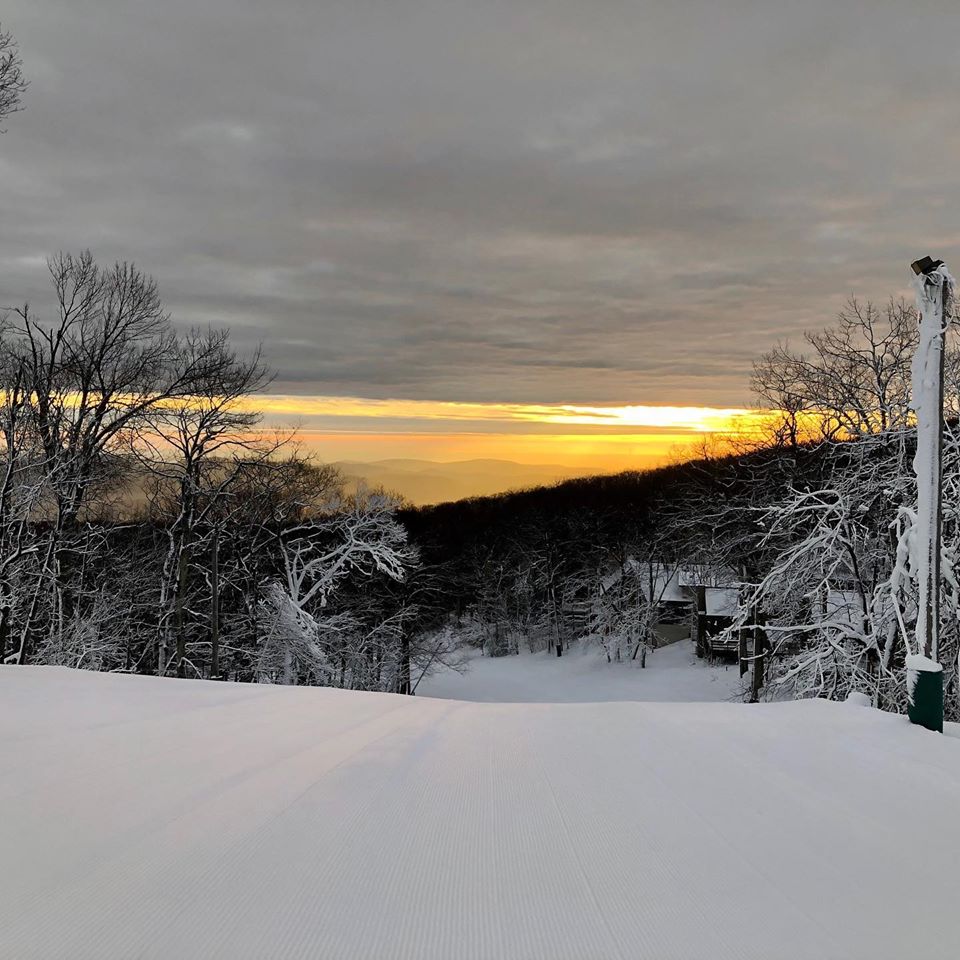 Tennessee
Ober Gatlinburg – Ober is playing on six trails today with two lifts in operation. They have a wet granular surface with a 23-43” base.

Maryland
Wisp – Wisp is offering 25 slopes today with eight lifts turning. They have a groomed/frozen granular surface with a 27” base.

For more details, be sure to hope over to the Snow Reports page.

It is going to be a great weekend on the slopes so I hope you can get out and enjoy it. Be sure to send us your pictures and videos.