Friday Arrival On The Mountain… 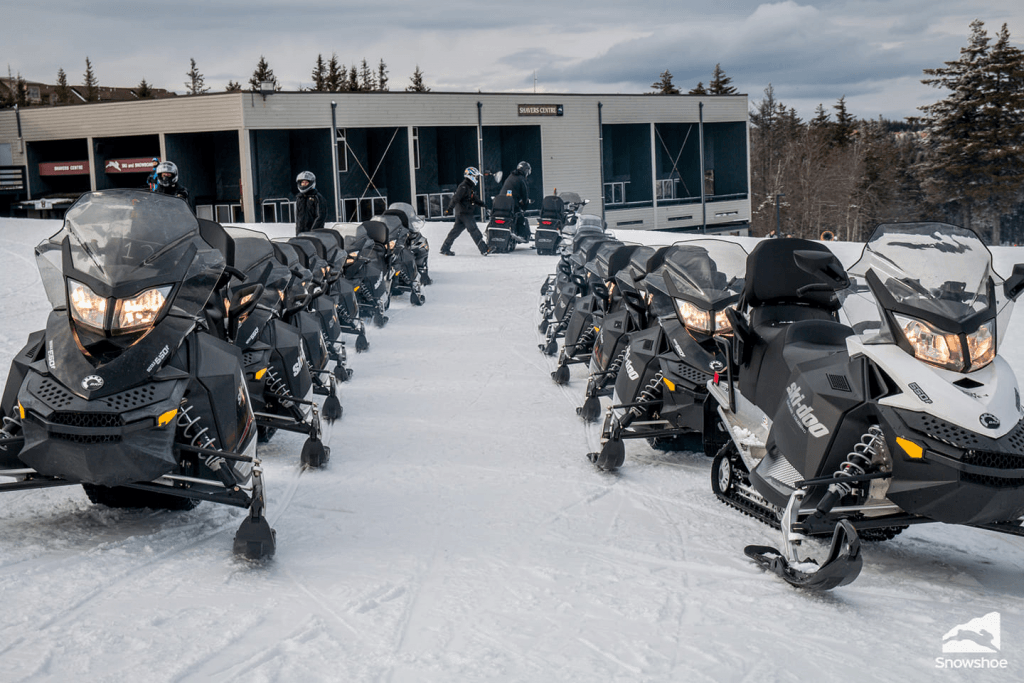 For those of you who are not following us on Facebook, here are some updates taken from on the mountain Friday. Some of our crew had chances to arrive Thursday night and according to Kenny Griffin and Brad Panovich it was a wet rain down at the bottom of Snowshoe Drive when they arrived but “fat snowflakes” up top and that was still evident as I drove in Friday afternoon.

I had to make a personal detour by Virginia Tech’s campus to pick up my youngest daughter before trekking up through Lewisburg. It was wet the entire way. It was expected though as I had looked at the forecast for light rain on Friday.

I heard from a few peeps who were out on the slopes earlier and they said it was soft, but really nice Friday morning.

Here is a bit of video taken by Kenny Griffin while riding with Brad Panovich today. (Good form Brad!)

Thanks to my Snowshoe ‘brother’, Mikey Valach, for hooking us up for some snowmobiling Friday afternoon. Hopefully Kenny took some video and can post that later. It was pretty “moist” out.

I had planned on doing some ‘power sledding’ but I had some difficulty getting into our preferred Unit 105 in Highland House. That’s the unit with the largest deck over the slopes and it’s great for videoing, etc.

By the way, look for our SkiSoutheast BANNER hanging on the railing Saturday unless it is displayed down at the boathouse at 12:30 or so.

I mentioned having a blip getting into our room. I had five units in Highland House booked and four of the five were ‘golden’. As I stepped into our room, I was met by a maintenance guy working on our heater. Good thing too, because it was 58° in the room. I quickly kicked on the fireplace and about two hours later the guy had the heat fixed.

I would LOVE to know the logistics behind how resorts of this size and scope can make nearly everything come off without a hitch way more often than not. I can tell you that over the last 20 years or so of coming up here 2-3 times a season…I don’t think I’ve ever had a real glitch with anything to do with a trip and that is saying a lot.

Kudos to everyone at Snowshoe from top to bottom…as these guys run a tight ship.

Dinner at Foxfire Grill was great as usual…and HERE…was a short video I snapped off the deck. Things were a little ‘moist’ still, but man the base coverage looked awesome.

I will be posting early in the morning so that we can be ON THE SNOW at 9am. So check the SNOW REPORT and then maybe check out Facebook in the morning as we MIGHT be able post some LIVE video early and then we’ll post more later in the day.

If you are HERE at Snowshoe, be sure to watch for us on the main mountain trails like Skip Jack and down at Ballhooter as we do LAPS in the morning. Then be SURE to come down to the Boathouse at 12:45 or so as we’ll be setting up for giving away free food and lots of freebies – weather permitting.

Check the SNOW REPORT for all the details from across the region.

Email me any comments or questions…[email protected]