FRANKIE THE SNOWMAN IS DEAD… 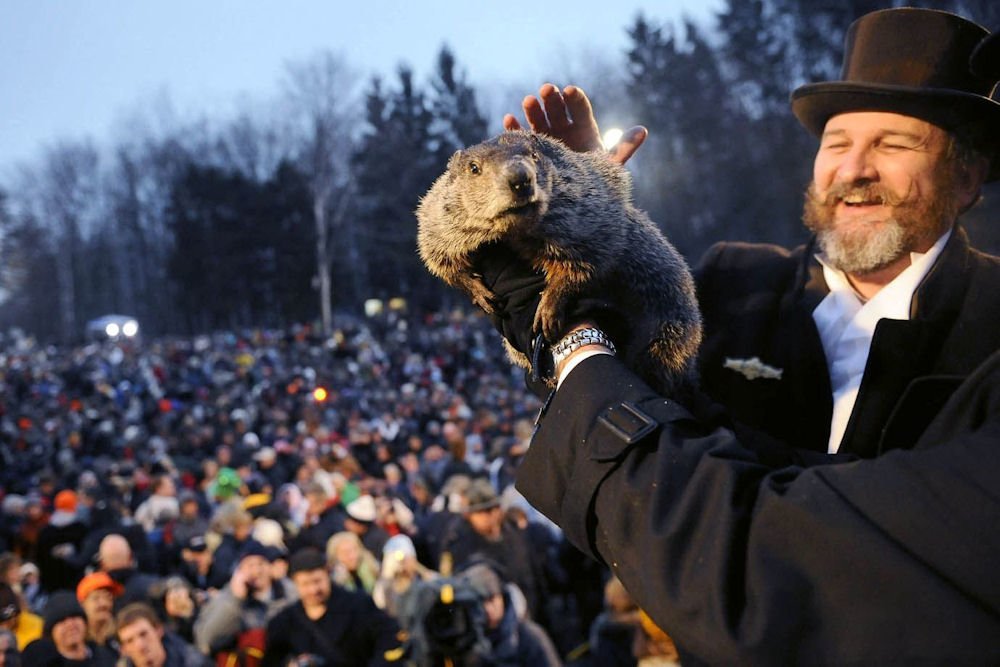 Groundhog Day is Monday. If he doesn’t cooperate…we may burn him…

In what could only be described as an underwhelming ceremony, Frankie the Snowman was sacrificed to the heavens on Saturday in an effort to inspire nature to bring on the SNOW! Whether it was punishment or some sacrificial wooden-lamb is up to you to decide. However after suffering through three sub-par winters as far as natural snowfall, we had to do the deed.

Frankie the Snowman is (oops I mean WAS) a yard decoration for the last few years. He replaced “snow girl” which was our previous version. “Snow girl” had a great run by either simply watching over or influencing (take your pick) natural snowy winters from 1993 (see the great Blizzard of ’93) through the 2009-2010 season. After finally giving in to rotting away due to the elements – we decided to replace her with “Frankie”.

Since we went with “Snow Girl’s” replacement we’ve seen some less-than-stellar natural snowfall winters.  We held out hope that Frankie would be saved from being burned at the stake when every weather guru in the region forecasted a VERY cold and snowy winter. Some went as far as to predict 167% of the average winter.

OBVIOUSLY that wasn’t happening through the first half of the season. So we knew it was time to react.

So in a ceremony that was anything BUT entertaining – we threw together some loose limbs here and there, and dumped about a half-gallon of gasoline on it; threw Frankie in the middle of it and set it afire!

He was pretty stubborn at first…not wanting to catch fire. Ultimately fire won out and the rest is history. At least Frankie is history.

The general prediction from those of us who did the deed varies from significant snowfall within the next 7-10 days to “mom’s” forecast of heavy snow around March 1st. I love my mom, but I’m going with ten days.

If YOU guys have any ideas (you guys can be very creative) for helping to get our winter rally caps on…send them on. In the meantime, THINK SNOW!

(No ACTUAL snowmen were harmed in the creation of this production.)

Previous Post
Another Beautiful Photo of Snowshoe by Will Mauney
Next Post
SATURDAY WAS PROBABLY A RECORD SKIER VISIT DAY FOR THE SKI RESORTS!