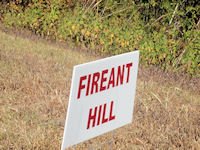 Longtime followers of this website will attest to the fact that many years ago I began annually reporting on the number of foggy days in August as a predictor of snowfalls in each subsequent winter. I reported on how plentiful the acorn crop was or how thick the acorn shell was.

Then over the last couple of years I was preoccupied with other business and kind of backed off some of the more nonsensical posts and a lot of you wrote me with a tone of disappointment. So beginning 30+ days ago I began counting and posting again. I alluded to the "Fogs in August" as "folklore" that had been passed down for thousands of years.

I also consulted with other "folklore experts" as to their counts and in the process I learned that I had been errantly reporting this seasonal phenomenon. In fact I learned that a LOT of other services were doing the same – even our beloved Old Farmer's Almanac.

Most weather-related services refer to these predictors as "folklore" when all of us should have been reporting them as "weatherlore". (Thanks to Tina Johnston of Aiken, S.C. for that insight.)

Folklore is different from weatherlore, but both are interesting and entertaining,
and both have been around for thousands of years. Folklore are beliefs based on fear and superstition.  Weatherlore is based on observation of the environment
and the effects that changes in the weather have on insects, animals, birds, crops, nature and people. (Thanks to the interwebs for a compilation/definition there!)

That said, as I began posting in early August – I also began getting some emails from you guys. I've been writing for SkiNC and SkiSoutheast now for this my nineteenth season and I guess I CAN learn something new. Our readers sent me the following WEATHERLORE and I suppose it is now up to "old man winter" to show us if these weather predictors will come true or not.

HERE ARE SOME OLD RELIABLES…and some I've not heard before:

For every fog in August, there will be a snowfall. – Here's hoping that we have (19) Three day storms 😉 (But the roads stay crystal clear.) YES, I tallied (19) foggy August mornings.

If the first week in August is unusually warm, the coming winter will be snowy and long. – Looking at Banner Elk's first week of August, it was NOT unusually warm and in fact it was very seasobable with highs in the low to mid 70s and lows in the upper 40s to mid 50s.

If a cold August follows a hot July, it foretells a winter hard and dry. – I kind of like this one – maybe because it rhymes. However August was not cold and July was not hot. So we're scrogged if this one pans out. 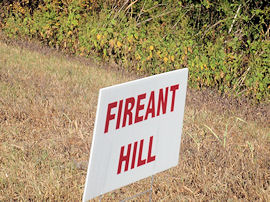 If ant hills are high in July, Winter will be snowy. – We don't have ants to speak of around the mountains of NC so I can't speak to this one. Here's hoping they were HUGE!!!

When leaves fall early, Fall and Winter will be mild;
When leaves fall late, Winter will be severe. – I was telling some friends JUST YESTERDAY that we're already seeing some spotty trees that have already turned and some are absent of about half their leaves. HOWEVER – I think this piece of weatherlore probably applies to the majority of trees. So far, so good. We're seeing lots of green leaves still.

Squirrels gathering nuts in a flurry, Will cause snow to gather in a hurry. – I can attest to the fact that the squirrels and chipmunks are everywhere. Lots of nuts on the ground and lots of furry little critters running around gathering them. Check that one off as foretelling a good winter as it is only early September and the varmints are plentiful!

Much rain in October, Much wind in December. – Gonna have to get back to you guys on that one. I CAN tell you that we had very little rain during October 2013, but it was a breezy December according to archived weather data. Then again it's ALWAYS windy at the higher elevations. 2-6 mph winds are the norm. December 2013 included NINETEEN days wherein winds of more than 9 mph blew. 15 of the 31 days provided winds in excess of 15 mph. So it was dry in October but windy in December. I'm going to call this one bogus.

A warm October, A cold February. – Don't know about this one since last October was pretty chilly.

Flowers bloomin' in late Autumn, A sure sign of a bad Winter comin'. – The wildflowers always hang around into late Autumn, don't they?

As high as the weeds grow, So will the bank of snow. – I'm counting on this one baby! If you guys could see my back "yard". Also the communal area in my neighborhood has weeds nearly two feet tall. So WOOHOO!

Onion skins very thin, Mild Winter coming in;
Onion skins thick and tough, Coming Winter cold and rough. – Can anyone out there send me an "onion report"??? This is a NEED TO KNOW!

If there's thunder during Christmas week, The Winter will be anything but meek. – How MANY of these are there?

A tough Winter is ahead if:
corn husks are thick and tight…
apple skins are tough…
birds migrate early…
squirrels tails are very bushy…
berries and nuts are plentiful…
bees build their nests high in the trees.

It is kind of creepy that I have heard of most of these and just forgotten that I knew about them!

Here are some of my personal favorite submissions that I have never heard:

If the breast bone of the Thanksgiving goose is red or has many spots, expect a cold and stormy Winter; but if only a few spots are visible, expect a mild Winter.

The severity of Winter is determined by how far down the feathers have grown on a partridge's leg.

The nearer the New Moon to Christmas Day, the harder the Winter. – This year the NEW MOON falls on December 22nd. That's close but aren't MOST of them?

Then HERE is one that provides a little bit MORE about the ole woolly worm that I had not heard. I have always heard that there are 13 bands with each band individually forecasting a week of winter. Dark brown means cold, snowy and light brown means warmer, etc. Now here comes this little addendum: The wider the brown (middle) band on a woolly bear caterpillar, the milder the Winter.

REALLY??? Now I have to go and measure these things???

In closing, I don't think any educated person is going to measure onion skins and run to the store and start hoarding supplies. While not all weather lore is accurate, there are many sayings that prove to be on the mark time and time again. When you examine weather lore, you realize that the basics of this weather predicting method are careful observations that have been made over many years. Weather lore relies on the notion that there is a strong cause-and-effect relationship between nature and the weather.

A weather lore forecaster takes cues from nature at the time he or she needs to know what the weather is going to be like. It is more of a short-term forecast for a specific area, rather than a long-term forecast for broad areas.

I have no issue saying that. Hope you don't either.

Until next time…email me at [email protected]

Previous Post
I LOVE ME SOME AUTUMN TEMPS!!!
Next Post
The Sugar Maples are ALREADY Turning! 19 of 31 FOGGY MORNINGS in August!