Excitement for the Season is Building 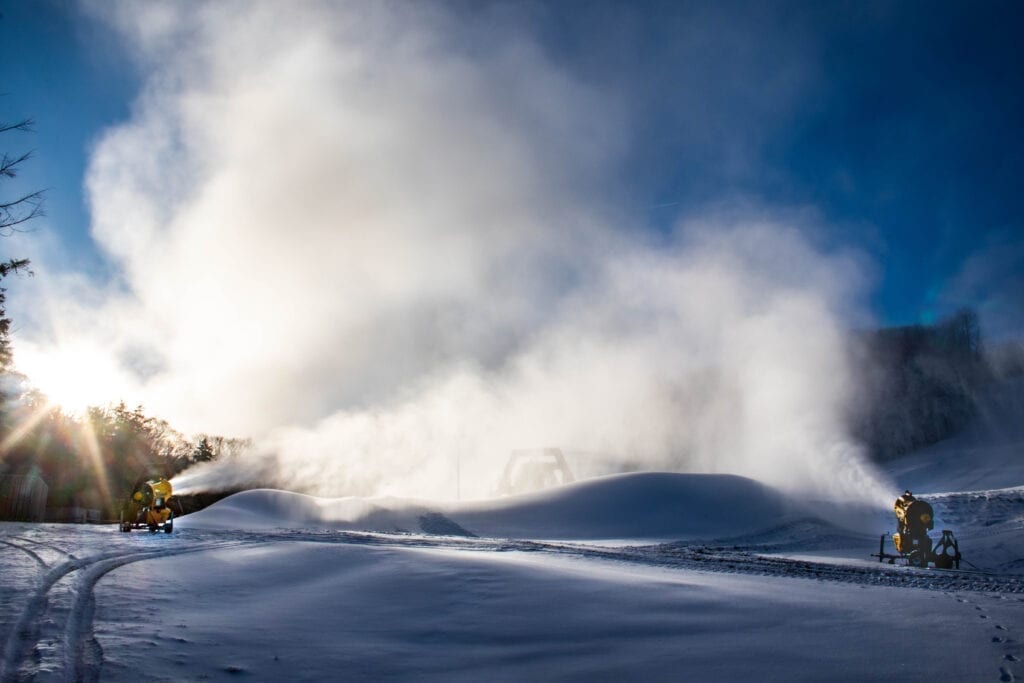 It’s amazing what a little snow and cold can do. 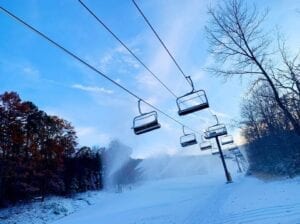 Such a serene scene that Massanutten shared yesterday. It won’t be long until those chairs are skiers and boarders.

The excitement – and anticipation – levels around the Southeast and Mid -Atlantic resorts have amped up over the past week as we approach the Thanksgiving holiday.

I was talking with one of our partners yesterday and she mentioned how things have picked up in their ski shop as soon as the snow guns turned on, and that is the case around the region.

This morning, Sugar Mountain is the lone resort operating. They were able to add to their base with some serious snowmaking over the past 24 hours and are playing on a 20-34” base. There are seven slopes open.

In just one more sleep, we will add Appalachian Ski Mountain to the mix as they open for the 2019-20 season on Friday.

A quick reminder for those who may have the opportunity to hit the slopes tomorrow – as per App tradition the first 100 people to the cashier get a free ticket.

Check out this great video that App shared yesterday to tease the opening conditions.

Could another resort open this weekend?

Cataloochee hasn’t announced their reopening date just yet, but that announcement could come today. They previously announced they weren’t going to operate this week to maximize snowmaking and man has it paid off. 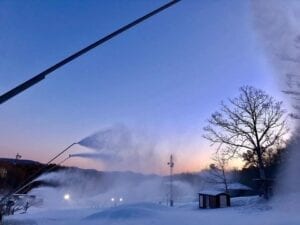 Bryce Resort has had its snowguns on full blast this week.

Another resort that hasn’t announced an opening date yet, but we are keeping an eye on is Virginia’s Bryce Resort. Their mountain op crew have some major piles of snow on the slopes and they are still making some sweet snow this morning.

We will certainly pass any opening day announcements along as soon as we get them.

Speaking of snowmaking, check out this video amongst the “whales” at Snowshoe.

However, conditions should be fantastic for Thanksgiving Weekend.

Another quick note, if you are planning to hit the slopes this season, be sure to tag us in your photos and videos on social media. We want to showcase our reader’s adventures throughout the year!