Everyone is already talking about Spring Skiing…

The other day we talked about Meteorologist Joe Bastardi’s comments about an early Spring and how he’s forecasting mild temps and little or no snow for the rest of the season. Joe Stevens posted his weekly column on Sunday wherein he spoke withe The Skiing Weatherman who basically said we’re in for a very mild finish to February. He did mention one little burst of cold and snow potential for the first of March. You can now add our official SkiSoutheast.com Meteorologist, Brad Panovich to those who feel that we’re in for perhaps a mild finish to the season.

Brad’s latest Skier’s Forecast starts off great with perhaps 4-6" of snow Tuesday through Thursday of this week – with more snow falling in the North Carolina ski area mountains than further north this time around. We saw perhaps an inch or two across the mountains of the region as of this morning and it’s still falling as of this writing. Canaan Valley reported 2.2", Wisp 3" and Sugar, Beech and Snowshoe about 2" each.

The forecast is for another round of snow Wednesday evening into Thursday with perhaps the biggest portion of significant snows to fall in the NC mountains.

Past that…every weather guru out there is saying that a "major flip" will be taking place and we’ll all be talking about how amazingly mild things are. Brad Panovich and others shared that we may see temps that are perhaps 15-20° above normal for this time of year.

Accuweather’s weather peeps are saying that post this week’s burst of colder and snowier weather than normal for the region that they feel that the major players in the forecast for the rest of the season will make it very difficult to sustain any kind of cold weather after this week. Accuweather’s peeps and Meteorologist Brad Panovich added that they feel that we’ll see perhaps two weeks of sustained "thaw" and mild/dry conditions through the end of February. Both also feel that we’ll see a cold and perhaps snowy snap right at the beginning of March and then perhaps that will be it for the season.

Talk about the switch being thrown!

The ski areas know this information as well, so I’m betting that they’ll all be making snow to "tune up" conditions where they feel it is needed. If you see any ski area not making snow, that could be a signal that they know they have enough to make it to their closing date. For some ski areas that is only four weeks away. Others like Cataloochee, Sugar, Wisp and Snowshoe will no doubt play until at least the end of March and perhaps a bit longer. During the last few seasons when the weather has permitted, we’ve seen a couple of ski areas operate weekends only right to April 11th or so. If this forecast holds true then all bets are off as to just how long they’ll go.

Closing dates are rarely EVER about the amount of snow on the slopes. While that could change this season, some are saying there’s enough snow depth on the slopes right now to easily make it to the end of March regardless of the temps. While I’m not totally convinced of the accuracy of that statement I DO KNOW that the ski areas usually call it quits for the season more due to the lack of skier interest than a lack of snow. With that in mind – if the temps UP HERE are going to mild and dry you can only imagine that the temps OFF THE MOUNTAIN are going to be warm enough to evoke thoughts of kayaking, golf, tennis, hiking and about every activity EXCEPT skiing and snowboarding.

The next two weeks and weekends will be sweet. Even with the mild forecast there are TONS of snow on the slopes and with overnight cool temps and grooming the conditions will be soft and carvable. The snow is a bit faster with those kinds of conditions and the slopes will be less crowded.

So February looks GREAT if you want to hit plenty of snow and good conditions. If the long range forecast for the first of March holds true then our SkiSoutheast.com / Snowshoe Summit could be awesome. Another cold blast around that time would be perfectly timed for "tuning up" slope conditions in time for a great weekend no matter where you want to head for some early Spring skiing. If the forecast holds AND the base depths do as most ski area management people say they will…then we should have nearly (of not) 100% of the slopes and trails open at most resorts through the first week or so of March.

Past that? If things go mild the rest of the way as most weather gurus are claiming it will…then we’ll probably see some "accounting closures" meaning that some ski areas will crunch the numbers and close with optimum profits in mind. We haven’t spoken with Cataloochee, Snowshoe, Sugar and Wisp, but those ski areas usually go the extra mile and stay open a bit longer than the others.

If the forecast holds and things turn really mild as they are forecasting we could see a finish to the season wherein those closing dates are from mid March for about half of the resorts and perhaps not much past April 3rd. The last weekend in March would be Sunday, March 27th this season and that could also be a closing date for some ski areas.

TRANSLATION: Get off your butt. Pack your gear and head to the mountains early and often over these next two to four weeks because we’re not guaranteed anything much past that if these weather peeps can be believed.

Then again some of the biggest surprise snows of every season have come in mid to late March. We’ll see…

Mike Doble
Mike is the Editor and founder of SkiSoutheast.com, SkiNC.com and ResortCams.com. Since September 1996 he has posted close to 14,000 posts, articles, photos and videos promoting all of the ski areas of North Carolina, Tennessee, Virginia, West Virginia and Maryland.Mike is the father of four daughters, is an avid skier and enjoys golf, tennis, kayaking and hiking in the mountains. Winter snowsports and Summer boating on Watauga Lake are among his favorite pastimes. 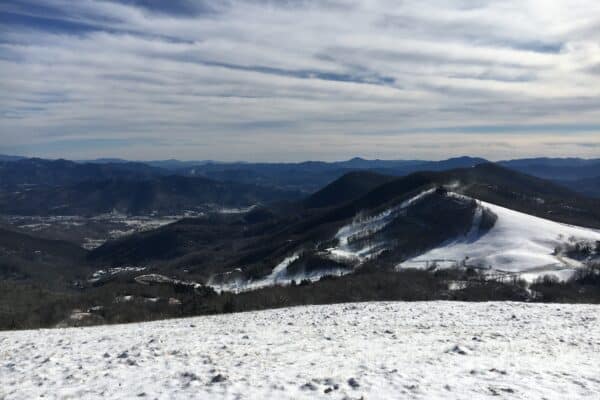 ‘RIKING’ to the Top of Hemphill Bald! 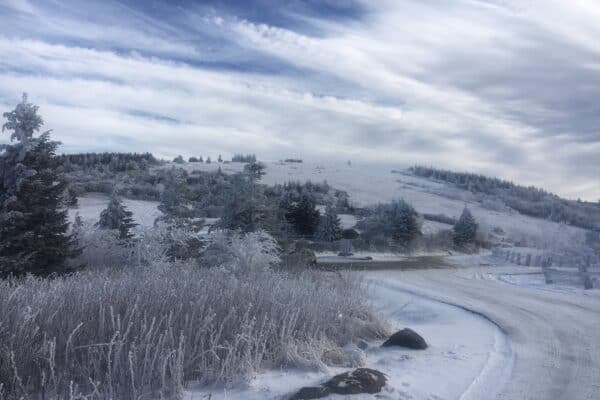 A STORYBOOK Week for the Southeast 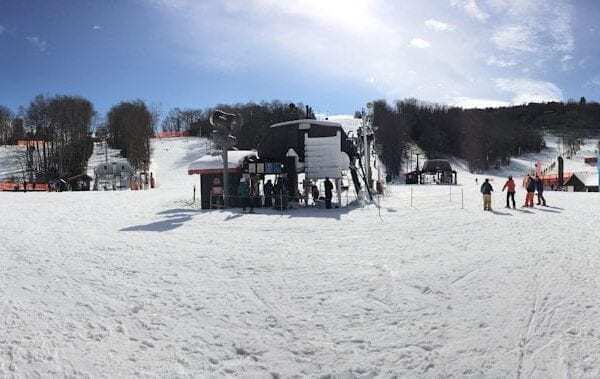