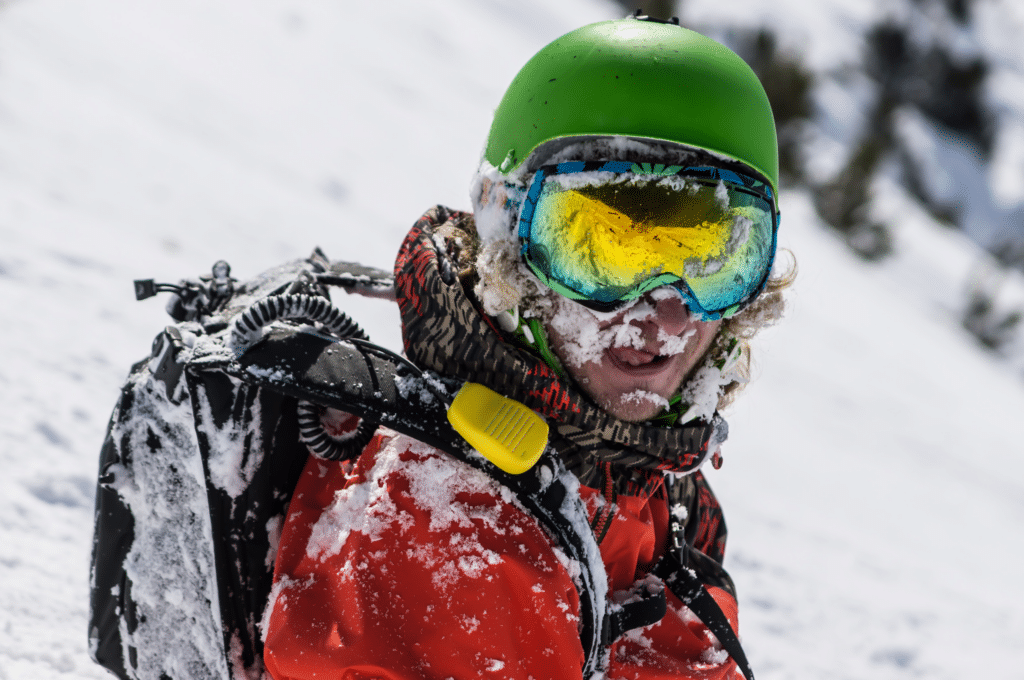 As I sit down to write this week’s column, I checked the outside temperature and it is currently registering 56 degrees in Scott Depot, West Virginia.  A temperature more suited for a few miles running on the road than making turns on the slopes but thank goodness cold temperatures are in the very near future.  That means just one thing, snowmaking will resume.

There is just no getting around the fact that all of the ski resorts in the southeast have taken a beating with the above normal temperatures the last ten days or so.  Most of the hard work by the snowmakers before the holiday period is basically back in the resort’s ponds or lakes.

Manmade snow is more resilient to milder temperatures, but when the temperatures are in the 60’s and it’s raining, well, the snow is just going to melt.  There is no way of getting around that fact.  The groomers plowed and patched the best they could, but the holiday slope traffic took its toll and now it’s time to regroup and cover the slopes again.

I have spent the last couple of days reaching out to resort officials throughout the southeast in an attempt to hear their plans moving forward out of this thaw period.

As you can read from the snow reports on this website, a few resorts have dropped back, caught their breath and suspended on-slope operations for the next couple of days.  I realize that I am not the only one out there checking the forecasts trying to figure out when snowmaking temperatures will be returning and for the most part that looks like sometime during Sunday evening.  None too soon if you ask me.

One thing for sure and many of you probably don’t realize this, but snowmaking is a recycling operation.  Think about it for a second, snowmakers pull water out of their pond or lake, use it to make manmade snow, covering the resort’s slopes and trails.  Then the manmade snow melts and lands back into those same ponds and lakes.  Guess what water the snowmakers are going to be using again as they recover from the recent thaw?  Yep, everyone is going to be skiing and snowboarding on the same snow that covered the slopes up until a few days ago.  Pretty cool, huh?

We talk a lot about the efforts of the groomers during periods like we just went through and yes, their efforts did not go unnoticed by those who truly understand the situation.  However, let’s also give a huge shout out to the ski patrollers at every resort in the southeast.  When conditions are nice, the job of a ski patroller is a bit less demanding than it has been the last couple of weeks. 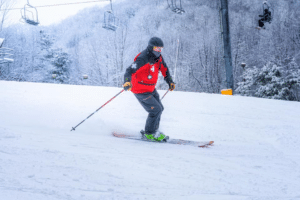 You see, you may look at them as the “Slope Police,” but they are out trying to make sure your day on the slopes is of course fun, but most importantly, safe.

It has been the responsibility of the various ski patrollers to mark all of the bare and thin areas on the slopes and during times like this, it is a thankless job.  It also the patrollers call to close slopes that just can’t handle any skier or snowboarder traffic any longer.  If you think they are closing trails because they want to, you just don’t understand.

Please understand when there is more terrain open, the slope traffic is spread out, meaning there is less chance of anybody running into each other.   So please understand, their task of keeping things safe on the slopes recently has been a tough one and with some good snowmaking days and nights, that job may get a little easier.

I have had some friends inquire of me, wondering why the resorts are suspending on slope operations when there is still enough snow on a couple of trails. The answer is an operational one in that with everything suspended on the slopes, the snowmakers can better position the snowguns, allowing for a better recovery process. When slopes are open, snowguns cannot be placed in the middle of the trails, which can now happen with the current situation.

You have read in this column on prior occasions the term “aggressive snowmaking.”  Well, that’s what is about to happen at every resort in the southeast.  With the temperatures I am seeing in the forecast, the situation is going to turn around quick. By suspending on slope operations, the remaining snow is going to be used for a base for the new manmade snow.  Another good reason to get skiers and snowboarders off the slopes to preserve what is left on the mountain.

Now if you think the change over is going to happen overnight, you probably bet on Michigan and Cincinnati winning in the college football playoffs.  It didn’t and isn’t going to happen.  Give the boys a couple of days and start making plans to make some turns in a few days or so.

If there was a silver lining to this whole mess is the fact that it occurred after the Christmas crowd had been and left the resorts.  By the reports I am getting from resort officials the two-week Christmas period wasn’t record setting, but it wasn’t terrible either.  The crowds were present and enjoyed what was available.

Now to the point of this week’s column, I know it took me a little bet to get there, but I am here now.  As you make plans to make your first turns of the season or some more turns, do not, I repeat, do not forget your goggles.  If you think there isn’t going to be snowmaking going on whenever possible at every resort, you don’t realize that the all important MLK holiday weekend is quickly approaching.  Point. Set. Match.

Another Incredible Day To Ski and Ride

What An Incredible Start To The Week