ON THE DL – #JEALOUSY, by Joe Stevens 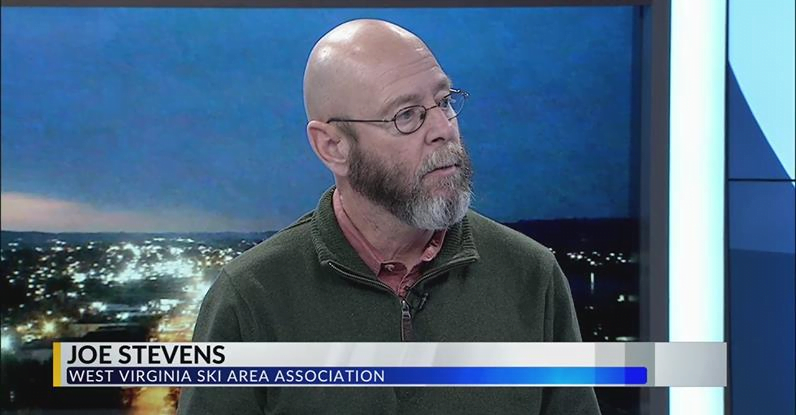 As I mentioned in last week’s column, I had hip replacement surgery on Monday, February 25. The report my wife Angie got from the surgeon was that everything went as planned, in other words a successful operation. What that also means is that I am now on the disabled list for the rest of this ski season, just as some of the season’s best natural snowfall enters the picture for the southeast region.

So, it’s time for the annual Skisoutheast.com Summit at Snowshoe Mountain Resort. My son Christian and his two friends he brought last year had marked this weekend on their calendars a long way back. What is a dad (with a new hip) to do? Well you ask the Physical Therapy guru at the hospital if it would be okay to make the four-hour trek and attend the summit. I was informed that as long as I took a walking break every hour through the route and used a walker, he would allow the trip. So just four days after getting a new hip, my wife and I (mostly her) packed the vehicle, picked up the boys and headed to the mountain.

Now about the summit, if you have been, you know how cool of a time the event is for everyone. If you haven’t been and didn’t make it up for this year, mark the first weekend in March 2020 and don’t miss out. Mike and his crew at skisoutheast.com, pull out all the stops to make the event enjoyable for everyone. Even folks that are on the disabled list and just want to hang out with their trusty walker.

This has been a very strange ski season for yours truly. I knew I had my hip surgery on my plate in February, but I thought I could get a couple more runs in before the big day. That’s exactly what happened, I was able to make one run my opening day of the season at Winterplace and three runs over the Christmas holidays at Snowshoe Mountain. It wasn’t the snowboarding or going down the hill part that was the challenge. It was the fact I couldn’t bend over and strap myself in to the snowboard. During my runs at Snowshoe, I had to get Mike and Kenny of SkiSoutheast.com and Shawn Cassell of Snowshoe Mountain to actually strap me in after getting off the lift and send me on my way. Believe me, this isn’t how I envisioned the season at all, but there’s always next season. With two bionic hips, it’s going to be tough to get me off the slopes, wherever I am.

Going on the disabled list has really enlightened me on just how much I love the sport of playing on the snow. But this year has given me a chance to let my son, now in his fourth season of skiing, and his friends get so much better and confident on the slopes. I can remember the first night he was on skis at Winterplace as a Hurricane Middle School sixth-grader and I was worried but proud as a dad to see him step up and take on the new challenge. After taking a group lesson and then a semi-private lesson it was time to ride behind him and see his progress. The kid has not looked back, using every tip from every instructor he has had to get better so that he can have more fun on the slopes. May I say, if your school has a ski club program and your child wants to participate, let them, especially if lessons are included as there is no better way for a child to learn the sport the correct way and that is so important.

Now that I am on the disabled list for the rest of the season, I could’ve told you that March was going to be great for conditions throughout the region. I just knew it, because if a farmer needs rain for his crops, I will just wash my car and everything is taken care of for the crops. It’s all in your own perspective and my perspective right now is that it pretty much sucks to be on the sidelines for the rest of the season, but C’est La Vie.

Now I don’t know if any of you have ever experienced an injury that basically shuts you down, but I am again reminded from my last hip replacement that I just need to look to the future and the next time I am on the slopes. I have heard from a couple of you about moving forward and your well wishes needless to say are greatly appreciated. You don’t know how much, believe me.

Back to the mission at hand and that’s the SkiSoutheast.com Snowshoe Summit. I know there are some of you out there that sometimes question why Mike does what he does because he wants to spread the correct word. There were over 100 website followers at the 2019 Summit and they took advantage of some great March skiing and snowboarding at extremely discounted prices. So ask yourself, why do you think that Snowshoe is providing the discounts they are for the weekend. It is because that Mike set this up for followers of his website, quite a few years ago. Forget you see advertising on his site from the various resorts, I know for a fact that the guy just loves the industry and wants to push it forward throughout the region. I know, many of you are just saying I am tossing him roses because he gives a place for my column to roost. To tell you the truth, if you think that way, oh well, we will just move forward.

So, as my DL continues, enjoy those March turns. I am jealous but know I will see you next season. Lord willing of course.

Previous Post
A GREAT Saturday To Be One Your Favorite Mountain!
Next Post
It is Amazing What a Little Snow Does for the Soul of Those of Us Who Love it!