It is Amazing What a Little Snow Does for the Soul of Those of Us Who Love it! 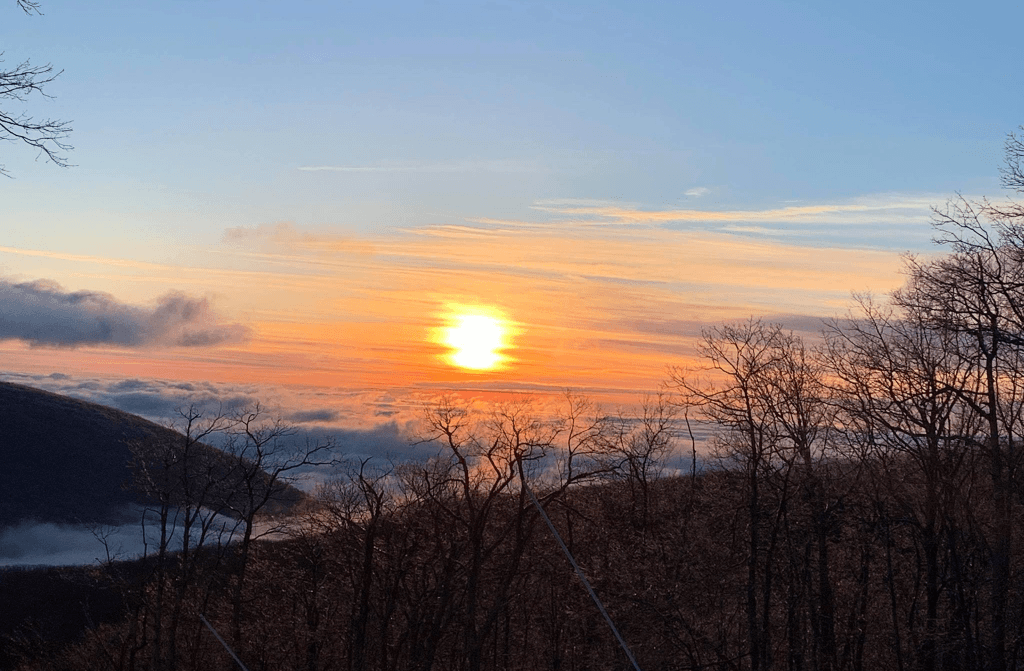 A Snowy Sunday on Tap for West Virginia and Maryland Resorts…

…and COLD air invades the entire region, which means more snowmaking on tap.

It’s been an unusual winter season in that really since the calendar flipped to 2019, the temperature differences from South to North have been significant. In an average season, we’d expect to see overnight temperatures about the same at Wisp Resort as we’d see at Beech Mountain. We’d see perhaps a notch colder at Canaan Valley and Snowshoe. Normally, the North Carolina mountains would see significantly colder temps than the Virginia mountaintops.

Not so this season. On average, it’s simply been tantalizingly at around 35° many mornings in the North Carolina mountains, 31° or so into the Virginia mountains and then 27-28° into West Virginia …and even perhaps a notch colder at Wisp Resort.

We’re seeing that yet again this morning as Beech Mountain is showing 40°; Bryce is at 33° and Canaan Valley is showing 28°. Those differences have allowed a slightly more ‘pristine’ product the further north you go.

It is really a testament to snowmaking improvements that most North Carolina resorts have not missed one day of skiing and snowboarding. In the past, we’d have certainly seen some stoppages of on-snow ops.

The GREAT news is that the temperatures WILL be diving down into the 20s across the entire region Sunday night – and I’ve heard from several ski areas that snowmaking will fire up in earnest.

More may do so, but I heard from Appalachian Ski Mountain, Cataloochee, Beech Mountain and Ober Gatlinburg that they will be doing so. Again, watch ResortCams.com to see who is making snow later Sunday afternoon.

DAY THREE OF THE SUMMIT

Sunday will be day three of the SkiSoutheast Summit at Snowshoe Mountain and like so many Summits over the last several years, this one will end with some powder skiing as 6″-8″ or more of natural snow is on tap for the 4848′ elevations of Snowshoe Mountain. Meteorologist Brad Panovich ordered it up special for the 105+/- Summit attendees.

Thanks to Shawn Cassell, Ed Galford and the Mountain Ops team here at Snowshoe, as I and early morning risers are headed over to the Top of the World and the Soaring Eagle side of the mountain for First Tracks for 30-40 minutes before they drop the ropes for the rest of Snowshoe’s visitors. This is ALWAYS one of the highlights of every Summit and with overnight cold temps, grooming and some natural powder…we are in for a treat.

The forecast looks great for all other WV ski areas and Wisp Resort in Maryland for some natural snow throughout the day today and if this storm over-delivers just a little bit, the mountain up this way could see closed to 8-10″.

That is awesome for Kenny Griffin, and Rudy Ryback of our team as they are skiing all day and leaving out on Monday. Lucky dogs….

Saturday was a BLAST….

I want to thank Ed Galford and Shawn Cassell for coming and joining our SkiSoutheast crew for the Boathouse festivities. This event seems to grow a little bit every year and it was awesome seeing a lot of old faces who have been a part of every Summit…and it was great seeing so many NEW faces. Hopefully you guys will tell your friends about the good times and we’ll continue to grow it.

As far as I can tell, we treated 80+ people to free lunch and drinks…had some fun meeting new peeps and then gave away everything we had. I lost count but I think we parted with 100+ beanies, 200 shirts and 100+ hoodies and tons of stickers.

We got a ton of great video down at the Boathouse and I’ll get it posted Monday or so….for you guys and gals who were not able to make it.

Saturday ON the slopes was really nice although the heavy, dense fog never burned off. It stayed a white-out really all day. The mountain was covered in a beautiful, white coating of SNOG and Rime Ice.

CHECK THE SNOW REPORT for all the details on all the member mountains of the region and check back for more posts. As I’ve mentioned a ton lately…if you like SkiSoutheast, you’ll LOVE SkiSoutheast on InstaGram and Facebook as we post a lot more over there.

In the interim…here is a pretty cool Video Podcast of Sorts that we shot Saturday morning where our core team members chatted a bit.