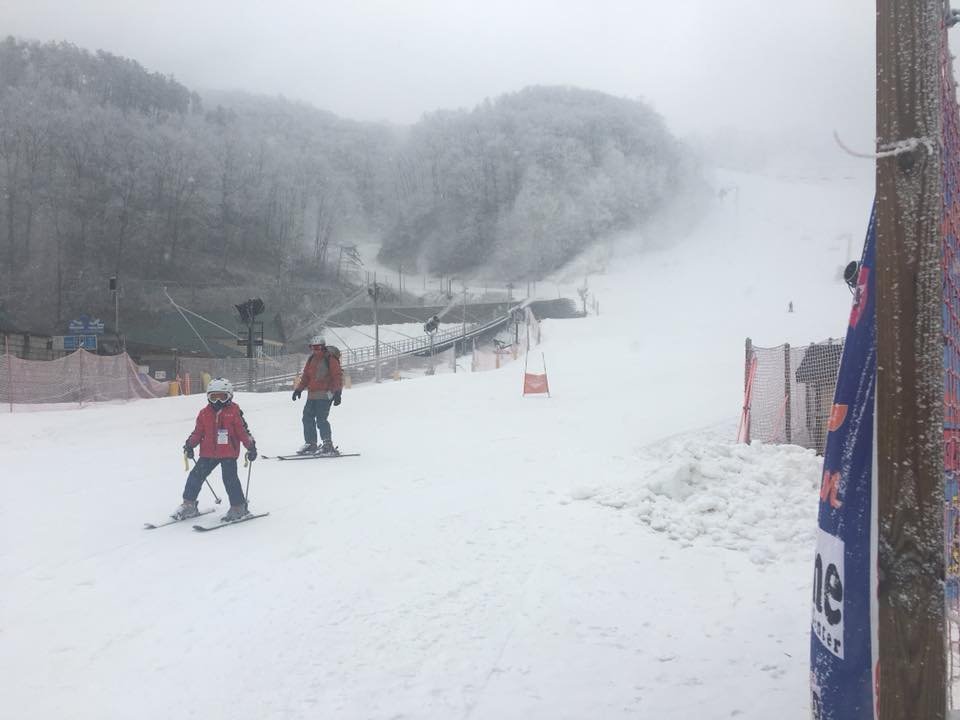 It’s kind of a ho hum Tuesday around the region as not much is going on today.  Up in the northern portion of the region it looks like yesterday was AWESOME though.  Fresh powder over the course of the weekend made for some really good looking conditions.  Everywhere else  saw an end to the rain and we even had a few resorts make snow overnight.  Kudos to those who did because it looks like some moderate to heavy underdeveloped snow is in our immediate future.

We’ll start with the snow that continued for the ski areas up in West Virginia.  It’s not much, but Snowshoe is reporting 2″ of additional snow in the past 24 hours.  It’s been an outstanding few weeks for them as they have seen 28″ of natural snow in the past 10 days.  I’d imagine the mountain is nice and filled in.

Canaan and Timberline also received an additional 1.2″ of snow since yesterday morning.  It looks like the sun managed to come out based on the video below by Justin Harris.  I’d imagine it was an amazing day up there.  Canaan and Timberline are creeping up on the century mark now and should bypass it in the coming week(s).

Other than the above mentioned ski areas, Massanutten, The Omni Homestead, and Sapphire Valley were the only other resorts to see any new snow.  It being of the man-made variety.  Temperatures everywhere else were just a little too borderline to turn the guns on.

It should be a decent day on the mountain as temps will be on the comfortable side and the snow should stay in good condition.  It will be cloudy though for the most part but gray skies never hurt anyone.  The near term forecast is a bit of a bummer though as we have some rain that is expected tomorrow.  Brad Panovich talks about that in his latest video forecast.

This week’s Hump Day is going to be on the nasty side.  As Brad mentioned, there is the possibility for some snow on the backside for some resorts late tomorrow, but in general Wednesday is going to be gross.  The NWS forecasts for the ski areas mentioned a plethora of precip types including snow, wintry mix, sleet, freezing rain, and rain.

The good news is that snowmaking temps return on Thursday.  They will be short lived though as we’ll see another “mild-up” as we go into the weekend.  Luckily, we’re at a great place right now in terms of open trails and base depths.  I can’t imagine the weather this week will do too much to change that so no worries.  As for those trail counts, let’s take a look at them by state.

North Carolina
81 of 85 trails are open in the Tar Heel state.  Wolf Ridge and Sugar Mountain are the two resorts who can currently boast being 100% open.  I swear I think App is too as I was out there this past weekend and I’m pretty sure Appal Top is open.  However, they aren’t the best at updating their snow report which shows it as currently being closed.  Beech and Cat are each only missing a trail or two from their open list while Sapphire will have both slopes back open by the weekend for their normal operating hours.

West Virginia
The bulk of the snow this winter has fallen in the wild and wonderful state and it shows on the snow report as 162 of 173 slopes are open.  Admittedly, that number will fluctuate in coming days as the natural snow only trails at Canaan and Timberline close but the state as a whole is in great shape right now.

Virginia
Every single ski slope in VA is open right now as all 5 resorts are 100% open.  Wow!  It’s been several years that that has happened.  Even with the lack of natural snow they have been able to make snow, snow, and more snow.  Good job!

Tennessee
Ober Gatlinburg has been having a fantastic season and remain open on all 10 slopes.  They’ve been right at or near that number for many weeks now.  I can’t wait to see those new webcams out there!

Maryland
Wisp Resort current sits at 27 of 34 open trails.  While they haven’t seen quite as much natural snow as the WV ski areas, they’ve seen their fair share of the white stuff with 65″ so far this season.  The webcam up there shows some fantastic looking conditions.

Do the math and you’ll see that we currently have 336 of 358 trails in the region open right now.  That puts us at 94% which is outstanding.  Snowfall numbers are below average this season but extended stretches of cold in December and January has allowed for good old fashioned snowmaking to create some of the best conditions we’ve had in several years.  Awesome!

Previous Post
Ski Southeast Forecast for 2/5/2018: Mid week storm but then some rain.
Next Post
Kind of a Gross Wednesday