David C. Lesher – Giving Some Credit Where Credit is Due 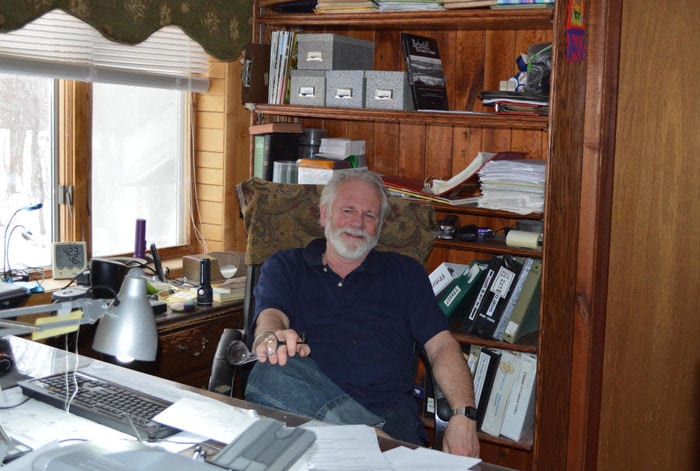 This past Sunday we reported on Snowshoe Mountain’s “first snowfall” of the season. I used quotes because they actually had snow on October 13th when we, WCNC, WDBJ TV and others reported about one-inch of natural snow. See that story here:

To be honest, we are still in “pre-season mode” here or I would have certainly checked out Canaan Valley’s report because if it snows at Snowshoe, that usually means that Davis, WV will get some. As it turns out Wisp Resort in Maryland also recorded one-half inch of snow.

…and When I Say ‘Canaan Valley’s Report’

…there’s ONE definitive resource and expert in providing daily weather data in that area and that is David Lesher of http://data.canaanmtnsnow.com/

If you have followed this website for any length of time, you’ve probably seen where I have mentioned David Lesher’s name in conjunction with weather and Canaan Valley. One look at his Google-sheets-powered web page will attest as to how much time he puts into detailing snowfall totals, snowfall depth on the ground, temps and more.

A quick glance at his data informs us that Canaan Valley and Timberline have seen 2.3″ of new snow since September 1st, 2018 and 110.7″ of snow since January 1st. Unlike any other resource that I am aware of, you can always get accurate information for every single day, right down to the tenth of an inch of rainfall, snowfall, etc.

We’ve long boasted that SkiSoutheast is the ONLY ski website that has archived snow totals for every ski area for the last fourteen years (some resorts longer than others), and David Lesher has done the same for Canaan Mountain even longer than that. He has snowfall and max depth totals for every month going all the way back to the 2001-2002 season.

For example, with David’s dedication to detail, we can quickly share that Canaan Valley saw its snowiest season of the last 17 years during the 2010-2011 season when they had 268.7″ of snowfall. You can also see that the area has topped 200″ of snowfall four times in the last 17 seasons.

Another great byproduct of David’s great work is that you can also easily find data such as WHAT WAS THE DEEPEST SNOW ON THE GROUND during any time over the last 17 years. That distinction goes to February 2003 when there was 45″ of snow on the ground. (Yes, there was probably deeper snow than that during the Blizzard of 1993, however his records don’t go back that far on his website.)

Another great reference point to his data is that you can see that Davis, Tucker County, Canaan Valley and the mountain that David compiles his data from has seen a mean (average) of 177.6″ of snow per season since 2001-2002, which is right on the promotional/marketing average that both Canaan Valley and Timberline resorts use as their average annual snowfall totals.

(I only share that, because numerous ski areas in the region market slightly higher numbers than they actually have received over the last 15 years or so.)

With all of this in mind, I wanted to pay homage to David Lesher with this bit of recognition. David makes our job so much easier. We certainly wish there were equivalent resources for data collection at every mountain in the region. We rely on reports from each community as well as CoCoRaHs and other input from NWS reporting stations, etc.

…a Bit About David Lesher… 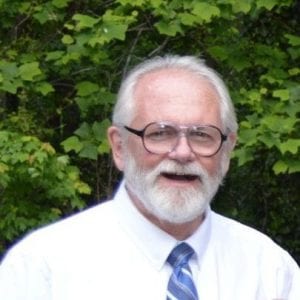 David Christopher Lesher is 72 years old and using his own words, “Happily Retired” and living on Canaan Mountain Summit, WV.

This station location is from his home, which is at 3715′ in elevation, about 500 feet up on a ridge above the very scenic Canaan Valley in the central highlands of The Mountain State, West Virginia.

For those wondering, yes we do occasionally hear from Timberline Resort and Justin Harris and the guys at Canaan Valley Resort that the snowfall totals there are slightly different. However, to be honest, I’d estimate that the numbers that David shares are the same that the resorts share probably 98%-99% of the time. In case you are wondering the summit elevation at Canaan Valley Resort in 4,280′ and the base elevation is 3,430′, so David’s operation/elevation is right in the middle of the two.

David retired from career in federal government in 2001 (about the same time he took up chronicling the weather.) He settled on Canaan Mountain, Tucker County, WV to enjoy the cold, snowy winters, and pleasant cool summers. David’s obviously a well-educated gentleman as he earned his Bachelor of Science in Geography and Cartography in 1965-1968 from Penn State University.

He went on to earn a Master of Science in Civil Engineering from Purdue University in 1971-1973 and as if that wasn’t enough, he attended the United States Army War College from 1979-1980!

Mr. Lesher is also a writer, authoring “The Climate of Canaan Valley, West Virginia” in 2003 which offers a detailed review of the weather and climate of Canaan Valley with a comprehensive collection of weather data in tables, graphs and narratives, including historical profiles of the people who played important roles as weather observers in the valley area.

No surprise there, right?

David’s weather station can be viewed at https://www.wunderground.com/personal-weather-station/dashboard?ID=KWVDAVIS23 however his best work is via the aforementioned http://data.canaanmtnsnow.com/ website.

So hats off to David Lesher. Now if we could just get something/someone similar at every resort/mountain community in the southeast and mid-Atlantic!