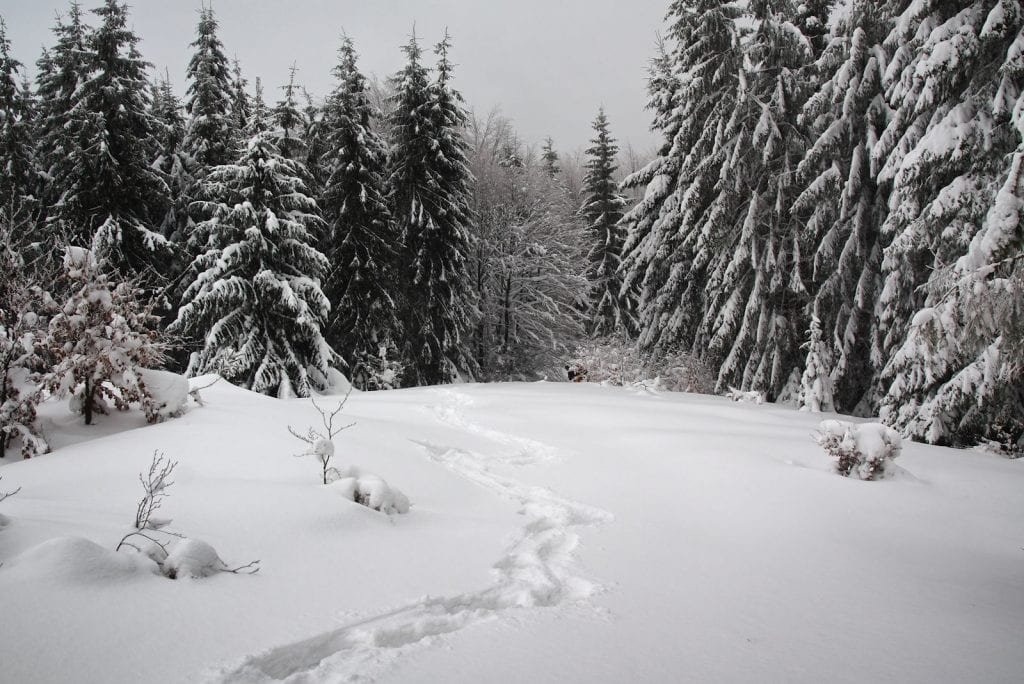 Now that the Woolly Worm has done his thing predicting a colder winter than average pretty much all winter long, we figured we’d share our long-range forecast. I released our first stab at a winter forecast last October 24th, 2017, and I think we did well enough to give it another shot. (There’s some very real sarcasm here!)

For those keeping score, remember that unlike a lot of weather gurus, we archive everything. You can go back and look at our prediction for last winter – right here:
https://www.skisoutheast.com/skisoutheasts-dart-throw-2017-2018-winter-forecast/
For those who may not want to go back and read the forecast post from last year – let me summarize by saying we were so far off of being accurate it wasn’t funny.

We correctly predicted snowfall totals for only 5 of 16 ski areas within a couple of inches. On some we missed miserably. I don’t think we can call hitting on 31% a win. We probably would have done much better with the dartboard approach!

Here were some of the highlight/low-lights:

Our prediction is shown first, then what they received and the last number is the annual average.

Sugar Mountain Resort – 74″ | 72″ | 80″ (we claim Nostradamus-like results on this one as we also predicted )…that Sugar might report it as just above Beech’s. They did!)

No other weather guru predicts snowfall totals for every ski area in the region…so we’re as good or bad as you’re going to find. We DO look forward to seeing some general predictions for the region from numerous meteorologists in the region. We’ll share those soon.

So with those AWESOME results, we’ll take another stab. Haha.

NOAA released its latest predictions about this coming winter on October 18th and while it wasn’t all great news for snow lovers nationwide, their predictions bode well for Southeastern ski areas.

The basic summary of their latest predictions for this winter?

No parts of the country are due to see a colder-than-normal winter.

Meantime, drier-than-average conditions are expected for the Great Lakes and portions of the Northern Rockies and the Northern Plains.

Snowstorms in the South

Precipitation is expected to be above normal across the southern tier of the US, extending up into the Mid-Atlantic and THAT is awesome news for us because our area of coverage is from Wisp Resort in Maryland (the Mid-Atlantic) down through West Virginia, Virginia, Tennessee and North Carolina.

With the Southeast the only region not projected to have above-normal temperatures, that could mean more than the usual winter storms.

NOAA did add, “The winter forecast only covers December through February, though winter weather can last well beyond that.”

In March 2018, the Northeast got clobbered by four Nor’easters that brought extreme snowfalls, damaging winds and record water levels due to storm surge. …and we can all remember the Blizzard of ’93 which delivered 40+” of snow in mid March.
El Niño could be in full force

The winter forecast hinges largely on the 75% chance that an El Niño event — characterized by warming waters in the eastern Pacific Ocean — develops in the coming months and lasts through the season, which for meteorologists begins December 1, according to NOAA.

“We expect El Nino to be in place in late fall to early winter,” said Mike Halpert, deputy director of NOAA’s Climate Prediction Center, which could “influence the winter season by bringing wetter conditions across the southern United States, and warmer, drier conditions to parts of the North.”

AccuWeather’s forecast also seems to favor a very active winter for the Southeast and they forecasted, “January and February will be particularly conducive to snow and ice threats, with multiple storms forecast for the region.”

Some of the latest news is that November and December may be a bit milder than normal and that isn’t the best news for those of us who would love to see a fast start for the winter season so that every ski area gets ample cold temperature and snow to prep for the Holiday (Christmas to New Year) period.

The jury seems to still be out for that.

If you put all your eggs in the NOAA basket, you’d have to agree that our entire area from Wisp Resort in Maryland down to Sapphire Valley Ski Area in southwestern, North Carolina will see EQUAL CHANCES of colder than normal, normal or milder than normal temperatures. How’s that for a confidence builder?

If you love you some Old Farmer’s Almanac like I do…you know that they don’t usually seem to be on the same page with NWS or NOAA predictions as their forecasts come out well in advance of the “experts”.

One look at the forecast map above from Farmers shows that they agree with the assessment that our area will have near normal temps and wetter conditions. The West Virginia and Maryland resorts could be in for significantly more snow.

I spend a fair amount of time looking at WeatherBell and other weather resources that we subscribe to. Those and several respectable weather peeps on YouTube seem to think that our area will see wetter than average precip and temperatures that are 1-2° colder than normal.

Ray Russell of Ray’s Weather (and who is now running for the NC House) is predicting snow totals 15% above the 10-year average for the NC Mountains, with temperatures 1-2° colder than average.

He’s predicting 100″ for Beech and Sugar mountains, which would be 25% above their average snowfall. Hope he’s right. However, we took a look at the last 14 seasons and Beech has only see 100″ of snowfall in a season THREE TIMES.

If you actually take their LAST ten year average, Sugar has only averaged 77″ of snow. 15% above that would be 89″ and we think that is closer to what they will see:

SO HERE ARE OUR PREDICTIONS:

1-2° colder than normal for most of the winter with a sluggish start in early December.

Here are the resort-by-resort predictions:

Sapphire Valley – 16″ (14″ UNDER their average reported.) Truth is, these guys have only averaged 12.1″ over the last eleven seasons. Their marketed 30″ annually is probably not near their actual long term average.

Wolf Ridge – 61″ – They actually hit their marketed annual average of 65″ last season but that is only the third time in over fourteen seasons. Their average over the last ten seasons is 49.5″. We’ll go with 61″.

Bryce Resort – 42″ – They have averaged 30.5″ per season over the last ten seasons, which is exactly what their long-term average snowfall is. We think Bryce will have a nice season.

Massanutten Resort – 42″ – Massanutten has average 29.5″ over the last ten years, which is 6″ below their long-term average. They’ve topped their 35″ average five of the last 13 years. We think they will get 42″ this season with some big storms and wild weather swings.

Wintergreen Resort – 41″ – These guys have averaged 26.9″ of snow over the last eleven seasons. They promote an average of 34″ and they have surpassed that seven times in the last fourteen seasons. We think they will beat their average again this season.

Snowshoe Mountain, Canaan Valley and Timberline all promote a snowfall marketing number of 180″ of snowfall per season.

Winterplace – 90″ – While they promote 100″ per season, they’ve actually averaged 81″ over the last ten seasons and they’ve only reached or topped 100″ in TWO of the last fourteen seasons. We think they will BEAT their ten year average but fall below their marketed number.
Wisp Resort – 128″ – When I started reporting their snowfall, they marketed an average snowfall of 100″. However, we’ve seen an average closer to 127.5″. We think they hit that this season.
Ober Gatlinburg – 34″ – They promote 35″ as their annual snowfall. However, they’ve seen that much snow TWICE in the last fourteen seasons and only averaged 26.4″ of snow annually in the last ten seasons. We think they will hit 34″ this season.
Share this with your snow loving friends!

Drop me an email and let me know what you think? [email protected]

In the interim…here are some nice websites that we hope you’ll check out and share with your mountain friends. Email me personally at [email protected] with any questions, thoughts or input. 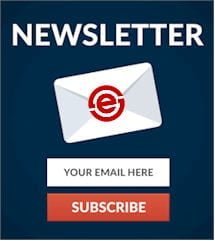 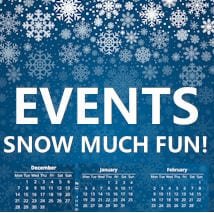 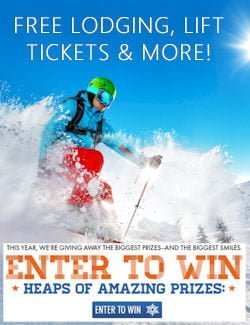 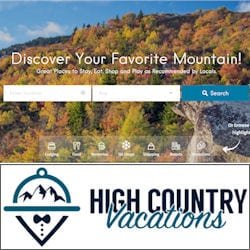 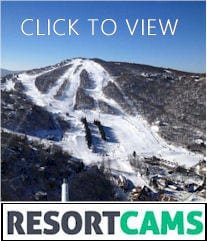 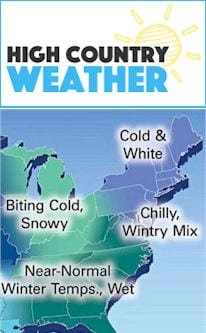 Previous Post
SNOWSHOE RECEIVES FIRST SNOWFALL OF THE SEASON
Next Post
David C. Lesher – Giving Some Credit Where Credit is Due