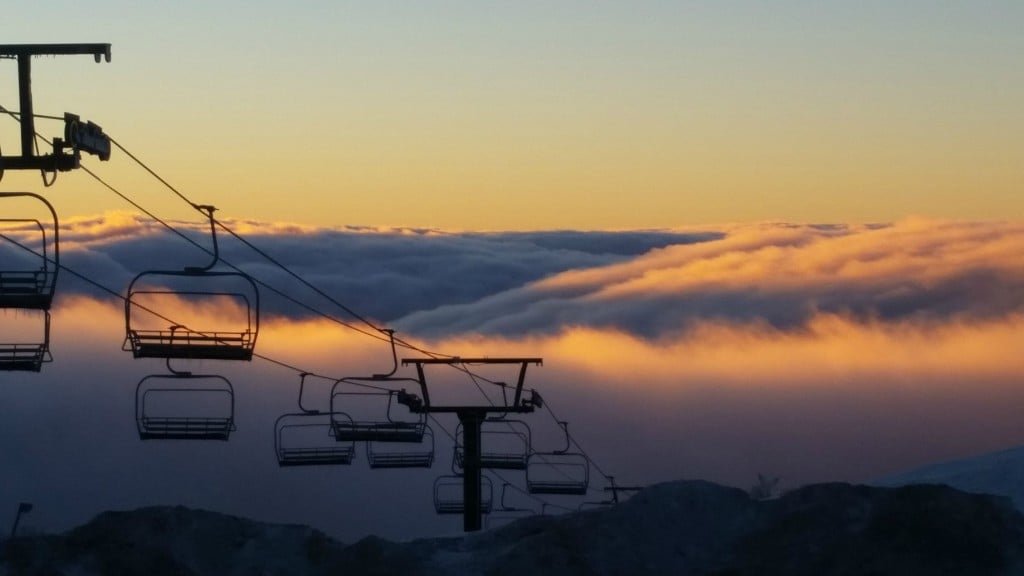 It’s another morning full of blegh.  For the third morning in a row we’re seeing a lot of grey skies, fog, and just overall damp conditions at the ski areas.  Yesterday was not very kind to some of the resorts, mainly up in West Virginia where they saw a decent amount of rain.  I’m looking at the weather station at Snowshoe and it’s reporting three quarters of an inch of rain yesterday with an additional 0.17 inches since midnight.  Yikes!

There is a little good news to report on though in terms of the weather.  While today will see some more rain, tomorrow now looks to be rather nice for most of the resorts, especially the further north you go.  Thanks to the next system being delayed a bit, the forecast for the West Virginia and Virginia ski areas is calling for mostly sunny skies and mild-ish temperatures tomorrow.  It’ll be cloudier down here in North Carolina, BUT it looks like the rain will hold off until tomorrow night.  If you can get out and ride definitely do so before the heavier rain arrives Friday and Saturday.

I was going through the snow reports this morning and chuckled a little bit after reading the comments on Snowshoe’s.

Gear up for warm temps. Some under developed snow moving through expected to subside before noon.Please note that intermediate/advanced trails were not groomed over night.

Now, I’m not sure if Mike or Joe Stevens are the ones who actually came up with the phrase “underdeveloped snow”, but I thought it was funny to see it used on their report this morning.  It’s the ultimate positive marketing lingo.

One other thing I noticed on the reports this morning was that Timberline is referring to their current primary surface as “spring conditions”.  I like that and I think it more accurately describes current snow conditions right now as opposed to “granular” or “wet granular”.  I won’t get into that again though as I talked about it yesterday.

Since it’s kind of a slow morning, I figured I’d go over where we stand with the current snow totals for the season and how it stacks up to normal.  It could snow again, but then again it could also be over with.  Here they are…

The numbers are kind of all over the place in terms of percentage of normal.  West Virginia easily saw the most snow, but in terms of compared to normal, the Virginia resorts win handily.  Funny thing is, I think most of the snow those guys saw fell in the span of a 2 or 3 week stretch in February.  I was worried for them a month ago!

These numbers are mostly below normal and a far cry from what most meteorologists were predicting back in the fall.  The general consensus was that we would see above average snowfall across the region.  Just goes to show you how difficult long range winter weather forecasting is.

If not for a fab February and late January, these numbers would be pretty poor to be honest.  We had a bunch of mini-snow events in late December and January, but things really kicked into high gear once the calendar hit February.  In fact, it has been snowier here in the Southeast over the last 6 weeks or so than it has been in Mt. Baker, Washington.  For those that don’t know, Mt. Baker is one of, if not the, snowiest ski area in North America.  They hold the record for most snowfall in a single season with 1,140 inches back in 1998/1999.  Ridiculous, right?  However, this year has been subpar to say the least.  Since February, they’ve only seen 12 inches of snow.  Twelve!  Snowshoe has seen something like five times that.  Heck, the Virginia resorts have seen double that.  Mt. Baker has actually had to temporarily close until they get more snow.  Who would have thought that Mt. Baker would have to possibly close up for the season before the ski areas here in the Southeast?  Mother Nature is crazy.