Cold, Snow, and Snowmaking Has Returned to the Southeast! 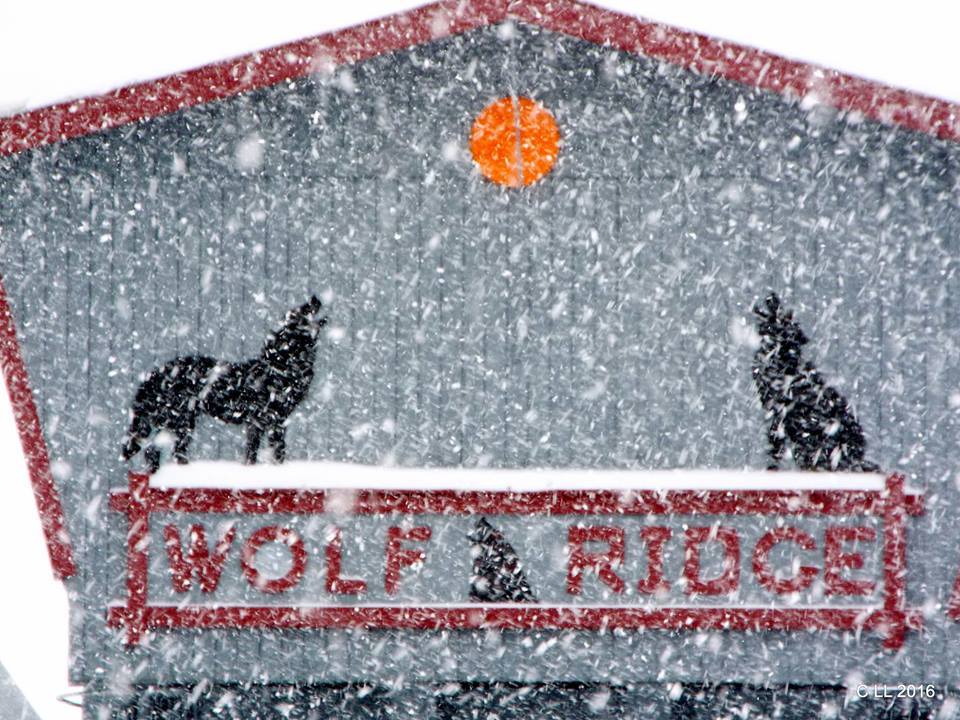 After a few days of very warm temperatures that resembled early spring, it is refreshing to see that Old Man Winter has come back, at least for the time being.  A quick moving system brought some rain, and even thunderstorms, to the region overnight before changing over to snow.  It’s a winter wonderland this morning at most of the ski areas as a majority of the webcams are showing a combo of natural snow and manmade snow falling.

To be honest, the snow totals this morning are rather unimpressive except for Wisp Resort in Maryland which is reporting 4″.  A few other resorts are reporting an inch of new snow which is definitely less than was forecasted.  Snow in general has been in short supply this season though so we’ll take it.  Here are the totals thus far.

Like I said, those are numbers that aren’t anything to get crazy excited about.  A few of the resorts are claiming “powder” surface conditions.  I have marked them as “groomed” on the SNOW REPORT as I don’t feel that an inch of snow after multiple 50 and 60 degree days warrants that distinction.

In addition to the snow and cold, it is super windy out there this morning.  Gusts are in the 20’s and 30’s right now.  That wind combined with the natural snow falling and the snow guns is creating some pretty gnarly looking conditions.  A few of the webcams are showing near whiteout conditions at times.  I can’t see a dang thing on any of the Beech Mountain webcams right now and the Snowshoe Shaver’s Centre cam shows visibility going in an out.  If you are out on the slopes today you are brave!

We woke up to snow this morning! Brewing an American Brown today. This Ale will have a nice balance of chocolate and nutty flavor, with a dose of English hops.#beechmtn #snow #drinklocal #beer #828isgreat

Light snow is going to continue to fall throughout the day for some of the resorts.  The forecast from yesterday is still on track for the ski areas in North Carolina and Virginia.  Beech, Sugar, and Wolf in NC can expect another inch or two today.  Up in VA, only a small chance for some flurries is possible for those ski areas.  The difference in conditions between the Virginia ski areas and others is always crazy to see.  I’m talking about whiteout conditions for some locations right now and then Wintergreen posts this awesome looking pic from this morning, showing sunny skies. 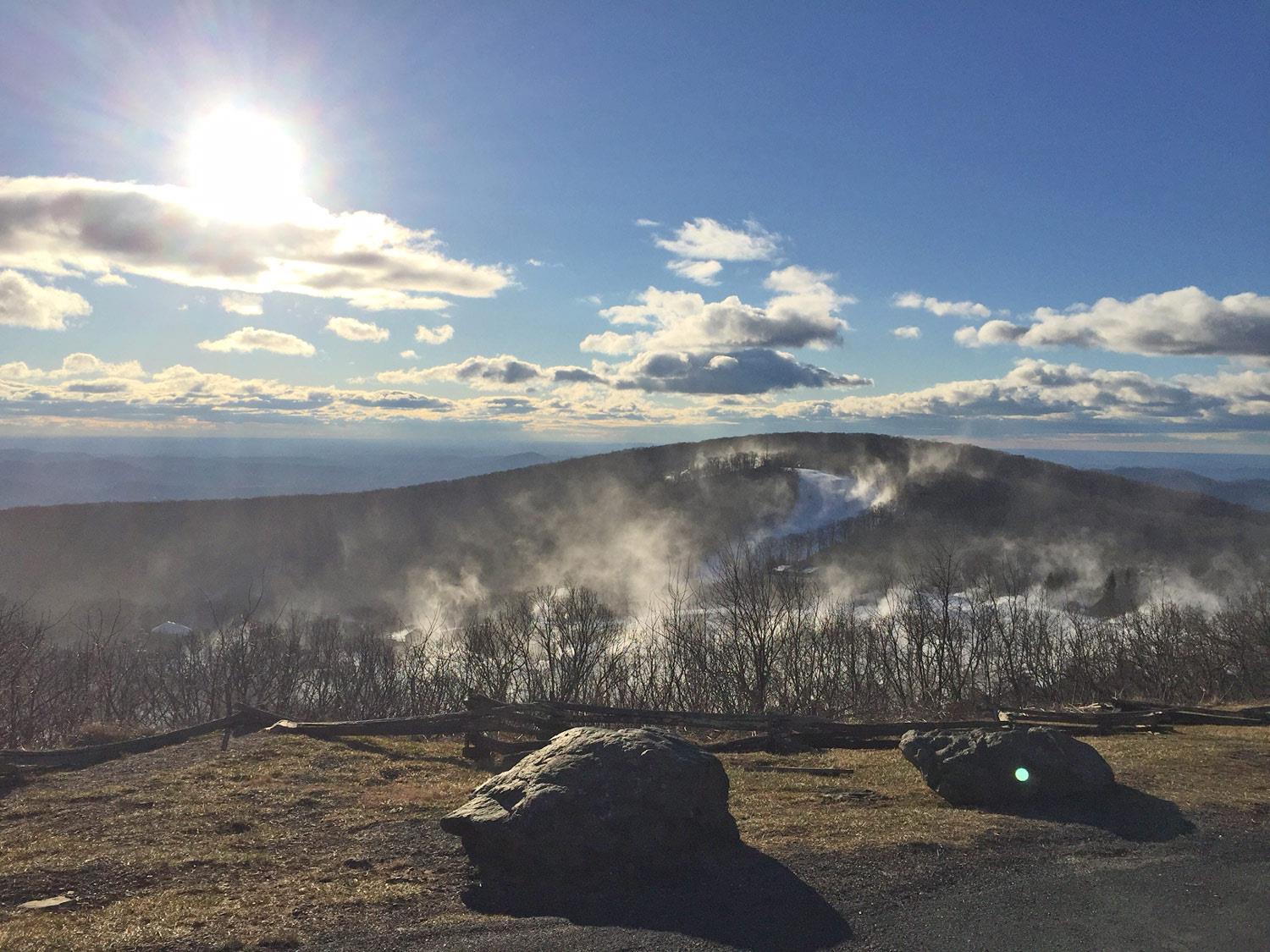 Unfortunately, it looks like the forecasted snow totals for West Virginia have been taken down since yesterday.  I was a little surprised to see Snowshoe, Canaan, and Timberline only reporting an inch this morning.  The forecast yesterday morning was calling for 6 or 7 inches for those resorts.  Last night, the NWS really was REALLY bullish on snow totals for Canaan and Timberline as they had the most likely snowfall being at 8-12″.  This morning, the forecast is for an additional 3-4″ for Canaan/Timberline and 2-3″ for Wisp.  Winterplace is looking at 1-2 more inches and Snowshoe’s forecast is for 3-4″ today and tonight.  Those numbers would wind up being in the 2-5″ range, which isn’t terrible by any means but doesn’t look quite as good as it had been in the past 48 hours.  I sound like such a snow snob, complaining about 5″ of snow.

In addition to the natural snow, snowmaking is going to be ongoing over the next 24-48 hours.  Admittedly, this window of opportunity is small as even tomorrow night looks iffy for most of the resorts.  It’s going to be downright frigid tonight as lows will be in the teens and single digits for just about everyone.  However, tomorrow night will be more borderline as the lows are right around the freezing mark.  Even 24 hours of snowmaking can do wonders for the slopes though, so hopefully those snowmakers can work their magic. 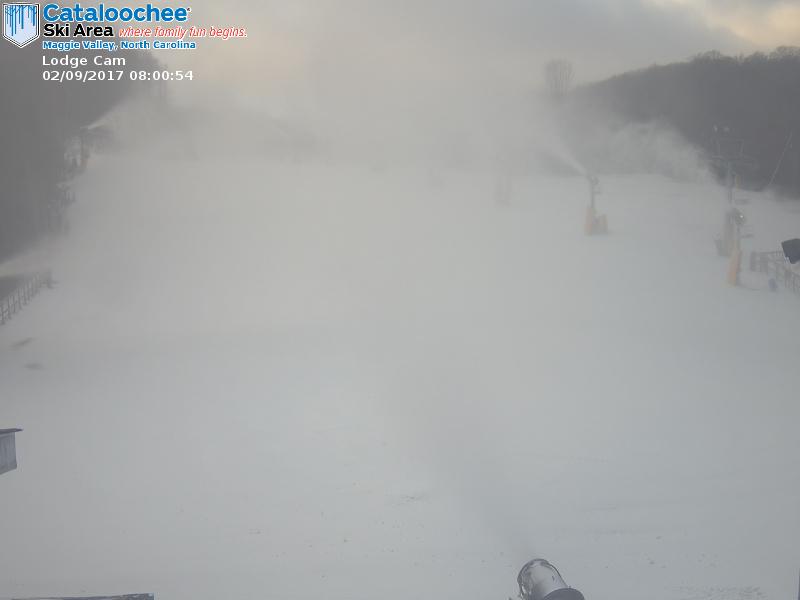 Cataloochee was blasting the slopes this morning and will continue to do so throughout the day.

The weekend still looks warm.  Sunday in particular looks ridiculous as I’m seeing high temps for some resorts in the 60’s.  Oof.  There’s nothing wrong with spring skiing conditions though, right?

I know I’ve already posted some stuff already over the past few days in regards to the Cupp Run Challenge that went down at Snowshoe on Monday, but Snowshoe shared a video from the event and it’s a good watch.

And finally, here’s a random rant.  Some guy went on a resort’s Facebook page this morning complaining about conditions and expecting some kind of refund for pass holders.  He obviously doesn’t realize Mother Nature hasn’t been cooperating and temperatures were just in the 50’s and 60’s for multiple days in a row!

Don’t be that guy!  It always astounds me when I see stuff like this.  It’s like some people don’t realize that skiing and snowboarding is dependent on Mother Nature.  There’s nothing the ski areas can do when it’s warm.  Yesterday I mentioned how a foot of snow had all but vanished in a few days.   The snow always melts faster than you think.  We live in the Southeast, be thankful we can ski or snowboard at all.  End rant.

Head on over to Resort Cams to watch all of the snow fall!  Should be fun to watch and it will make for a good break from work today.