The Cold Has Returned and the Weekend Looks Fantastic! 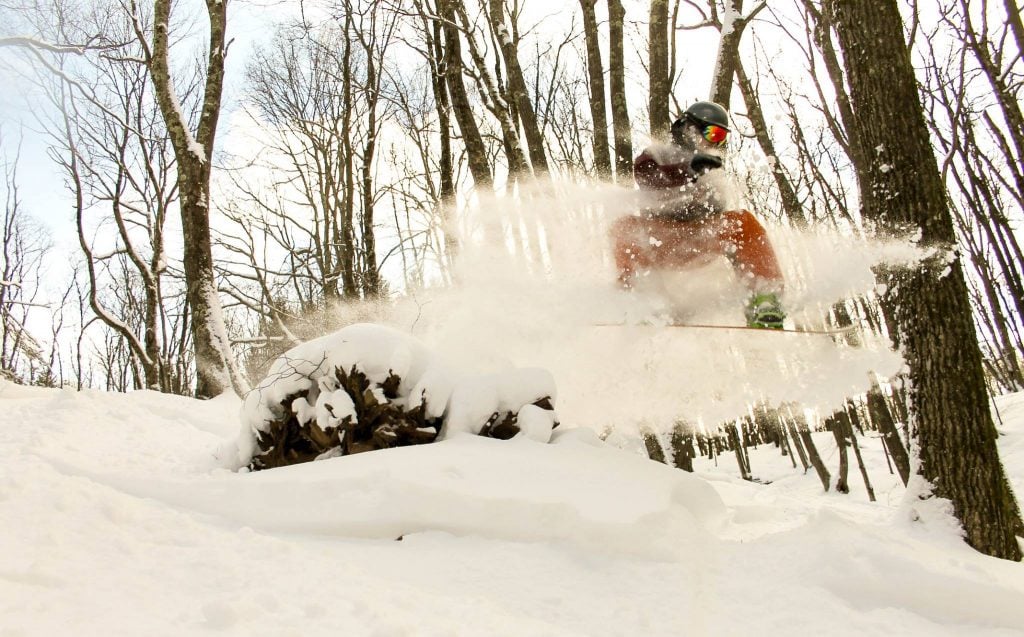 Colder weather has returned to the region and the majority of the ski areas were able to make snow overnight after a brief break in the action.  A few days ago, the forecast looked a little iffy for the weekend as there was a wintry mix possible, but things have changed and the weekend looks FANTASTIC now.

Yesterday I talked about how snowmaking would return to all of the ski areas overnight.  Well, that didn’t happen.  The snowmaking line set up shop somewhere just south of Sugar and Beech Mountain in North Carolina.  Everyone north of there was able to get the snow guns back on.  Unfortunately, those south of that line didn’t see the temperatures get quite cold enough.  If you look at the SNOW REPORT page, you’ll see that Appalachian Ski Mountain, Cataloochee, Wolf Ridge, and Ober Gatlinburg all got pretty chilly, but temps this morning at those locations was right at or just above freezing.  So close!

Everyone else was cranked out the manmade snow and continued to do so this morning.  Here are a few shots…

You can see that it’s a winter wonderland at the resorts in West Virginia and Virginia this morning.  In particular, things up in northern West Virginia look ridiculously good right now.  Canaan and Timberline have seen three feet of snow in the past 10 days!  Check out this photo gallery from Canaan Valley Resort.  They’ve been doing a great job of sharing some awesome looking photos this year.

After 35 inches of snow in the past six days, the sun came out and the blue bird sky was glorious today. The past week…

Snowmaking will probably continue throughout the day for the ski areas in West Virginia and Wisp up in Maryland.  Same goes for Beech and Sugar down here in NC.  I’d imagine those two will probably keep the guns going all day long as well.

Hopefully I’m right today when I say this again, and I should be, but we should see everyone be able to make snow tonight.  The freezing line should reach everyone tonight and Mike should be able to report tomorrow morning that all the resorts made snow.  The next two nights in general look good for everyone and the weekend skiing and riding outlook is excellent.  Brad Panovich talks about that and looks toward next week in his latest video forecast.

I’ll go ahead and say that the system he was talking about for next week has vanished from the latest GFS model run this morning.  Such is the GFS.

The overall theme for Saturday is sunny!

The upcoming weekend looks so good though as colder temperatures will persist.  Saturday in general looks like the pick of the weekend as temperatures will be fairly chilly but there will be bluebird skies.  I’m scanning through the NWS forecasts for all of the ski areas and every single one has either “Mostly Sunny” or “Sunny” as the forecast.  Coupled with temperatures in the 20’s to mid 30’s and tomorrow looks awesome!  Wooo!

As I talked about yesterday, earlier this week it looked like Sunday was going to be a mess, but that forecast has drastically changed and it looks much better now.  Only small chances of a light wintry mix exist now, but overall Sunday also looks like a great day to ski and ride as well.  TL;DR…it’s going to be a great weekend for skiing and snowboarding in the Southeast!

We’ll worry about the mild, wet weather next week when it happens.  Let’s just enjoy the weekend ahead, because it’s going to be a good one!  I’ll be out and about at Beech (maybe App) tomorrow, so if you see me say hey!  I’m friendly.  If you can’t make it out, make sure to follow us on Instagram.  I’ll be posting some pics and videos on there for sure.

And keep checking back over the next couple of days for a big announcement for us.  I think Mike is just wanting to wait so he can announce it.  Ha!  Just kidding Mike.

Is it Friday yet?  Oh yeah!  Enjoy the weekend people.  Think cold and think snow!

Previous Post
Another Good Looking Ski Weekend With Snow and Cold
Next Post
A Super Saturday on tap for Ski Resorts!