The Cold Has Returned and So Has Snowmaking 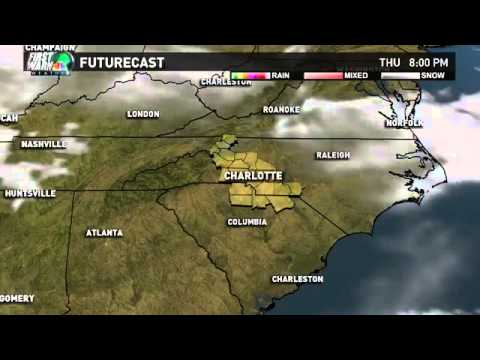 After a cold front moved through yesterday, we’re seeing chillier temps this morning than in previous ones.  Several of the ski areas dipped below freezing and were able to being making snow again.  Up into West Virginia, Snowshoe Mountain is even reporting 2″ of natural snow this morning.  The Boathouse Cam shows some flakes still coming down.

Others should be able to get in on the snowmaking action tonight as just about everyone should dip below the freezing mark.  The next several nights look good actually and some resorts might even be able to go around the clock.

This latest cold front is the beginning of what looks like a nice pattern change.  I was hoping for a pow day on Sunday, but it looks like the snow totals will be on the lower side now.  WCNC Chief Meteorologist Brad Panovich sent us his latest video forecast and talks about this and what’s going to happen into the Christmas holiday.  Check it out below.

Hopefully everything he says comes to fruition.  I’m ready for a pow day and I’m sure the resorts are too.  That storm, it if happens, would line up perfectly for the holiday period.  If you have a trip planned during that time frame, things are looking good for you right now.  Even if it doesn’t snow a lot, it looks likely that things will remain cold so we always have snowmaking to fall back on.
New Cams
We added a couple of new webcams yesterday that you might find interesting, one at Winterplace and one at Wintergreen.  The Winterplace one is at the very top of the mountain, at the offloading area of Lifts #3 and #9, and looks out on the ski area.

Winterplace Top of the Mountain Cam

We now have three webcams at Wintergreen.  The latest one is at the bottom of the Blue Ridge Ridge Express lift.  It’s a PTZ one and moves around every few seconds.

The Wolf Ridge cam should be back online soon.  Mike touched base with those guys and I should be talking to their IT guy in the coming days.

We have so many cams at the ski areas now.  I love it.  I can’t believe how that stuff has grown over the last few years.

Check the snow reports page to get a detailed look at current conditions right now.  They should improve greatly in the coming days!