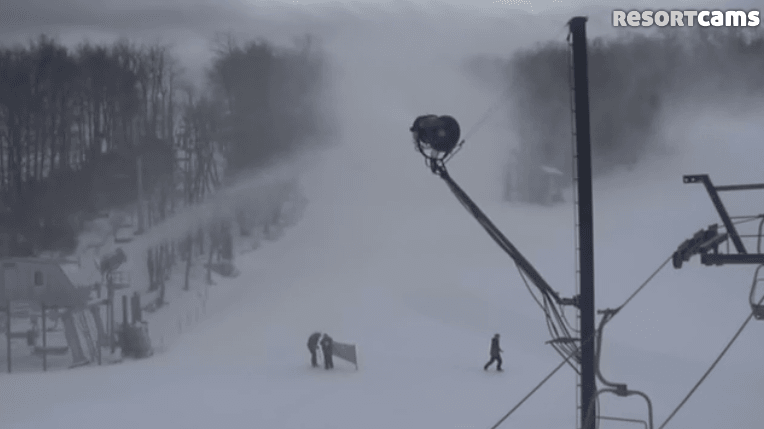 I have good news and I have bad news to talk about today. The good news…it’s pretty cold out this morning and a majority of the ski resorts are making snow this AM.  Temperatures dipped down into the 20’s and even into the teens for the far northern portion of the region. Check out some images below.

App Ski Mtn is making snow this morning. I feel bad for those workers out there. 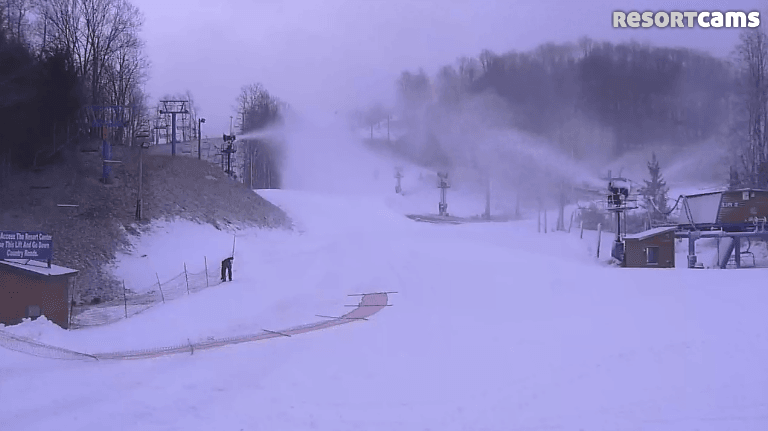 Winterplace is cranking of the snow as well this morning. 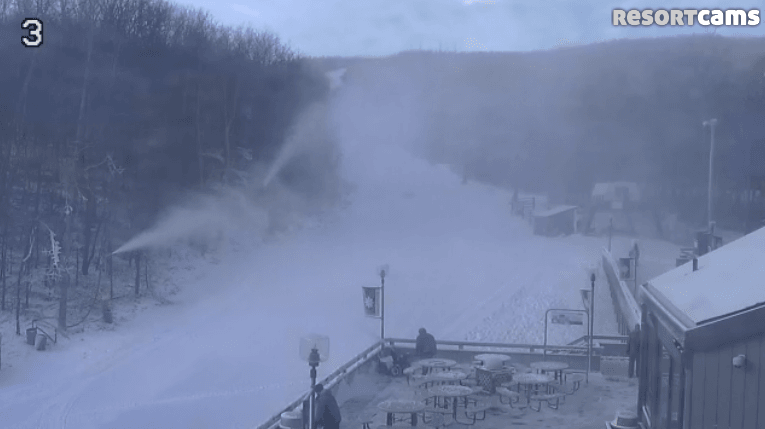 Over in Virginia, Massanutten is getting in on the snowmaking action as well.

Now for the bad news…the storm that we were hoping would bring a decent amount of snow this weekend has pretty much fizzled out.  Over the last few days, the models have trended more and more towards keeping it further south.  Bumdawg.  It looks like more of a wintry mix event for the North Carolina and Tennessee mountains while Virginia and West Virginia could see a little bit of snow, but nothing real significant.  We still have that possible storm next week to look forward to that Brad Panovich mentioned yesterday.

I’m still planning on riding this weekend.  A little wintry mix never hurt anyone.  I mainly want to go and see Cam Pierce ride at Beech.  I’ve never seen a pro snowboarder riding in person.  I’m curious to see what he does in the park.  I also want to get as much riding in before Christmas as I can.  I’m a weekend warrior and lift lines get way longer on the weekends after the holidays.  Basically, don’t let the weather deter you!

I’m keeping it short today.  There’s nothing too major to chat about.  There’s some events going on this weekend I do believe and a lot of resorts begin night operations this weekend, so I’ll try and get a list of all that stuff for you guys tomorrow.  I’m thinking I might even do a video.  Until then, think cold and snow!