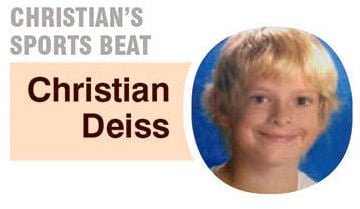 By Christian Deiss (reposted as first published in the Putnam Review)

While some people might not like that the temperatures outside are starting to drop, I know it means it’s time for the ski and snowboard season to start.

In fact, thanks to some subfreezing temperatures high atop Snowshoe Mountain Resort, enough snow was made for the resort to open on Friday, Nov. 25.

Two years ago, I joined Hurricane Middle School’s Ski and Snowboard Club to learn how to ski and enjoy the sport with my family and friends. It only took me one trip to Winterplace Ski Resort with the club to get hooked.

This is also an exciting time of the year for those who work at the various West Virginia ski resorts. One of those is Tom Wagner, executive vice president of Winterplace, who said, “When the temperatures drop, and I hear the snow guns crank up and see all of the employees start heading back to the resort, my excitement level jumps tremendously. The buzz of activity is great.” 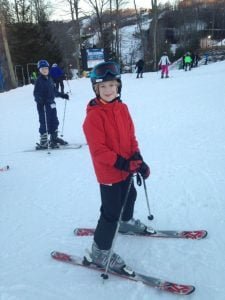 I got to make my first turns of the season at Snowshoe about a week ago and it was great to be back on the slopes.

I caught up with Shawn Cassell, Snowshoe’s Public Relations specialist, while at the resort and he was all smiles.

“Getting the season going is a huge breath of fresh air,” Cassell said. “It’s a big sigh of relief to get everything going and seeing everyone having fun on the snow.”

Weather permitting, Snowshoe traditionally opens during the Thanksgiving holiday period and operates through the end of March or early April.

Those first turns of the season make me wonder if I will remember what to do, but, after I pushed off, it came back to me quickly.

Cassell likes those first turns, also, saying, “You know it’s like riding a bike; it just comes back to you every time, and, by the end of the day, your muscles are sore and that’s part of the fun of the first day on the slopes.”

Snowshoe opened with a couple of runs available for skiers and snowboarders and will be opening more terrain as long as there are cold temperatures for snowmaking purposes.

Our first Ski Club trip to Winterplace is scheduled for early January, but I know I’ll probably head to the resort as soon as they open next month.

To my surprise, I found out that Wagner has already made his first turns of the season. “There is nothing like it. It puts a smile on my face every season. I was fortunate enough, a couple of weeks ago, to be up in Vermont for industry meetings and was able to get my first turns in for the season. It again reminded me just how much fun I have skiing,” he said.

I have skied with Wagner many times, and his tips have helped me enjoy the sport even more.

It’s important for the ski industry to continue to grow and I found out that is one of the reasons Winterplace hosts ski clubs like the one I belong to at my school.

Wagner has always made it clear to me that young skiers are the life blood of the sport, saying, “We have kids’ ski programs that start them on the snow as early as 4 years old, learning the skills, getting the balance, just getting them accustomed to being in the cold and having fun.

“Then there are the school programs, like the one you participate in, that allow the older kids to come at least five times a season as a group, take a lesson so that they learn the correct way to ski or snowboard and then have fun with their friends.”

For more information on all the resorts in West Virginia, go to www.goskiwv.com.

Christian Deiss, 13, of Scott Depot is a student at Hurricane Middle School.

Editor’s Note: Christian is the son of our own Joe Stevens of Snow News is Good News