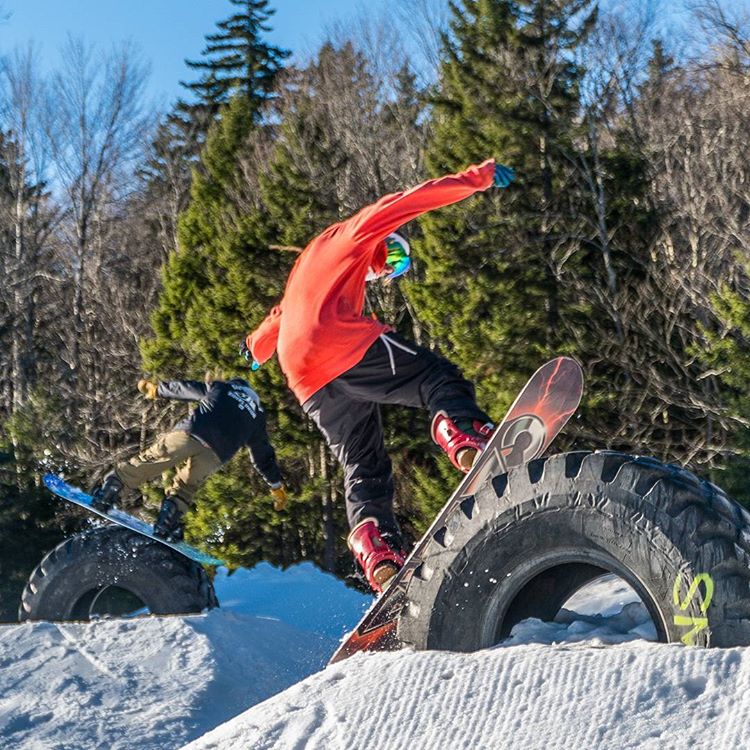 Welp, I’m only at day number 5 now of these morning reports and I’m already struggling to find stuff to chat about.  There just isn’t much going on right now as we’re in our first lull of the season.  After last week’s excitement we’re pretty much in a holding pattern for the time being until Old Man Winter decides to show his face again.  We still have the same four ski areas open for business today, those being Sugar, Cataloochee, Snowshoe, and Beech.  The only change since yesterday is that Sugar is down to 4 open trails now and a single lift.

I was going to mention how we didn’t see any snowmaking and then I took a look at the Beech Base Cam timelapse and noticed they had the guns on for a short time last night.  I can’t imagine that snowmaking was very efficient as temps got down to just 35 but hey, it’s nice to see the effort.

Also notice how there was hardly anybody out there on the slopes!  I mentioned this yesterday and there’s your proof.  If you can sneak in a session at any of the open resorts in the next couple of days then you’ll end up having the mountain almost entirely to yourself.  Conditions are pretty decent right considering the weather and I have been surprised a bit each of the last two mornings at how good things look on the webcams.  Heck, Snowshoe has been able to put out 20 features in their Progression Park.  It looks awesome!

The @mountaineerparks crew has Progression Park in mid-season form! We've got 20 features available for all of your jibbing and bonking needs. #snowshoemtn #progressionpark #wvsnow #smithoptics

It’s always a gamble to look at the weather forecast for more than 5 days out, but in this case we’re going to do that as there is some very promising signs of a pattern change beginning next week.  Brad Panovich sent us his latest forecast last night where he talks about this scenario.

What a bittersweet video that is.  He utters the words “blowtorch” and “polar vortex” in the span of a minute or two.  It is pretty exciting to see this pattern setup in the weather models though.  The best winter I’ve ever had here in the Southeast was back in 2009-2010, where like this year, we had a La Niña and then had a ton of blocking in the northern Atlantic.  Let’s hope we get a repeat of that for this winter!

A prolonged Arctic blast would be just what we need to get things really going.  All it takes is a couple of days to completely transform the landscape of a ski area here in the Southeast.  My hope is that this forecasted cold pans out and we see several additional resort openings NEXT weekend.

We’ll have to keep an eye on things though, and you can bet we will, but in between now and then we’ll have to deal with some fairly mild weahter.  The good news is that other than Thursday evening/night, there isn’t any underdeveloped snow to combat.  So, if sunshine, comfortable temps, and sparsely crowded ski slopes are your thing then you’re going to love the next several days.