Don’t get excited guys and girls. That was a headline from a news clipping from back in 1983.

It is a “no news day, Friday” after Thanksgiving and none of our southeastern ski areas are open for skiing & snowboarding today. The best news is that PLENTY of VERY cold air is headed our way and by Monday evening we’ll see the snowmaking systems cranking back up at any resort in the region that wants to do so. We might even see some significant, natural snowfall. (I checked in with Meteorologist, Brad Panovich and I asked him if the setup for snow was still looking good for next week. He answered, “Yep, starting late Monday and lasting almost all week.”

So today I thought I’d share an interesting story about a potential ski resort in our region, that was promoted as if it was “a done deal”…and yet never “closed the deal”.

Thanks to Kenny Hess of Massanutten Resort for sending me the brochure for a Lost Ski Area addition to the messageboard. (By the way, I have provided a link to the full brochure at the end of this post.) 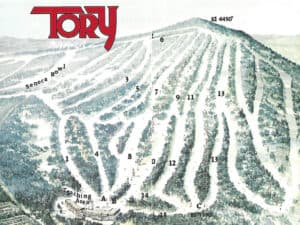 When Kenny Hess sent it to me last week my reaction was “WOW” as I looked over the promotional material, but something kept gnawing at me that I had seen SOMETHING about this place before. I had to dig deep into some of our archives, but I first heard about Tory Ski Mountain about twenty years ago. An old real estate friend of mine, Bobby McLean of Banner Elk, loved to tell stories of our mountain communities in those growth years of the 70s and 80s.

I started SkiNC.com and SkiSoutheast.com in 1995-1996 and I was hungry for those sorts of stories and Bobby had a few. He once told me about how, in 1981 or so, he and a friend decided to purchase a plot of land atop Sugar Mountain. They bought it and within a week or so they were offered a nice profit to sell it. They took the deal, not quite getting the full story of what was planned for that piece of land. Bobby shared that it was a nice profit for a couple of week’s work so he didn’t really get into specifics with the buyer. That buyer was US Capitol Corp out of Columbia, South Carolina. What was built there was the 10-story, monster concrete and steel, SugarTop Condominium complex that can be seen from fifty miles away in nearly every direction.

Bobby later disclosed that he would never have sold the land had he known what was to be built there. That development quickly ignited change in North Carolina’s ridge laws…pertaining to building.

Another one of those stories that McLean shared was about how back in 1980-81, he had two opportunities to invest in ski related projects. He mentioned buying some property at Snowshoe Mountain AND he mentioned that he was seriously considering investing in a second one, close to Snowshoe. 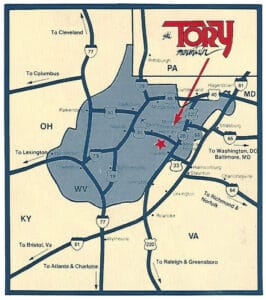 That second, ski-related project was Tory Ski Mountain – also located in West Virginia. I remember McLean sharing about how impressed he was with all of the literature and promotional material that was available for Tory, but that the only thing he saw on a quick drive through was some rough-cut paths into the mountain and some trails that had been cleared. He also shared that the project seemed imminent and it was tempting because of the involvement of Dr. Thomas Brigham.

If that name sounds familiar…hold on.

However, this particular “lost ski area” never was. The year was 1982-83 and Tory Mountain was being talked about and even promoted as it was already open or opening very soon.

Frank Gowarty was the graphic designer on that project c1982 and the materials created for the resort made it out to be THE ski resort in the region. If it had all come together, it very well could have been.

A group of investors attempted to develop the mountain as a ski resort in the 1980s and even went so far as to build a road to the base and cut several trails, but then ran out of money midway through the project. That developer? He was the very same visionary who started Snowshoe Mountain – Dr. Thomas Brigham.

The promotional material that I dug up in my archives read,

“Dr. Thomas Brigham, the energetic, imaginative, and resourceful progenitor of Southeastern skiing. His development of Sugar and Beech mountains in North Carolina and his initial development of Snowshoe here in West Virginia, wonderfully concepted and now successful, could be considered three of the reasons why southeastern and West Virginia skiing has grown so dramatically within the last decade.”

(People simply wrote so well back then!)

The brochure went on to talk about Tory Mountain as if the doors were already open, as it read, “…and as one can be sure that Tory’s slopes will be considered some of the most finely-tuned, well planned and maintained in the state. Danny Seme, operations manager, made his name in West Virginia skiing by carving out Snowshoe’s finest slopes and residing over the most modern snowmaking system for that time until he left Snowshoe in 1981.”

The material went on to say, “Both Dr. Brigham and Danny Seme are combining their talents again to create another West Virginia resort — Tory Mountain.”

The resort never got much further than the cutting of some roads and trails, which has been done in numerous other locales. Anyone remember, Eric Hunter, of the proposed Phoenix Mountain that was to open a decade or so back. Hunter cut roads, trails and even installed the snowmaking ponds and more over in Ashe County, North Carolina – before shutting those plans down. Ditto that over in Banner Elk. You can still see remnants of those trails cut when you’re driving down Beech Mountain Parkway towards Banner Elk.

Here is a Google Earth capture from this morning. You can STILL see the almost ghostly-like features from the trails cut so many years ago. 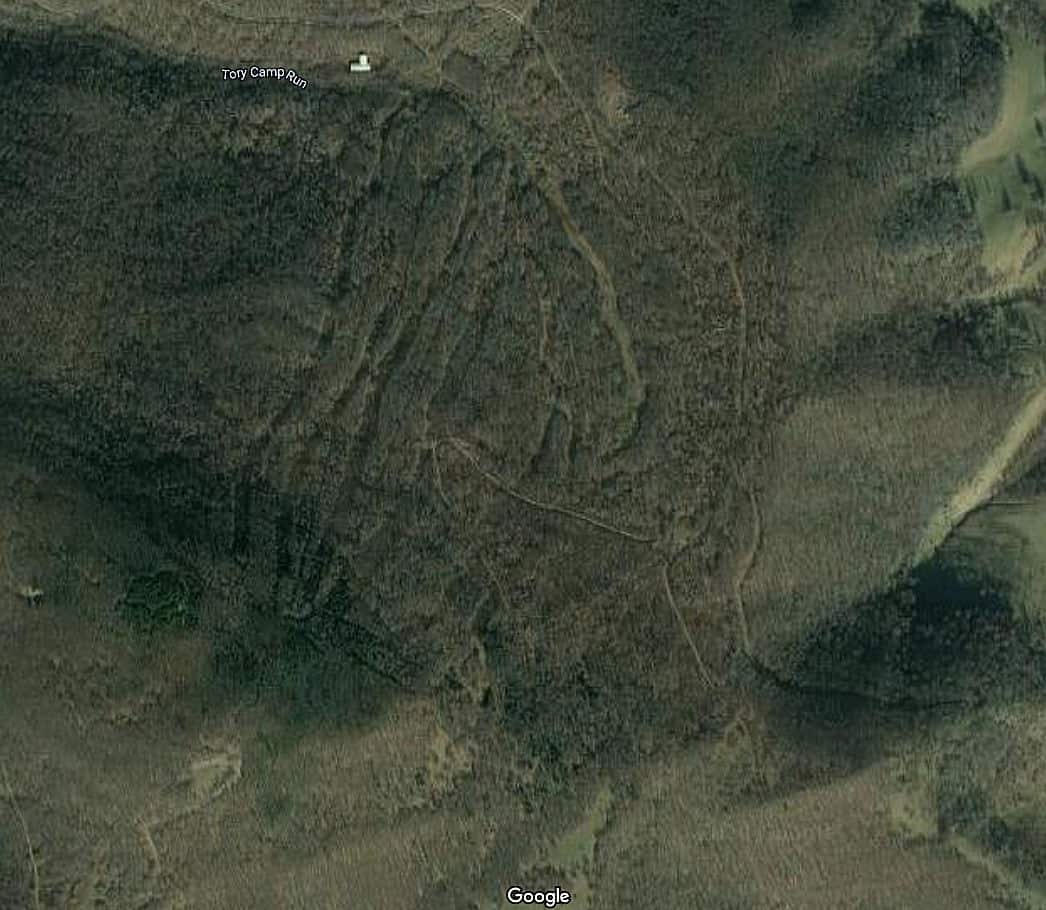 I remember speaking with Ed Galford (recently retired from Snowshoe) and others who shared their intel on what was supposed to be at Tory. Reasons for never getting off the ground ranged from not enough investors, the money running out and even difficulties getting utilities to the mountain.

Regardless, we thought you guys would enjoy a story about one lost ski area that was never actually found.

Check out the captures from the PDF that Kenny Hess sent over.

Click on any of the images to enlarge as they provide some awesome reading! Also SCROLL below for more of the story. 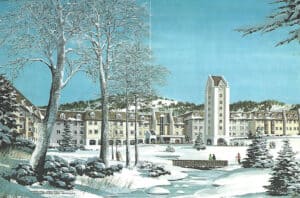 For more insight on some of our region’s Lost Ski Areas, click here

Previous Post
I’M THANKFUL FOR A SEASON OF HOPE; SKI & SNOWBOARDING SEASON COMING SOON
Next Post
Ski Southeast forecast for 11/27/2020: Snow and cold on the way!!!