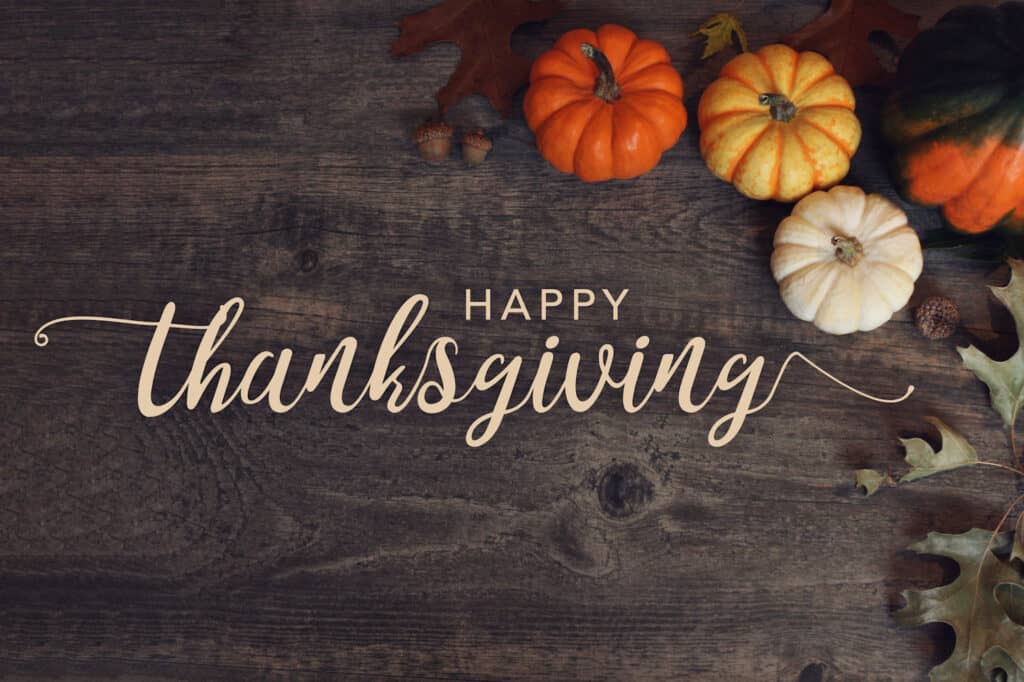 Normally on Thanksgiving day, or any Holiday or Weekend, I would provide you guys with a quick tour of the LIVE webcams to offer you guys a quick snapshot of our gorgeous mountains. Many times on those tours – I’d have an opportunity to create some excitement and show you guys a little snow here and there.

As I did a quick tour of the webcams this morning, most all of the mountain tops are blanketed, not by sweet snow, but by clouds and fog. The forecast for today is for those clouds to burn off and become increasingly pretty…but with high temperatures in the upper 40s at the higher elevations of West Virginia, mid-60s in the Virginia and Tennessee mountains, and upper 50s atop Beech Mountain in North Carolina.

When those clouds lift and the sun comes out in force, it will reveal the fact that only four of our sixteen ski resorts have any snow whatsoever on their slopes. While several ski areas made snow over the last couple of weeks, only Beech Mountain Resort, Cataloochee Ski Area and Sugar Mountain Resort in North Carolina, and Snowshoe Mountain Resort in West Virginia have snow left. (Okay, Ober Gatlinburg in the Great Smoky Mountains of Tennessee does have some manmade snow on their tubing hill, which IS open today, by the way,)

The only slopes that look attractive enough to ski or ride on today would be those at Snowshoe Mountain. They posted the sweet video below from earlier in the week when they were blasting the hill with snowmaking.

…and they STILL didn’t look too shabby on Tuesday when I snapped this photo.

Thanksgiving Day and weekend have long been the “traditional” opening days for about a quarter of the ski resorts in the Southeast and mid-Atlantic. Over the past decade, we’ve actually seen several seasons start on Halloween. (Cataloochee and Sugar Mountain have done that twice in the last several years.)

However, Appalachian Ski Mountain, Cataloochee, Sugar and even Beech Mountain Resort and Snowshoe have traditionally pointed to this weekend, Thanksgiving weekend, as a target date on the calendar to get open.

Last week, as snowguns were blasting at all of the ski areas mentioned above (except App Ski Mountain), I looked at the forecast at that time and thought M-A-Y-B-E a resort or two would offer some open trails.

However, warmer than anticipated temperatures hit, along with some snow-killing-fog and here we are on this Thanksgiving Weekend, 2020 and none of the resorts are open for skiing and snowboarding.

By the way, it is NOT unusual for there to be no skiing available in the Southeast on Thanksgiving as that too has happen many times over the years. While Thanksgiving weekend has been considered the unofficial or traditional opening weekend, most ski areas in the region look more towards December 10, plus or minus, to get the slopes blanketed and open up. These early days are good for testing out their systems and ensuring that every-thing and every-one on their staffs are ready and prepped to present a great product on and off their mountains.

So here we are on Thursday, November 26, 2020 and awaiting cold temps and snow, and guess what?

SNOW AND COLD ARE COMING EARLY NEXT WEEK!

Our own Kenny Griffin is about as excited as a kid on Christmas morning as he has updated me a couple of times over the last 48 hours about the big pattern change that is bringing very cold air and a couple of chances of some significant, natural snowfall.

Most of you who know Kenny DON’T KNOW that Kenny actually went to UNC Charlotte to become a weather man. We’re kind of glad things went in a different direction for him because he’s a vital member of our team, both on and off SkiSoutheast.com. However, when an impending cold front approaches, and especially one that might bring some good snow heads our way…Kenny starts vibrating.

Kenny began texting me this past Sunday as he was monitoring weather pattern changes. He posted, “Things might start looking good beginning next weekend!” 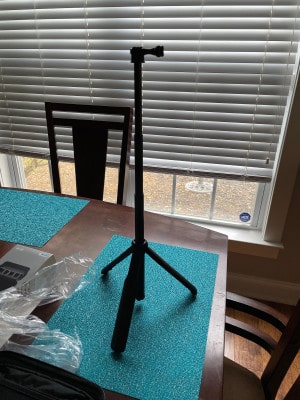 On Tuesday he shared a new addition to his GoPro camera system – again his excitement was still evident and building.

Then later on Wednesday he texted, “Forecast is looking AMAZING for next week. Hopefully nothing changes with it.”

SO WE’RE SAYING THERE’S A CHANCE!

Meteorologist Brad Panovich will undoubtedly update us as things get closer, but if you haven’t seen his latest “Skier’s Forecast”, check it out.

Last evening, Wednesday, Brad uploaded his latest and while he wouldn’t share any real numbers in terms of snowfall amounts,  it sure looks like a significant snow event…the kind of snow that can jumpstart annual snowfall totals and get the slopes open even quicker than manmade snow alone.

SO THERE’S HOPE AND WE’RE THANKFUL…for that and more. 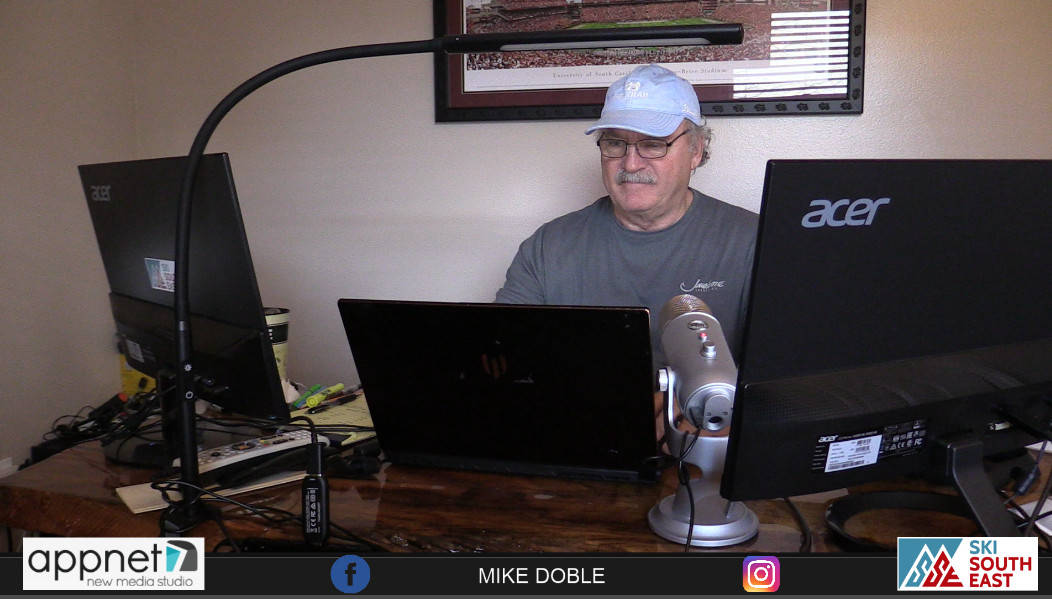 As I sit here at my “SkiSoutheast Command Center” on this Thanksgiving morning, I am enjoying a slice of delicious and nutritious Quiche, while composing this little “sit down” with you guys.

By the way, I enjoy these little moments where you and I (yes, I’m speaking to you, our readers) get to just chill and talk turkey. (Pun absolutely intended.)

So what, there’s no skiing or snowboarding happening in the southeast and mid-Atlantic today. It is VERY early (in the 2020-2021 Ski & Snowboarding season). As mentioned, it really hasn’t even begun just yet. Sure, Cataloochee Ski Area and Sugar Mountain Resort gave us a little tease and taste this past week. Kudos and thanks to them for that. However, there are perhaps 121 days ahead on the calendar, beginning sometime around December 3rd or 4th, that we will be able to enjoy the slopes.

If the forecast holds, we should see snowmaking temperatures reappear at our favorite ski mountains on Saturday night and certainly in earnest by Monday night. If we are blessed, we might even see a couple of rounds of snow hit the region by Sunday night and Monday…and then again later in the week.

So there is a LOT to be thankful for.

I’m thankful that, at least for now, we have the hope for plenty of days to ski and ride at our favorite ski mountains.

I’m thankful for the ski area owners and management ops who clearly know and understand the importance of investing and reinvesting in their product to deliver a great on-mountain experience for those of us who love to ride the snow.

I’m thankful for people who are much smarter than me, who have gone to extreme measures to make their mountains safe for us to enjoy even in the midst of this “covid craziness”.

I’m thankful that we have this “distraction” called skiing and snowboarding to take us away from the lunacy of things going on in “the real world” – if even for mere minutes or hours that we get to play in the snow.

I’m thankful for SNOW. Those little ice crystals, sent from God are special. People buy Christmas cards with snow on them, even in parts of the country that do not regularly or ever GET snow. Those of us who are blessed to live in areas that can see 60-100″ or more of snowfall each year – do not get tired of it, I promise you.

I remember reading a story about ten years ago that was alluding to the fact that “Snow Can Cover a Multitude of Sins” and the story was speaking about how even during the “ugliest” part of every winter, when even the prettiest garden looks like something out of The Addams Family, SNOW can make everything look and feel special.

Again, I am thankful for SNOW and I am hopeful that we get enough of it this winter to turn around even the most cynical ‘grinch’ out there.

…and last, I’m thankful for you, our readers. Thanks for spending a little bit of time with us each morning to see what we have to share pertaining to the snow sports industry here in the Southeast. We commit to providing a virtual moment here and there to earn your repeat visits.

Until Next Time…Happy Thanksgiving.

Since we won’t be providing any SNOW REPORTS until next week, be sure to check back tomorrow as I plan on sharing an interesting story about a LOST SKI AREA that was recently provided to me by Massanutten’s Kenny Hess. (Thanks Kenny!)

So see you then.