A Big Change From Yesterday 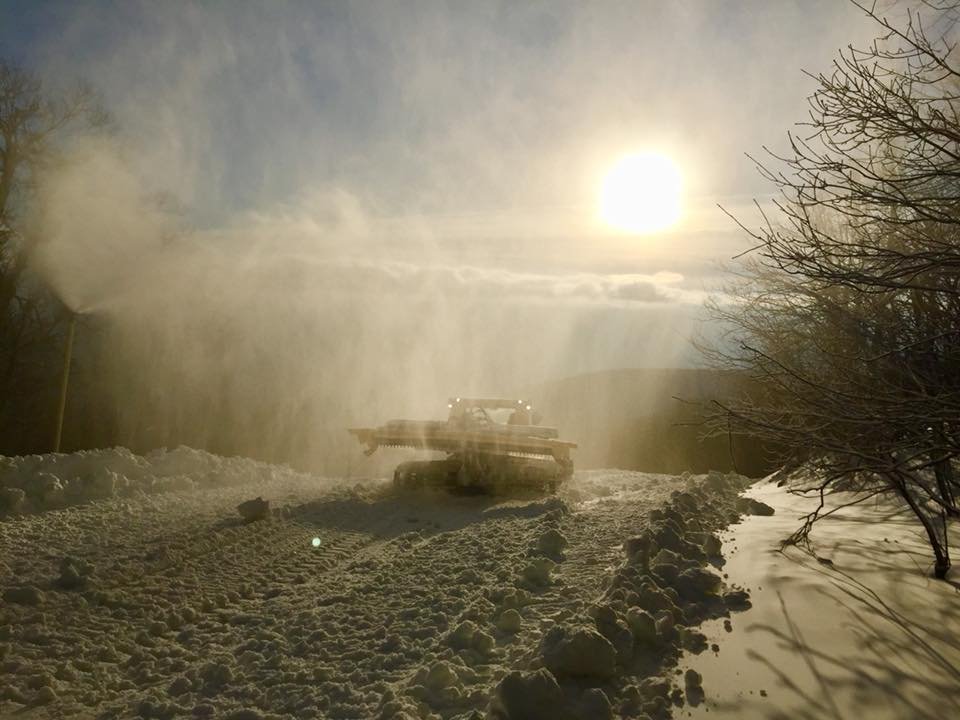 I stole the title of this post from Cataloochee’s snow report this morning as it is a good way to describe the weather today.  Yesterday lived up to expectations as it indeed was “gross”.  We’ve done a 180 this morning though as many resorts are seeing sunshine, some are showing snow, and the vast majority of them made snow overnight.  Much better!

The latest round of wet weather has come and gone but it sure made for a less than ideal Wednesday.  A mixed bag of precip in the last 24 hours even caused a few ski areas to prematurely close yesterday.  I know Bryce shut down operations at noon and Wintergreen closed in the afternoon due to the rain and freezing rain.  In general, all of the ski areas in the region saw at least a half inch of rain yesterday.  Many saw more than that as I’m seeing numerous stations reporting over an inch.  It was a good day for refilling those snowmaking ponds.  That’s the glass half full approach when reviewing yesterday’s weather.

As forecasted, colder air moved in behind that underdeveloped snow though and many resorts were able to make snow overnight.  Eleven ski areas are reporting a layer of man-made snow this morning.  Admittedly, that number is higher than I was anticipating.  I was only expecting a handful so it was a nice surprise to tick the snowmaking box on the ski report to “Yes” eleven times just now.

Also as forecasted was the bit of natural snow that fell up in West Virginia overnight.   It was on the lower end of the forecast range but it’s a good way to recover from yesterday’s rain.  Canaan and Timberline saw 1.3″, Snowshoe is reporting an inch, and Winterplace saw a trace.  Wisp Resort in Maryland is also reporting a trace as is Ober Gatlinburg down in Tennessee.  Below is a screengrab from the Canaan base cam from this morning.  You can see that some flakes were still falling.

An interesting note about snowfall at Canaan, Unofficial Networks posted a story yesterday and seemed to be surprised at the fact that the resort reports snowfall to the tenth of an inch.

West Virginia Ski Resort Is Reporting Snow Down To .0″ Increments | As In 8.9″ Of New Snow

Here in the Southeast we don’t get as much snow as out west so you can bet we’re going to report every single tenth of an inch of it!  They also don’t know about David Lesher and his excellent, accurate, and precise weather reporting.

Today is going to be the coldest day we see for a while so get out there if you can.  It’s going to be a nice day and the sun should come out at all of the resorts if it already hasn’t.  It might be a little breezy but nothing too crazy.  We’ll see another round of snowmaking tonight as it looks like just about every resort should be able to make snow.  That should make for an excellent end to the work week as tomorrow should be another nice day, albeit milder than today.

The ski areas are definitely going to want to make snow as much as possible in the next 24 hours as the forecast is a little bit of a bummer.  I’m not going to lie to you all, the next 5-7 days is going to see some milder temps and many days will feature some showers.  From a weather geek perspective it’s good to see because many areas in the region were starting to see some drought conditions creep in.  From a snow lover’s point of view though it is not what we want to see.  This is pretty typical though for winter here in the Southeast.  As I said yesterday, we’ve just been spoiled with the continued cold in December and January.  Hopefully we can clear things out and see some cold move back in for the holiday weekend next week.  Either way, the snowpack is good right now and there will be plenty of trails open. 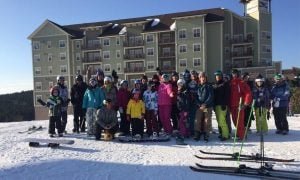 Consider this a pseudo announcement for this year’s rendition of the Summit at Snowshoe Mountain.  I say pseudo because we’re still working on the exact details such as the reservation code and what not.  However, I can now finally say that we’ll be at Snowshoe Mountain on March 2-4 with a huge group of people and we want you to join!  Look for the same perks as previous years, that being 20% off lodging and free Sunday lift tickets as well as First Tracks on Sunday (my favorite part).  We’ll be releasing more information in the coming days so make sure to stay tuned for that.  If you are unfamiliar with our Summits, click the link below to view the 2016 info which has some info on what they are and how they came to be.