Beech today was a variety of conditions. With the forcast for high winds, today was not my first choice butit was the day my friend could come and bring her 5 yr old for her first day of skiing.

The wind was pretty rough in the morning, 7* when we got there with a wind chill to -5*. Several times on Lower Shawneehaw I was at a standstill. After lunch, there was still wind but not nearly as strong. Several times it was whiteout conditions and only moments later you would see the sun.

There was however, POWDER. There was 6+ inches overnight and it snowed off and on all day, sometime fairly heavily. With the wind blowing, it was like having freshies all day. Spent most of the day on White Lightning and Robbins which were both in fantastic shape. Shawneehaw was good too, but the meadows had almost too much powder since it was so flat and Lower Shawneehaw was brutal due to the wind. Southern Star still had mogals, but they were covered in drifts so I found it a little difficult for me. 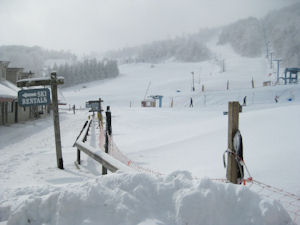 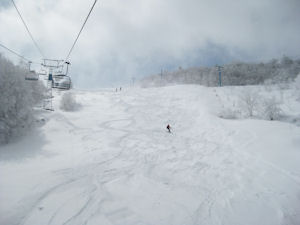 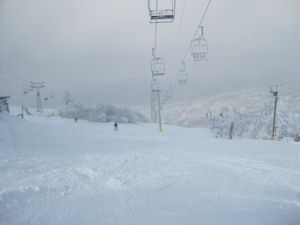 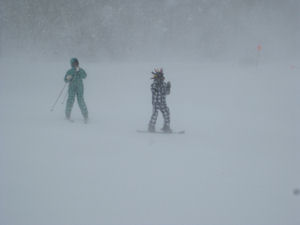 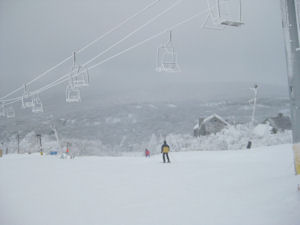 Previous Post
Ummmm, ladies – WHAT are you guys doing here? That seems to be the question on the mind of this Ski Beech Ski Patroller as these gals from 112 Skiway
Next Post
Ober Gatlinburg Trip Report

From Skinny Skis to Shredding POW!!!