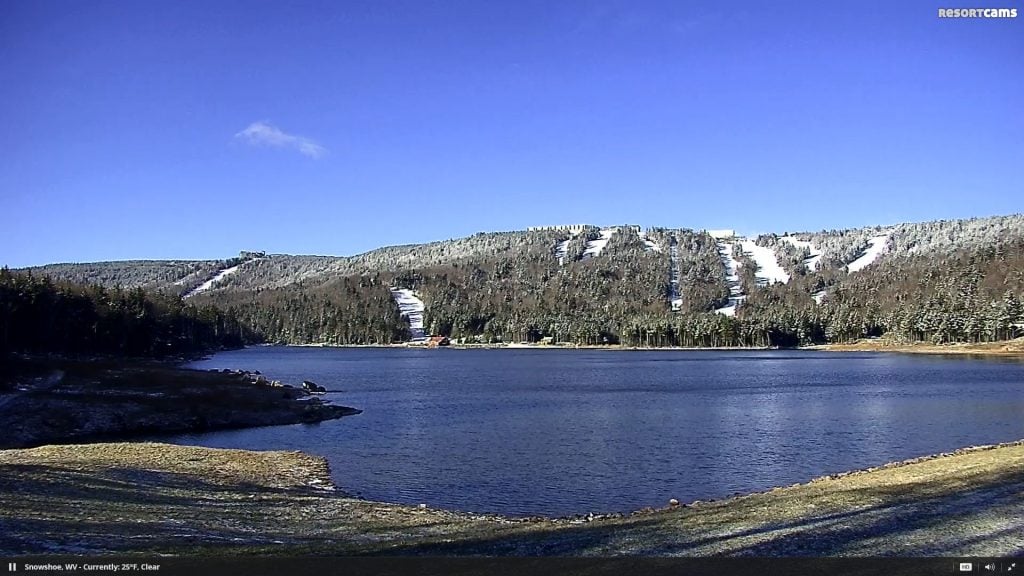 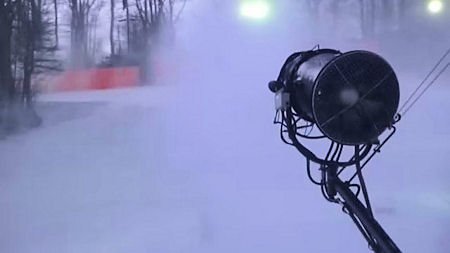 App was blasting the slopes this morning!

The BEST conditions all around would p-r-o-b-a-b-l-y be at Appalachian today as they are nearly 100% OPEN and they made snow all night and were STILL doing so as of 8:57am this morning.

Snowshoe Mountain would be a strong contender and you’ll certainly see more terrain open up there with 39 slopes and trails. Snowshoe is reporting some thin coverage areas despite the fact that they too made snow and also picked up another one inch of natural snow (4.5″ in the last 48 hours).

We were kind of surprised that neither Cataloochee or Sugar Mountain made snow. It was plenty cold enough, and now it appears that Sugar will close any day now.

There ARE Only FOUR Ski Areas Operating Now

This season was definitely one for the ages in terms of a lack of consistent cold – particularly right at the beginning AND NOW the end of the season. Things didn’t get started in earnest until January 2nd or so and then we had an early Spring when temps soared into the upper 70s and 80s on March 7th and lasted through the 18th – this past Friday. We have definitely had a cold weekend, especially Sunday and now today (Monday) we are seeing some REALLY COLD temps.

Despite this cold snap – every ski area in the region has closed for the season EXCEPT for the FOUR shown below. Sugar will call it quits either today or tomorrow. The forecast is for temps to push back up again and into the 60s and even some 70s by mid-week. We’re seeing some showers coming in for this weekend and all but Appalachian Ski Mountain will be closed BY or after this Sunday.

Here are the details of what you have available to you today:

Appalachian Ski Mountain – 23° – Trace of Natural Snow – MADE 3″ OF SNOW – Open for day sessions with 11 of 12 slopes and trails available. Not sure WHY App started reporting manmade snow as “new snow”. I wish they’d stop it as national reporting services are reporting that as snowFALL. They STILL maintain remaining open until April 2nd.

Snowshoe Mountain – 17° – They reported another 1″ of new snow and 4.5″ in the last 48 hours. That AND some snowmaking will make for an awesome DAY AND NIGHT of skiing and snowboarding on 39 of 60 trails. Snowshoe plans to call this Sunday their end of ski season.

Cataloochee Ski Area – 19.7° – In somewhat of a surprise, Cat did NOT make snow and they are now down to 4 of 18 trails for day sessions and plan to close after Saturday’s session. 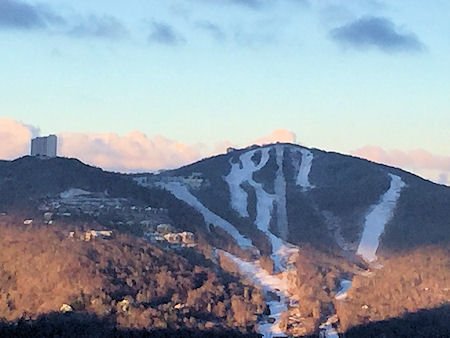 This is a shot of Sugar this morning. It LOOKS Photoshopped but it was taken from my iPhone from the top of Hawksnest at 8:00am.

Sugar Mountain Resort – 17° – Trace of snow and they did NOT make snow. They will operate on 9 of 21 trails. Since they did not close Sunday – we were REALLY surprised not to see the snow guns blasting overnight or this morning. At 8:00am this morning Sugar had posted that they were CLOSING TODAY AT 4:30am. EVIDENTLY they are rethinking that and will “make a decision by NOON today.

They were looking really rough Saturday and Sunday and without snowmaking we can’t see them making it too much farther. We think the “Burning of the Snow” ceremony will be today or tomorrow.

If You Are READING THIS, Go Vote for Cataloochee NOW!

They are one of SIX ski areas in the running for Snowmaker of the Year nationally. There are only a few days left to vote. Here is a good snowmaking video from the Cat team and below the video is a bit more information (as if you needed it).

Here is the link to GO VOTE: VOTE FOR CATALOOCHEE!

In Cat’s Own Words…

“Greetings, we make snow at Cataloochee Ski Area in Maggie Valley, North Carolina. If our snowmaking crew was a professional sports team, our mascot would be a Wildcat. We have 267, yes…two hundred and sixty seven YEARS of combined snowmaking experience on our team. Our ideal long-range weather forecast at our mountain is MARGINAL.

We work three shifts with 5 people on day crew, 2 on swing shift and 6 on night crew.”

When asked what they are proudest of, the team responded with, “Here in the South, where it does not snow…we make it snow.”

Here is the link to GO VOTE: VOTE FOR CATALOOCHEE!

Will There Be a New/Old Ski Area to Open? 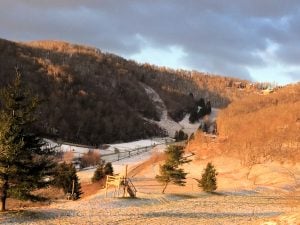 Perhaps we will elaborate at some point during this off-season, but suffice to say that this season BEGAN with someone attending the North Carolina Ski Areas Association meeting and injecting the idea or thought that there was a group of investors making noise about opening a NEW ski area over the next year or so. This season has been kind of a “book-end” kind of season where what happened in the beginning of it seems also to be happening at the end. That was true in terms of our weather (or lack of it) and now I’ve been getting some emails from someone who SEEMS to have an expressed interest in purchasing an OLD ski area.

I’m going to leave it at that – for now – and we’ll see if anything comes of it anytime soon. If there’s ANY validity to the idea, one would think that we’d HAVE to start seeing movement NOW or at least by April 1-15th.

Could this BE an early April Fools joke? Another rumor started by someone who likes shaking things up and getting people excited with no real business plan in place? Could this be yet another situation where the interest is real, but they don’t have the resources to pull it off?

It’s too early to tell – but we’ll let you know as soon as we have a clearer picture.