Another Lovely Day Across the Region 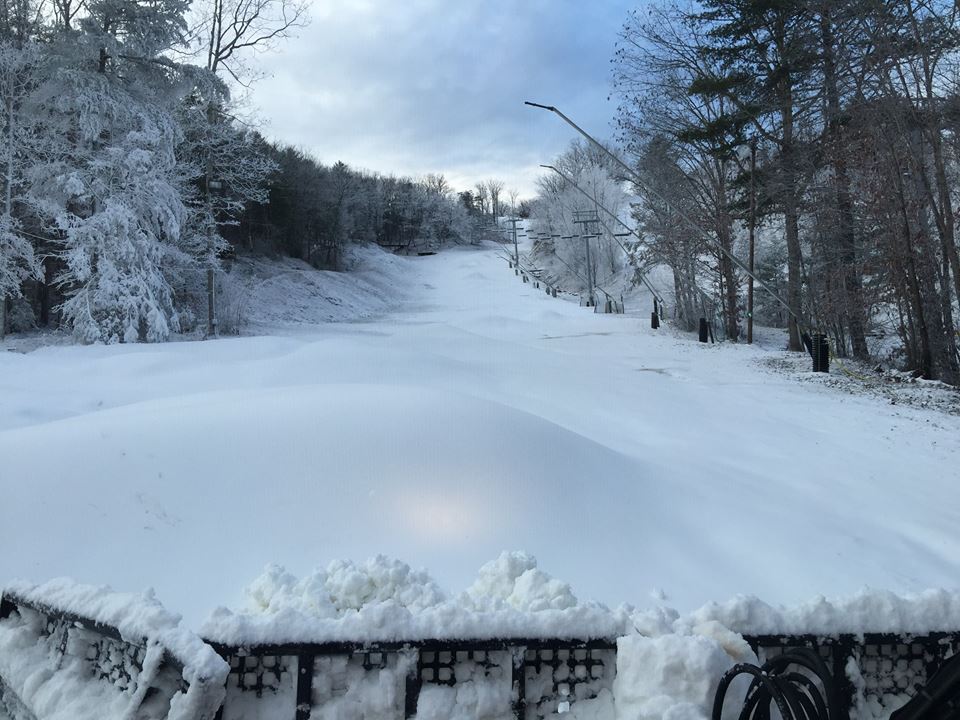 Well, I have good news and I have bad news.  Let’s start with the bad news.  I didn’t win the Powerball.  Bummer.  I really thought I had some pretty good odds at 1 in 292 million.  Now the good news.  It’s another lovely day for skiing and snowboarding across the Southeast.  From what I saw on social media and the webcams, yesterday was pretty fantastic at every resort as well.  It was definitely cold, but it looked like some of the best conditions of the season.  As I like to do, here’s a few pics from several of the resorts….

I forgot to post this one yesterday.  It’s from Winterplace and was actually snapped on Tuesday during the snow.   I know it’s a day late, but everyone likes snowfall pics right? 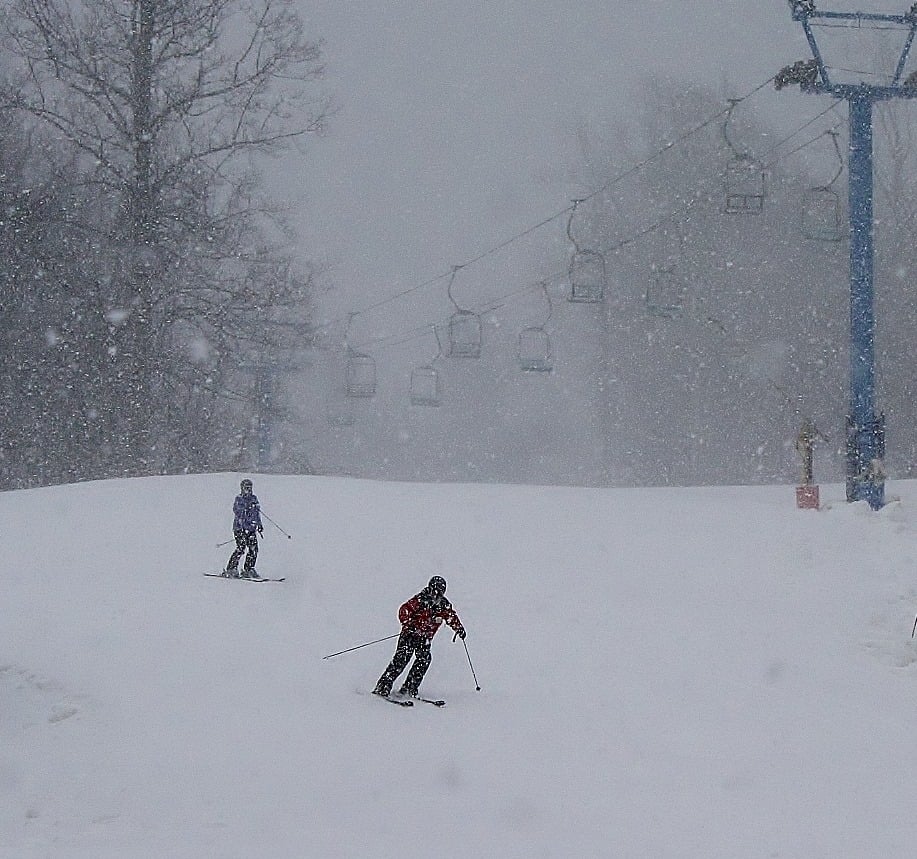 Bryce Resort has been making a bunch of snow lately and is up to 7 open trails now.  That’s only one away from being 100% open, which they plan to be this by the weekend.  Here’s a shot from one of the groomers doing some early morning work.

It looked cold and wintry on Sugar Mountain yesterday, even with bluebird conditions.  Here’s a shot from Kevin McNamara (jamsandwich on the messageboard).  Apparently yesterday was Day 20 for him on snow this year.  I am jealous as I’m nowhere near that number. 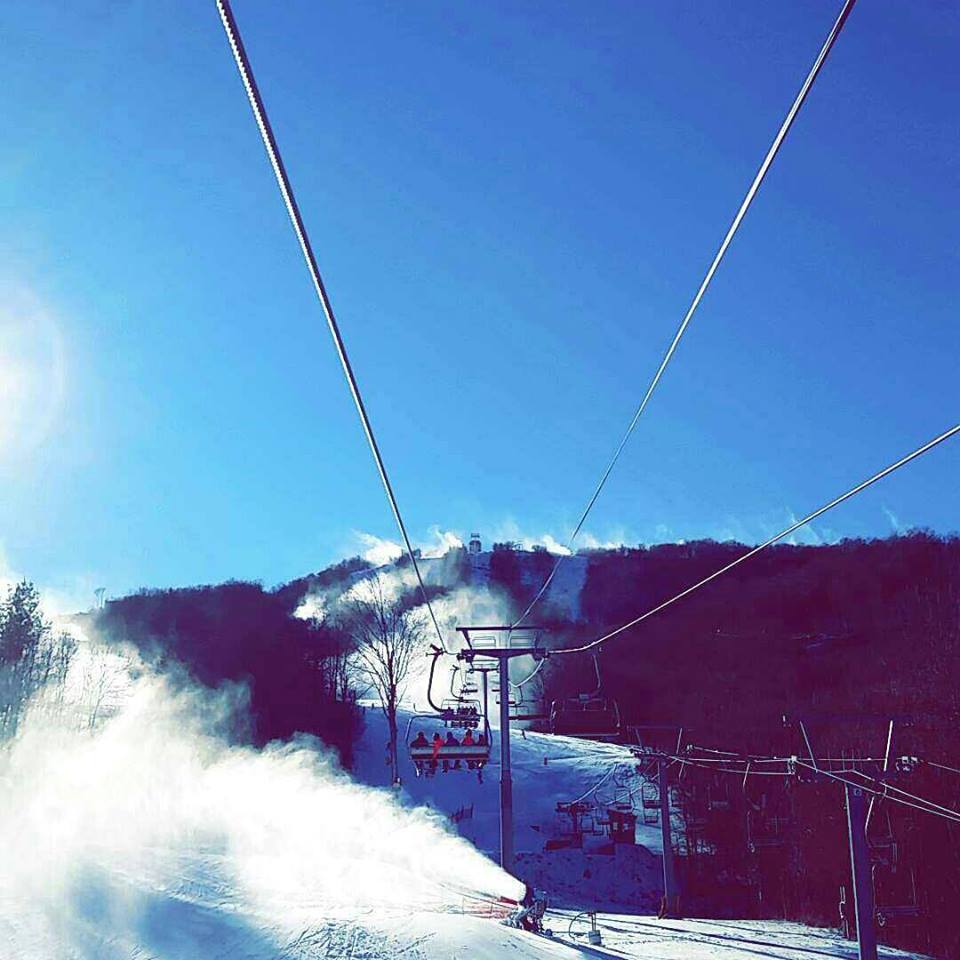 Snowmaking continues at Wintergreen Resort as they prep the slopes for MLK weekend.  Here’s a shot of snowmaking taking place on Tyro. 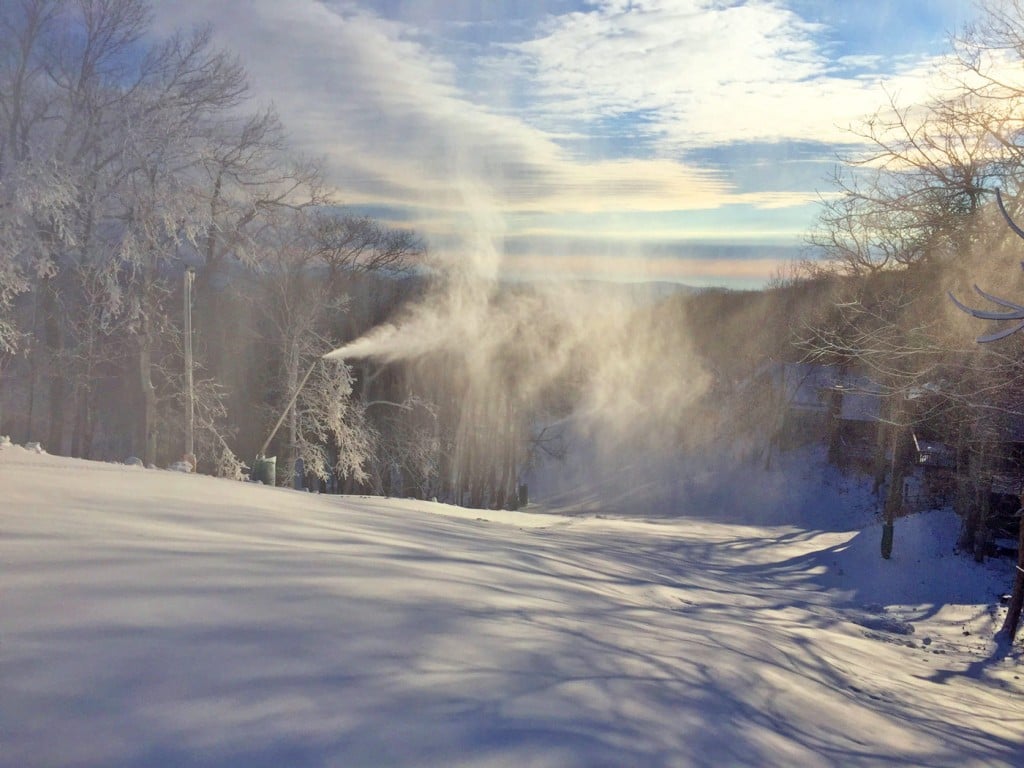 Snowshoe was looking good yesterday after 6″ of snow had fallen. 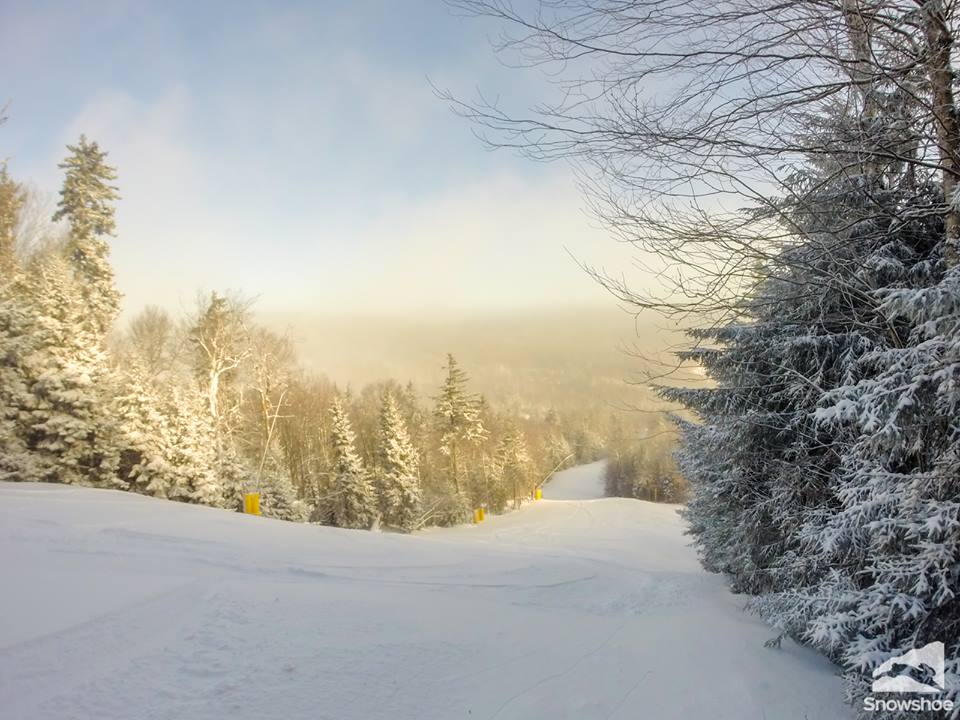 Snowshoe also put out a little video edit from yesterday.  I had a feeling they would and it does not disappoint.

So uhhhhhhh, who wants to go to Snowshoe?  Ha.  I have got to get me one of those GoPro 3 axis gimbals they used in filming that video.  If I hadn’t just bought a plane ticket for Tahoe in March (or if I had won the Powerball) I’d get one immediately.  The stabilization is fantastic!

As I mentioned, today is looking rather nice once again.  For the most part, all of the webcams are showing sunshine and plenty of corduroy on them.  Even better, temperatures are much warmer today.  It was downright frigid yesterday but this morning we’re seeing temperature readings that are 20-25 degrees warmer.  Even with that warmup, temperatures were still below freezing overnight and snowmaking was able to continue.  The guns should turn off here in the next little bit though as we climb above freezing, which will make skiing and riding conditions that much better.  Snowmaking is necessary but let’s be honest, skiing and snowboarding is much more enjoyable when you don’t have to deal with it.

I’ve been talking about it all week and the MLK holiday weekend is almost upon us.  I’m sure many of you reading this have some kind of trip planned and I assume you’re getting pretty excited as it draws closer.  You should be excited as conditions are going to be some of the best of the season!  The forecast looks pretty much the same as yesterday (which is a good thing)  It starts off on the down side with some underdeveloped snow tomorrow.  Do not fret though as it gets cold and snowy-ish again for the weekend.  I say snowy-ish because as of right now it likes like light snow showers and flurries are all that’s expected for the West Virginia and North Carolina resorts.  Nothing major, but it’ll be nice to see some flakes falling and it could add up to a couple inches maybe.

If you’re sticking around for some turns on Monday, be warned…it’s going to be COLD.  It will be the coldest air of the season.  I’m already mentally prepping myself for Monday at Beech where it is barely going to get to double digits.

We’ve got a few more trails open today, but for the most part I think the resorts are holding off on opening new terrain until tomorrow.  If you’re out riding today you’ll probably see spots on the mountain that look like this… 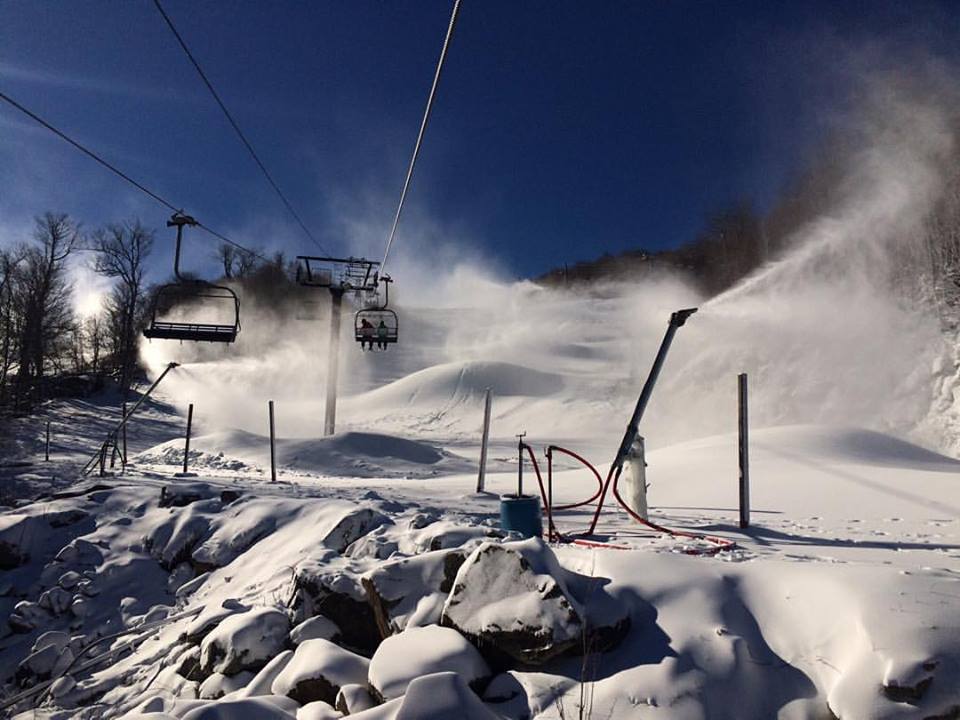 That’s from Beech Mountain and you can see they have been stockpiling snow all week in preparation for opening White Lightning.  Hopefully they can get the top part of it open!  I know a bunch of other resorts have been talking about opening more trails tomorrow.  Snowshoe has Cupp Run opening tomorrow, Wintergreen has a bunch of terrain ready to go tomorrow, Massanutten opened Paradice, Mass Transit, Yee Ha!, and Easy Street today and has more in store tomorrow…so what you see on the SNOW REPORT today is going to change tomorrow.  There should be plenty of runs to play on this weekend!

Check back tomorrow for an end of week wrap-up and I’ll make sure to have all the info you need for the holiday weekend!

Previous Post
Brisk Conditions To Say the Least With Up to 6″ of Snow For West Virginia/Maryland
Next Post
More Cold and Snow!