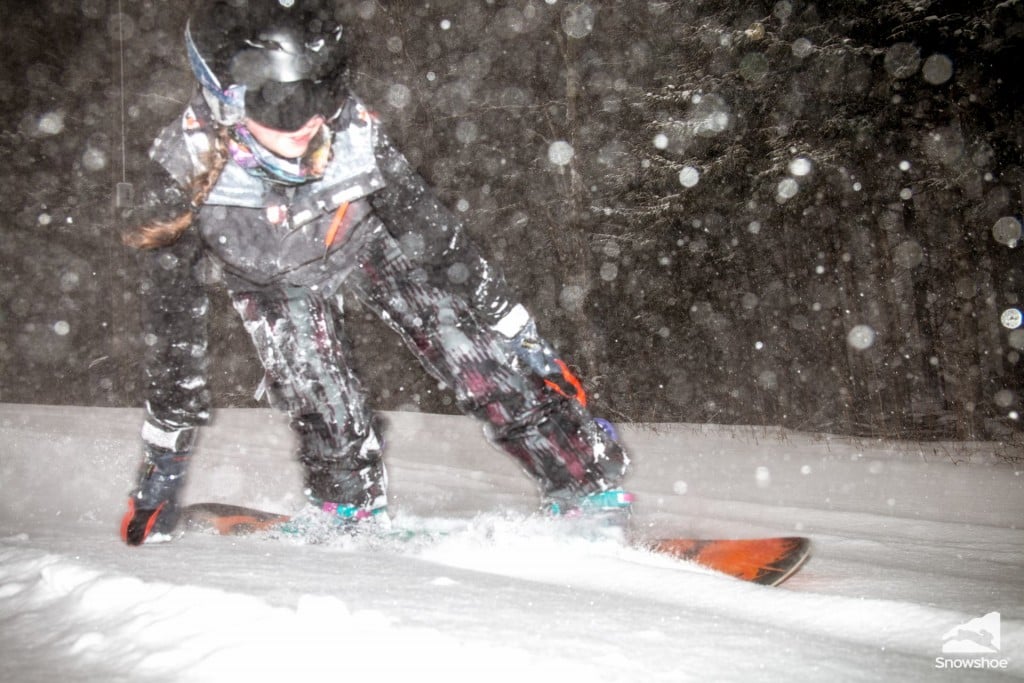 We have a mini-powder day alert!  If you live in in northern West Virginia or western Maryland, call into work now and let them know how sick you are.  Ha.  Seriously though, it’s shaping up to be a fantastic bluebird day on the slopes with 5-6″ of fresh snow for a handful of resorts.  The snow certainly was fun to watch yesterday.  I got back from the gym after work and was scoping them out and I had to tweet this out.  The Boathouse Cam at Snowshoe showed blizzard-esque conditions.

The groomers and other workers who immediately start prepping the trails in the main basin at Snowshoe had their work cut out for them yesterday evening/night.  Some tough conditions to work in to say the least.  That image at the very top is from out on the Silver Creek side (I assume) last night.  The night session had to have been fantastic.

Here are the numbers for snowfall yesterday…

As expected, the snow was mostly confined to the northern portion of the region.  Beech and Sugar Mountain saw an inch of snow, and that is being generous.  Most others at least saw some flakes fall throughout the day.  I know Homestead saw some flurries.  How you ask?  Well, I saw them falling while getting the new webcam up and running yesterday.  Here’s a view from it this morning. 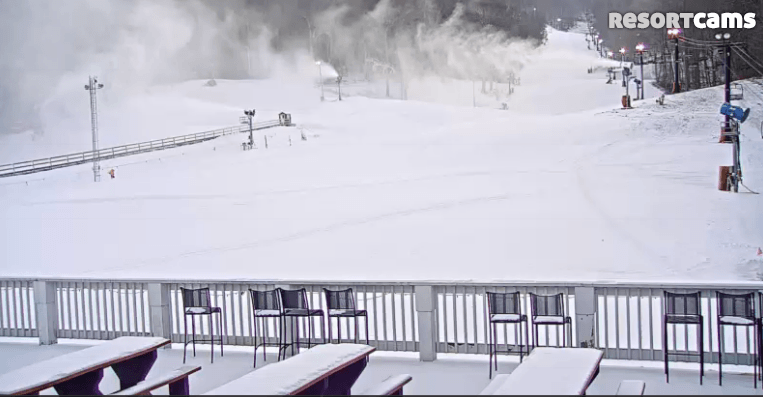 It’s one of the newer model cams and the image quality is SO MUCH BETTER.  You can CLICK HERE to view it.

So the forecast was pretty much spot on yesterday in terms of snowfall.  Good job NWS.  Today we’re left with some frigid temperatures though.  Snowshoe, Canaan, and Timberline all take the cake this morning for coldest locations at negative 4 degrees.  I believe that’s the first time I’ve seen negative temps at the ski areas this season.  It is brisk to say the least and will remain cold throughout the day at every resort, so make sure to bundle up if you’re out on the mountain.  I’m looking at all of the forecasts for the resorts and just about every single one has a high temperature below freezing today, even with bluebird conditions!  That means snowmaking all day long.  Sweet.

WCNC Chief Meteorologist Brad Panovich sent us his latest video forecast overnight and it’s another good one filled with lots of talk of persistent cold and the possibility of some decent snow.  Check it out below.

I alluded yesterday to the possibility of some rain on Friday, and that still looks to be holding true.  It’s in and out quickly though and the rest of the holiday weekend looks great, with plenty of cold to go around.  The West Virginia and higher elevation resorts in North Carolina all have snow showers/flurries in the forecast this weekend as well.  Appnet has Monday off and I’m pumped to go riding then.  I am thinking I might have to go try out Sugar’s new lift.  Heck, I might go riding Saturday too.  I’m going to the Panthers game (#keeppounding) on Sunday so that would be quite a weekend…two days of snowboarding with an NFL playoff game sandwiched in there!

Cataloochee has joined App Ski Mountain in the 100 percent open club.  They now have all 18 trails open for skiing and riding and they even mentioned having some park features out in their morning report. 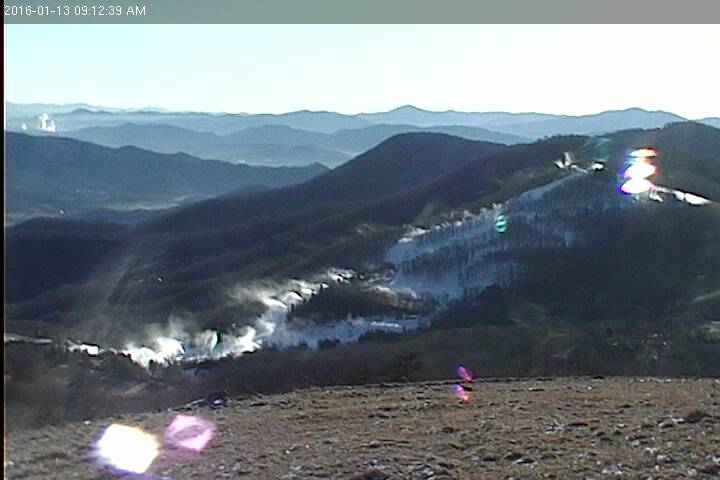 Cat is 100% open and looking good this morning from the Hemphill Cam.

Today is Family Day at Catalooche and a child 17 and under will receive a free lift ticket when accompanied by a parent purchasing an adult day, twilight or night lift ticket at the regular rate.  Cool!

Sugar Mountain has bumped up their open trail count to 12 by opening Oma’s Meadow (formerly Big Red) and Tom Terrific.  Oma’s is a pretty chill run with it’s own lift that helps space out the crowds on the mountain.  I saw some snowmaking going on over there on the Sugar Ski & Country Club Cam last night and figured they’d be opening it up today.  Tom Terrific is a black diamond at the top of the mountain that is super fun.

As I mentioned yesterday, I’m seeing a lot of remarks about additional trails opening in the coming days.  So we’ll see even more terrain opening up for the holiday weekend.

Finishing up, I’ll say that a few resorts (mainly a few here in North Carolina) have some reported AVERAGE base depths that are a little on the high end.  It’s the week before MLK Weekend so I guess it’s all about marketing, but hopefully they keep those in check and in the more realistic range.  Regardless, there’s a solid amount of snow on the open trails anywhere you look.

That’s it for today.  Stay warm everyone!