Snowshoe Mountain to Make Snow this Weekend. Could see 6-12″ of snow as well! 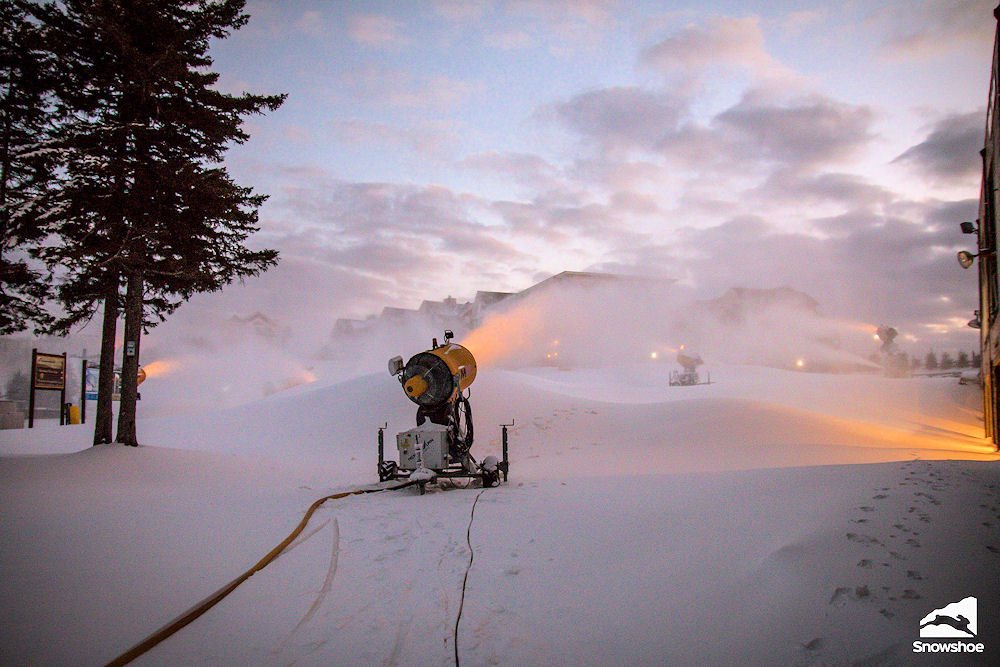 Another Day, Another Vail Snow Alert..

Blah, blah, blah, blah, blah. (Yes this is my reenactment of that part in the Groundhog Day movie where Bill Murray’s character finally goes off the deep end after Lord knows how many days begin the same way.

If you’re keeping count, Keystone has seen 37″ of snow in the last four days. 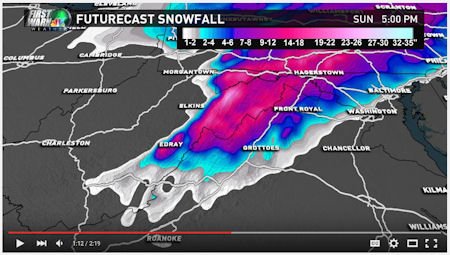 Our Meteorologist Brad Panocich sent me an email overnight titled, “Late Season Storm?” and his last skier’s forecast is provided below. The gist of it is that Snowshoe Mountain MAY SEE a foot of snow – although it does kind of look like they may only catch the tail end of that storm and perhaps see 4-6″ of wet snow.

Wisp Resort – which is now CLOSED FOR THE SEASON – could see a FOOT of snow out of this late season snow storm.

Catch the full video below.

While I’m thinking about it, I want to really thank Brad Panovich for being a world-class weather guru for us this season. I know by all of the emails that I receive from you guys, that you appreciate his weather insight each season and as challenging as this season was and remains – his forecasts were very helpful.

…and now Back to Our Regularly Scheduled Mountain Blog…

If you follow this FirsTrax news regularly you’ll know that earlier in the week we were expecting 1-3″ of snow around Beech and Sugar and that could still happen, but it does look a lot less possible now as we’re starting the weekend. Cold temps COULD allow for some snowmaking if Sugar wants to do some Saturday and Sunday nights.

Beech Mountain Resort announced yesterday that they will close for the season on Saturday. So there won’t be any snowmaking happening there.

Sugar Mountain Resort was down to 4 open slopes on Thursday and they proposed that they were working to get the slopes open back up to the top of the mountain – and they did just that. Today they are open with (9) slopes including coming off the Summit chair onto Northridge, around Switchback to Upper and Lower Flying Mile. Easy Street and Easy Street Extension are also open. THERE ARE THIN COVERAGE AREAS and bare spots.

There is NO WORD yet from any of the tight-lipped peeps at Sugar about them staying open after Sunday, but there are chances for some snowmaking Sunday and Monday and Gunther likes to ski…so don’t be surprised if they remain open for at least a few days past Sunday. Rain is in the long range forecast, so they could pull the plug after Sunday’s sessions. 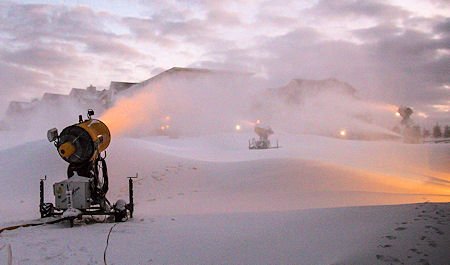 This is a file shot of Snowshoe making snow…not from today…yet.

I heard from SNOWSHOE MOUNTAIN’S, Shawn Cassell on Thursday and he emailed me, “We will make snow this weekend!” Snowshoe’s President and COO had already informed me that they would be able to remain open until March 27th.

With 39 slopes open and anywhere from 6″-12″ of snow in the forecast, things will be p-r-e-t-t-y sweet at the West Virginia resort.

Winterplace Resort is playing in 9 slopes today and they still look in pretty darn good shape via the LIVE CAMS.

WINTERGREEN WILL OPEN FOR ONE FINAL DAY SATURDAY

It’s the end of another great snowsports season and we’re going out in style! We’ll be open for one final day of fun in the snow on Saturday, March 19: The Slide & Splash Bash! We’ll have a Terrain Park Party and Pond Skimming, and your last chance to get some snow time until next winter, so come take your final slides of the season.

FOR ALL OF YOU POWDER HOUNDS…

I have been mentioning Keystone in nearly every FirsTrax report recently. With all of that snow I figured I’d show you what’s happening out there. Check it out: 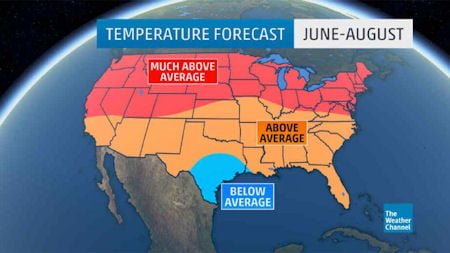 Well as IF we can take ANY long-range forecast with a grain of salt after every major weather prognosticator predicted 150% more snow than normal for our region back last August. Well this time around, I’m sure hoping the long-range guys get this one correct.

I’d LOVE to have another summer like we had last summer with warm to hot temps and dry weekends! It’s great for lake season and it’s great for our mountain communities which thrive on flatlanders leaving the heat off the mountain.

That’s all I got…

Previous Post
Happy St. Katie’s Day…
Next Post
A White Christmas Wasn’t in the Cards, But a White 1st Day of Spring is…